A recent study from the University of Texas-Austin, one of the most comprehensive on methane leakage from shale gas emissions to date, found that 99 percent of the greenhouse gas escaping from wells being prepared for production could be captured by state of the art equipment.

The study’s findings were celebrated by environmentalists, but immediately criticized by two Cornell University scientists, Robert Howarth and Anthony Ingraffea, whose 2011 study found fracking operations responsible for catastrophic levels of methane. Howarth claimed fracking could push the world over a tipping point and send world temperatures irreversibly higher, though many independent researchers have discredited his conclusions.

Howarth’s projections were deemed “absurd” by Michael Levi, director of the Program on Energy Security and Climate Change at the Council of Foreign Relations, who explained that most methane gas is either “delivered to sales” with no leakage or burnt off through flaring, diminishing its greenhouse impact.

Cornell geologist Lawrence Cathles also argued that Howarth appeared to have deliberately used 2007 data in his study, increasing his estimates by at least 10-20 times. The US Energy Department, University of Maryland, Massachusetts Institute of Technology, Carnegie Mellon University and the Worldwatch Institute rejected Howarth’s findings as greatly inflated.

According to Forbes contributor Jon Entine, Howarth’s opinions may have been influenced by the Park Foundation, an organization said to have poured millions of dollars into anti-fracking ventures in recent years:

“It’s more than likely Park money is funding organizations behind the coordinated response campaign to the Texas study and the attempt to smear the Environmental Defense Fund. Howarth has established money ties to Park.

Two years ago in an interview for an investigative story on Park and Howarth for Ethical Corporation, the Cornell professor blurted out to me that he was recruited by a Park Foundation family member who thought a university study criticizing fracking and challenging the ‘green credentials’ of shale gas would advance the cause… He pocketed $35,000 of Park’s money—before beginning his research.”

In light of the controversy surrounding Howarth’s opinions, climate scientists are stressing the importance of keeping political views private. Tamsin Edwards, a climate scientist at the University of Bristol, in a statement to the Breakthrough Institute said:

“I believe advocacy by climate scientists has damaged trust in the science. We risk our credibility, our reputation for objectivity, if we are not absolutely neutral. At the very least, it leaves us open to criticism. I find much climate skepticism is driven by a belief that environmental activism has influenced how scientists gather and interpret evidence.”

Emphasizing the importance of retaining a distinction between science and politics, she explained, “In this highly politicized arena, climate scientists have a moral obligation to strive for impartiality. We have a platform we must not abuse…. Science doesn’t tell us the answer to our problems. Neither should scientists.”

This article was originally published by IVN a non-profit news platform for independent journalists. 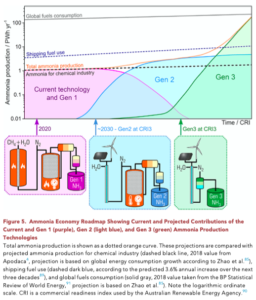