By competing with each other in clean transport technology, Europe and China have the opportunity to keep oil prices, demand and production down, says Carl Pope, environmentalist and climate advisor to Michael Bloomberg

There is an unspoken power within Europe’s Covid-recovery strategy of challenging Chinese dominance in the market for decarbonised transportation – both battery or hydrogen enabled. The automotive industry sees the plan as a way of achieving superiority of the new drivetrains, but the European and Chinese authorities can view it more broadly as a partnership. It will, implicitly, forge a counter-cartel of oil consumers and importers, with the potential to restore economic boon to both economies and contribute to the fight against the climate crisis.

This outcome was not ordained. Europe’s car-makers pressured the European Union (EU) and member governments to divert limited post-Covid stimulus funds to the incumbent internal combustion engine market, and to facilitate the recovery, urged the bloc to weaken the emission and fuel economy standards which were accelerating the transition from oil to electricity. Europe declined.

Instead, both France and Germany – heavyweights within the European Union – dedicated their relief funds to accelerating electrification. France put up €8 billion to strengthen its position as an electric vehicle (EV) manufacturing center, including a €7000 purchase incentive, with manufacturers Renault, Citroen and Peugeot committing to increase EV capacity. President Emmanuel Macron announced that his goal was for France to become the leading EV maker in the world.

If you also note that in 2019 the EU outpaced China in its investments in electrification and set tougher emission standards for its overall transport fleet, Europe’s ambition to compete with China suddenly seems more plausible. Clearly having Europe and China compete for EV leadership is enormously important to the world’s efforts to tame climate change. Oil, not coal, has now become the biggest driver of greenhouse gas pollution, and oil demand is more than two-thirds sustained by transportation.

But moving cars, trucks and planes off petrol and diesel is also a key strategy in rebalancing the global economy that is little discussed and poorly understood.

Around 80% of the world’s population lives in countries that import the bulk of their oil. The EU and China are the largest importers but countries like Turkey are also highly dependent on imports. Demand for oil at the pre-Covid levels – roughly 100 million barrels a day (mbd) – requires the production of some pretty expensive fuel, which saw prices reach as high as $70/barrel in January.

Much of that 100 mbd comes from the Persian Gulf and Russia, where the cost of pumping a barrel can be as low as $10. As a result, enormous amounts of money is transferred from importing nations to OPEC and Russia, as “petroleum rents”, unearned profits for sitting on cheap oil – a sum which in recent years has soared as high as 5% of global GDP.

But that $70 price is very brittle. Small reductions in demand eliminate the need for that expensive $70 barrel and cause the price of all oil to plummet. The $20/barrel price that oil briefly reached during the Saudi-Russian price war at the start of the year was temporary and unsustainable. But even with the globe’s economy coming closer to normalcy in terms of demand for transport services, oil is hovering around $40/barrel, despite Saudi Arabia and Russia artificially suppressing demand by around ten million barrels.

So if Europe and China – and the Japanese and American automakers who aspire to serve these markets – can accelerate the growth in EV sales fast enough to capture an additional 1.5% of transportation market share each year, there will be enough $40 oil available to OPEC and Russia to serve the slowly shrinking market.

Western oil companies also have significant reserves of oil which they can pump profitably for less than $40. But there will be few opportunities to invest in brand new oil fields that will be profitable if $40 becomes the new normal price. To accomplish this, China and Europe jointly need to increase EV sales and vehicle efficiency fast enough to reduce demand by at least a million barrels a day each year – about 3%.

But if the EV revolution stalls, and market share and efficiency fail to grow quickly enough to reduce overall demand each year by 1%, then OPEC and Russia can drive the price back towards $70/barrel, increasing the petroleum rents oil importers pay for each barrel by up to $30.

Investors and oil companies will then rush in to develop new, higher-priced oil fields, hoping to be able to profit in a $70/barrel market. This failure would cost Europe over $200 billion a year in higher oil imports. China’s penalty would shortly reach that level as its oil consumption continues to grow.

Each barrel of oil saved, of course, is a barrel that is not imported. But in addition, each barrel saved helps drive down the price of the remaining barrels that are used – and the biggest cost savings come from this price effect, not the impact of efficiency and electrification on volume.

Based on calculations by Carbon Tracker, only if the world consumes oil which costs $40 or less, it can stay within its 2°C carbon budget. Any oil that is more expensive is outside the carbon budget – so we will not be able to drive our economies off oil because petroleum remains too profitable.

Expensive oil means we are failing. But if oil-importing nations recognise that keeping the price of oil down to the carbon compliant $40 level also generates phenomenal oil imports savings this motivation should take the place of the punishment inflicted by $70-100 oil.

Interesting catch-22 this conclusion would seem to provide-- reducing demand for oil is a good thing, but if we also increase it's price that makes it harder to 'leave it in the ground.' Is perhaps the answer imposing a wider, stricter, and higher carbon price through some means? If the oil price increases but it's going to a carbon tax, not the producers themselves, then that will hasten the shift to electricity while also reducing the profitability of the oil E&P industry and the various oilfields they're sitting on

Some context about author Carl Pope:

"The Sierra Club took $26 million from one of the nation's largest natural gas companies for three years while at the same time hawking natural gas as a clean, green energy source", noting Pope "often spoke warmly about gas as an alternative to coal in power plants."

• In 2011 Pope expressed support for the "Pickens Plan", a scheme whereby billionaire T. Boone Pickens sought to power the U.S. with a combination of windmills and natural gas (methane). Soon thereafter windmills were dropped from the plan, revealing it as little more than a marketing tool for methane. In 2011, Yale Environment 360 reported

"Pickens is an oil and gas man whose fortune and business interests are grounded in fossil fuels...Today, he heads BP Capital, which invests in the oil, gas, and energy sectors."

• Pope has been Senior Climate Advisor to billionaire Michael Bloomberg since 2017.
• Bloomberg investment manager Steve Briner admits, “We are natural gas bulls. We think oil is well priced. If we can generate new supplies at a discount to the spot price, we will do it,"
• In the book Climate of Hope, Pope and co-author Bloomberg  write "Natural gas, when safely and responsibly extracted, has been a godsend", that “fracking allows for the most efficient extraction of natural gas.” 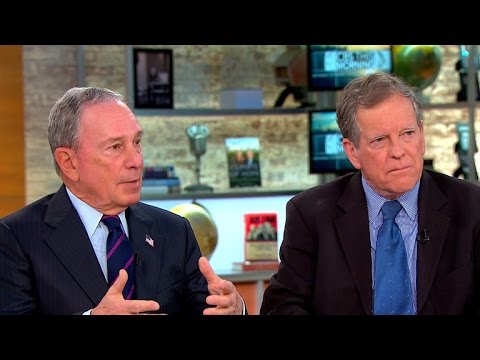 Another gas shill. Next...

Bob Thanks for some great FACTS. They really change our view of the Sierra Club. Our city uses NG and CNG saying it's CLEAN but it is still gas that pollutes and comes from Fracking.

As far as the Oil prices the USA still subsidies big Oil as it has for over 100 years. It allows Fracking and doesn't force big Oil to pay for spills. If there were a simple 10% a year drop in subsides we could have changes to Renewable Enegy much faster. Instead they put 1 or 2 year limits on incentives for Wind and Solar. We just don;t have the rules working the right way.

Gas may be better than coal, it may be worse (depending on how much is leaked), but in the end it's Just Another Fossil Fuel. And it's not just Sierra Club - Environmental Defense Fund (EDF) and Natural Resources Defense Council (NRDC) both stand to make $millions from sales of natural gas as well.