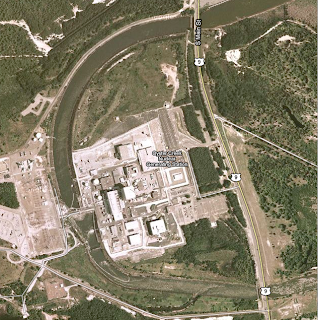 I received a depressing press release last evening. Exelon has announced a decision to close Oyster Creek in 2019, 10 years before the expiration of its current operating license.

The company has announced that the decision is based on several factors. As the plant ages the cost of maintenance gradually increases; the selling price of the produced electricity in the current market is not high enough to provide a sufficiently generous rate of return after paying the gradually increased cost of operations; the State of New Jersey has determined that the waste heat from the plant is warming the Atlantic Ocean enough to warrant a requirement to spend approximately a billion dollars building a closed cycle cooling system.

Due to the lower-than-desired rate of return from the combination of increased maintenance and temporarily low selling prices, the company has apparently struck an agreement with the state to allow operation for 10 years without adding the cooling towers. Exelon has promised that it will keep the plant operating safely and reliably up until the day it shuts down for good. As the company stated in its press release.

Exelon reaffirmed its commitment to running the plant safely and reliably for the remainder of its operational life.

“Our employees take great pride in operating Oyster Creek to the highest standards of safety and efficiency,” Crane said. “Our team of skilled and dedicated employees will continue to operate Oyster Creek well with a strong management team in place and a commitment to being a good corporate neighbor.”

As a result of the decision, if a previously unplanned nuclear project does not start soon, the mid-Atlantic region of the United States will lose access to about 4 billion kilowatt-hours of reliable, low fuel cost, emission free electricity every year. Since no non-fossil fuel energy source can replace the stable, predictable output of a nuclear plant, replacing those kilowatt-hours will result in burning about 110 million cubic feet of natural gas for an average of 335 days per year. The increased demand for gas will put a bit more pressure on already tightening gas supplies and will add to increased costs for heating and chemical production.

The decision to retire Oyster Creek will nearly wipe out all of the emission free generation capacity increases that Exelon has proudly announced it will be achieving over the next ten years with a $5 billion program of nuclear plant power uprates. By any honest accounting, the Exelon 2020 plan will have to count this early retirement as a very large step backward after making a few small steps forward by adding 20-100 MWe of capacity to each of several existing plants.

I freely admit that the written text of the press release does not use the words I just wrote. Those words are between the lines, behind closed doors and in winks and nods I have seen during the past several years worth of conversations with people who have a direct stake in the process.

Here is a bitter congratulations to the forces who talk about their concern for the environment while actually working against progress in reducing emissions. I’ll bet there are some people whooping it up in activist headquarters – and in the trading offices of the natural gas companies.

I’ve had arguments with activists who say they see climate as apocalyptic, a problem so grave and so far advanced its time to prepare for the end its that bad, who still whip out the “what are you going to do about the waste” trump card often favored by anti-nukes.  Well let’s see, we could leave it in the parking lot for another 100 years in case anyone needs it….   Meanwhile the wastes of fossil fuels cause the big problem he’s worried about and natural gas is “green”.  It would be a joke except I tend to agree that the climate problem is serious. Its laughable anyway – at some point you get past despair when you have to live staring at climate all the time.

One possible silver lining is the history of what happened in Europe.  I’m sure you are aware.  Sweden used nuclear to phase out of oil in its electricity sector, then they decided the nukes had to go.  All reactors were slated to close, and this in a country that had a very large nuclear sector.  They reversed themselves in 2009.  The country has an ambitious climate policy.  They realized they can’t have an ambitious climate policy without nuclear.  The US will realize this one day. The yellow part of the chart is nuclear.  You can see the blue oil disappearing as they ramped up nuclear in the early 1970s as their response to the oil shock of that period.  The dark blue is hydroelectric.