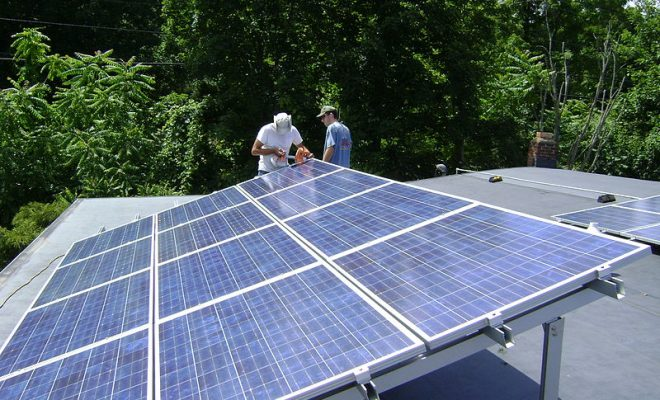 The climate crisis can unite Canadians rather than dividing us as long as the country can “move forward in a way that leaves no one behind,” former tar sands/oil sands workers Bruce Wilson and Lliam Hildebrand write in an op ed this week for the Edmonton Journal. And “our nation’s energy sector workers are ideally positioned to help build a vibrant and globally competitive clean energy sector.”

The fossil industry “has been—and continues to be—a key driver of Canada’s economy,” write Hildebrand, executive director of Iron & Earth, and Wilson, a member of the organization’s board. “Both of us had successful careers in the energy sector, but realized, along with an increasing number of energy workers, that the transition we need to cope with climate change could not be accomplished solely from within the industry.”

That’s because, “even as resource companies innovate to significantly reduce the carbon burden of each barrel, the total emission of greenhouse gases from all sources continues to rise,” they add. “The bottom line is inescapable: we must reach net-zero emissions by 2050 in order to prevent runaway global warming.”

A 2016 Iron & Earth survey of skilled trades workers found that 63% believed their existing skills could be transferred to the renewable energy economy with some training, and 86% expressed interest in that training.

Whoever forms the next federal government, Wilson and Hildebrand are looking to Ottawa to support the transition. “It will take unparalleled courage and political leadership motivated by an understanding that addressing climate change, while also developing our energy industry, doesn’t have to divide the country,” they state. “Our only shot at avoiding the very worst of the climate emergency is if we do this together.”

But they also point to a powerful opportunity to be tapped. “Fossil fuel infrastructure has a similar industrial ‘DNA’ to sustainable energy infrastructures, such as biofuels, biomass, geothermal, hydrogen, and many other large-scale steel infrastructure projects,” they write. “These projects require many of the same skill sets, the kind of attributes found in abundance in our oil and gas work force.”

Wilson and Hildebrand stress that job loss and economic decline in the Alberta oilpatch can no longer be used as reasons for inaction. “These are excuses that no longer wash with energy workers or the public,” they write. “While thankful for all that the fossil fuel industry has given Canada over the years, we all see the writing on the wall. It’s time to change, and energy workers are ready to help.”