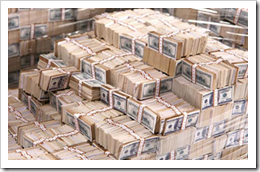 (WNN) Investment in nuclear power totaling around EUR500 billion (USD565 billion) by 2050 will be needed if the European Union’s goal of carbon neutrality is to be hit, the European Commissioner for the Internal Market Thierry Breton has said in an interview with France’s Le Journal du Dimanche.

Breton, speaking after the EU proposed to include nuclear and natural gas in the taxonomy, said nuclear energy had a fundamental role to play if the  EU was to achieve net-zero.

“To achieve carbon neutrality, it is really necessary to move up a gear in the production of carbon-free electricity in Europe, knowing that the demand for electricity itself will double in 30 years,” Breton said.

He said that the taxonomy, which is designed to allow access to capital on favorable terms if they have a “green label,” would be crucial for nuclear to attract the finance needed, adding that “the objective of zero emissions implies the mobilization of colossal investments.” He said that existing nuclear power plants require EUR50 billion investment by 2030, with EUR500 billion required by 2050 for new generation.

“The green transition will lead to an industrial revolution of unprecedented scale,” Breton said.

He said that around half of the EU’s member states had decided to include nuclear power in their energy mix while “some prefer to bet on gas”.

“I am not passing judgment on the sovereign choices made by states,” he added. “The main thing is that the effort of the European continent, by far the most committed in the world for the protection of the planet, can be successful within the allotted time.”

France Expects Next Fleet of Reactors to Be Complete by 2035 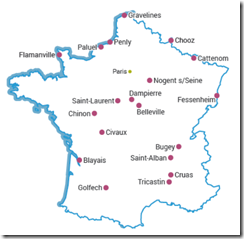 (Wire services) The French Government boosted its commitment to dealing with climate change this week with an announcement that it expects the next fleet of nuclear reactors to power the nation to be complete by 2035.  (Map right courtesy of WNA)

According to wire service reports, Berangere Abba, Secretary of State to the Minister for the Ecological Transition, said during a parliamentary debate on 01/06/22 that the government is looking for plans for new nuclear reactors to be submitted in 2023. The announcement comes as a result of a commitment French president Emmanuel Macron made at the COP26 climate conference to invest billions of dollars in new nuclear plants.

She said the new reactors would be EPR2 models, which is an improved versions of EDF’s 1600 MWe European Pressurized Reactor (EPR). The current design has been been a financial disaster for Finland and for France with FOAK units in both countries experiencing staggering cost overruns and schedule delays. Previously, the government had said it would not launch any new third-generation EPR reactor projects until Flamanville 3 is completed.

According to Ms. Abba, in her statement, she said EDF, which inherited the original design from Areva, has submitted safety documentation to the Autorité de sûreté nucléaire (ASN) for the new model and that the regulator had validated its design concept.

According to media reports, EDF submitted a proposal to build six new generation EPR2s for around €50 billion ($56.8bn) or $11.4 billion each. At 1,600 MWe, the cost is $7,100/Kw. Given that the construction period will not begin until the end of this decade, at best this is a projected cost estimate and not a firm fixed price.

The current French fleet has 56 reactors. According to a profile of the French nuclear fleet, the oldest reactor was built in the early 1970s the newest in the late 1980s. All of the reactors will be 50 years old or more by 2030.

Czech Republic to Launch Tender for 1200 MWe PWR for Dukovany 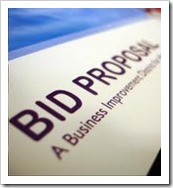 Czech utility CEZ expects to announce the tender process for a new reactor at Dukovany in February CEO Daniel Benes said in a radio interview.  He said the company is ready to accelerate and expand its nuclear plans to potentially build four new reactors in light of the EU Taxonomy.

Beneš said that a timetable for the tender could be confirmed “sometime in early February” and the actual process would begin quickly. He added that a startup by 2036 is “realistic.”

Benes said in response to a question from the news media that he is confident about the prospect of continuing to expand nuclear energy after the new Dukovany unit. “The site at Temelín has always been intended for four large units,” he noted. “There is room for [new build], so it is on offer.”

Setting up an entirely new nuclear power plant would be “a big problem in terms of permitting”, said Benes. “So if we are going to build more units somewhere after the Dukovany unit, it will be two units at Temelín. That means Temelín 3 and 4, and then we can talk about Dukovany Unit 6.”

“Whether it is in the new units at Temelín or Dukovany unit 6. We will speed up everything that we can,” said Beneš. Recent representative public polling in the Czech Republic showed support for the use of nuclear power at 65%, while 93% of people want the country to remain self-sufficient in electricity generation.

CHG said the two Changjiang Hualong One units are expected to be online at the end of 2026 and cost about €5.6bn ($6.3bn). The Hualong One is a 1000 MWe PWR. At this cost the price price for each, $3.25 billion, comes in at the low price of $3,250/Kw. Due to differences in Chinese construction cost accounting methods, the price is not directly comparable to western nuclear reactor projects at the same scale and for similar technology. 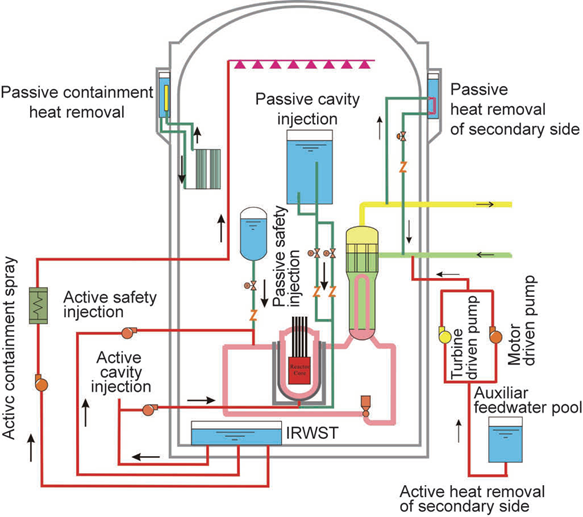 Conceptual diagram of a Hualong One

According to the International Atomic Energy Agency, the Sanaocun nuclear station, south of Taizhou in the eastern province of Zhejiang, has one Hualong One unit under construction since 31 December 2020.

The Changjiang nuclear power station in the island province of Hainan, southern China, has had two units in commercial operation since 2015 and 2016, both of the 601-MW domestic CNP-600 PWR design. Construction of a third unit, a Hualong One at Changjiang-3, began on 31 March 2021.

Reports said the station will eventually have six of the domestically developed PWR units for a combined output of 6 GWe, but only two have so far been authorized for construction.

China now has 10 Hualong One units under construction at five sites – two at each of the Zhangzhou, Taipingling, Fangchenggang, Changjiang and Sanaocun sites.

Fuqing-5 in the southeastern province of Fujian is China’s only commercially operational Hualong One. Fuqing-6, also a Hualong One, was recently connected to the national grid and is close to going commercial.

The IAEA says China has 53 commercial nuclear plants in operation, but the addition of Sanaocun-2 and Chiangjiang-4 will take that to 55. It says there are 13 units under construction – a figure that now increases to 15.

The International Energy Agency said in September that nuclear power could expand rapidly if China meets its Paris Agreement goals on carbon neutrality. Potentially, it could become the largest commercial reactor fleet in the world after 2030. 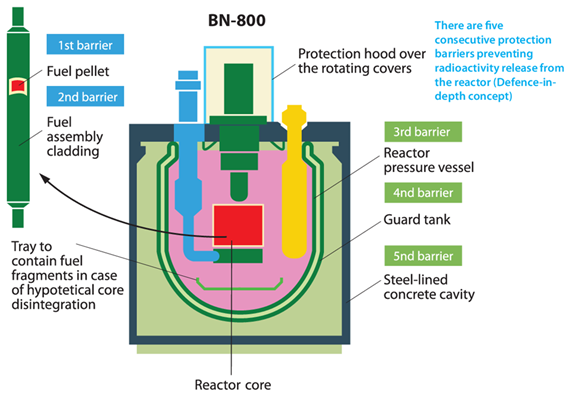 In February 2021, a third of the reactor core was loaded. Operator Rosenergoatom said at the time that from then on only MOX fuel would be added to the BN-800 core. Currently, 60% of the core is MOX fule. Mr. Sidorov said that,
“Taking into account the scheduled pace [of loading] we will be able to fully switch to MOX fuel in 2022.”

The industrial production of MOX fuel in Russia is part of a federal program to develop a new generation of nuclear technologies. The MOX fuel project was led by Tvel. Production began in late 2018.

State nuclear corporation Rosatom has said the fuel pellets in the MOX assemblies were made of a mixture of depleted uranium oxides accumulated from enterprises connected to Tvel and plutonium oxides separated during the reprocessing of spent nuclear fuel.

Recycling fissile material in this way is known as closing the nuclear fuel cycle. The overall toxicity, fissile content and volume of the waste produced is reduced while the fissionable residuals are recycled for energy production.

The Beloyarsk nuclear power station is near Yekaterinburg in central Russia. Apart from the BN-800 at Beloyarsk-4, there is another commercially operational fast reactor unit at the site – the Beloyarsk-3 BN-600, a smaller version of the BN-800.

(Nikkei) Japan said it will deploy and R&D strategy within the next six months and that a key milestone in it will be the goal of operating a commercial prototype fusion reactor by around 2050. The strategy, which has not yet been produced, will likely specify, at least initially, exploration of multiple technological scenarios for development.

Japan plans to increase the competitiveness of its domestic industry by promoting research and development of equipment needed for fusion power generation. The technology acquired by participating in ITER will be applied to a domestically produced prototype reactor. The hope is that in the future it will become a baseload source for stable power supply.

In Japan, small and midsized companies are working on making components for nuclear fusion reactors. The government will consider support for them to boost technological innovation.

Investment in nuclear fusion ventures is growing in the U.S., and in the U.K., a “government fusion strategy” is in place and there is a goal to build a prototype reactor by 2040.

Prime Minister Fumio Kishida mentioned his support for nuclear fusion in connection with a clean energy strategy in a recent press conference.

Japan is working with the U.S. and other countries on the International Thermonuclear Experimental Reactor (ITER), which is now being built in France. The project aims to see if the technology is technically feasible, though it will not generate electricity. Assembly began in 2020 with completion slated for 2025.