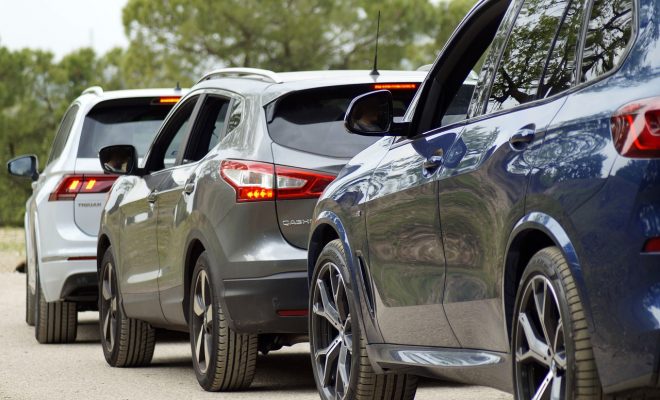 The European Union is boosting its greenhouse gas reduction target to 55% from 1990 levels by 2030, prompting negotiators to take a victory lap but climate analysts to raise warnings about loopholes in a deal that still doesn’t go far enough, fast enough toward decarbonization.

“Five years after the Paris agreement, the EU wants to be a leader in the fight against global warming,” The Associated Press writes. “Yet the bloc’s heads of state and government were unable to agree on the new target the last time they met in October, mainly because of financial concerns by eastern nations seeking more clarity about how to fund and handle the green transition.”

In the latest round, “another delay in revising the EU’s current 40% emission cuts objective for 2030 would have been particularly embarrassing before the virtual Climate Ambition Summit marking five years since the Paris deal, and leaders worked to the wire to seal a deal,” AP says. Eventually, “the deal came after more than 10 hours of negotiations late Thursday into Friday morning,” Deutsche Welle reports.

The 2030 plan “will require major overhauls of the energy and transport sectors as well as a huge push to renovate and retrofit buildings to make them energy-efficient and able to charge electric vehicles,” DW adds. EU officials are now calling for massive investments “to help those countries with a higher reliance on fossil fuel to manage the transition.”

In the end, the deal was structured to quell the objections of the former East Bloc countries, after what one diplomat called “intensive consultations” went through the night. “Poland, backed by other coal-dependent central European countries, had been holding out for guarantees on funding to pay for a clean energy transition,” DW says. “Those states said it was unfair that all member states should commit to the same goal without considering their respective energy dependencies.”

So “to win their approval, member states agreed that the new target should be delivered collectively.” After the deal was done, “Polish Prime Minister Mateusz Morawiecki said his country had achieved its goals, securing additional cash from the EU modernization fund.”

German Chancellor Angela Merkel greeted the 55% target as a “very, very important result,” adding that “it was worth staying up all night for that.” But European climate hawks weren’t so sure.

“Reaching an agreement on the new climate target is a vital and necessary step to help limit the escalating climate crisis,” said Climate Action Network-Europe Director Wendel Trio. “But given the profound existential threat we are facing, EU leaders cannot allow overly high emissions to continue for another decade and will need to go beyond the agreed target. Science is clear that at least 65% emission cuts is the way forward.”

The other problem is that, “contrary to the previous target, the new one is a ‘net’ target and includes carbon sinks from land use and forestry sectors,” CAN-Europe adds in a release. “This means that emitting sectors, including transport where emissions have been still on the rise lately, will need to decarbonize less to reach the agreed target. As the [European] Commission indicates itself in its 2030 Climate Target Plan, if the EU is successful in implementing the Commission’s biodiversity objectives, carbon removals could represent up to 5% of emissions. In this case, the real emissions reduction target would be as low as 50%.”

Brussels-based Transport & Environment welcomed the decision, but noted that governments had postponed the decision on how the broad target would be divided among the EU’s 27 member states. “Leaders have upped the EU’s ambition, but are they willing to do their fair share at national level?” asked T&E Climate Manager Ellen Valkenborgs. “Without stronger national targets, there is little incentive for governments to tax new polluting vehicles and end subsidies for diesel and petrol company cars, measures which are as important as EU CO2 standards.”

T&E also warned that European Commission President Ursula von Leyen is proposing to phase out the effort-sharing law that currently guides national targets, or exempt some key sectors from a rule that currently spans road transport, buildings, agriculture, and waste. “If governments were no longer required to bring down emissions in road transport and buildings, those sectors would be included in the bloc’s carbon market,” the organization stated. “Citizens would have to pay more for their road fuel and heating through higher carbon prices. Lower-income households which cannot afford to upgrade their vehicles and retrofit their homes would be hit the hardest.”

“It’s now in EU leaders’ hands to put forward a plan that guarantees minus-55% is delivered,” Valkenborgs said. “Strong national targets need to be part of it. Without making the effort sharing law more ambitious, governments will put the target just agreed at risk.”