In late August, the Biden-Harris campaign came out with its strongest endorsement to date of ethanol and other biofuels, as Biden publicly criticized the Trump administration’s escalation of waivers exempting oil refineries from requirements to blend biofuels into their fuels. Political pressure over biofuel requirements have escalated in recent months as profit margins for oil revenues have plummeted and the cost of biofuel credits (also known as RINs) have risen. In response, senators and representatives from ethanol-producing states like Iowa have been advocating for biofuel aid in the next coronavirus relief package.

Debate persists within the scientific research community about the true climate impacts of scaling up biofuels and bioenergy. Concerns continue over indirect land use change (and its associated carbon losses), the sequestration opportunity costs of converting cultivated lands into biofuel feedstocks versus reforestation, and high demand for agricultural lands to meet the food security needs of a growing population.

Yet bioenergy is already a valuable renewable energy resource, accounting for 9.5 percent of total primary energy supply and 70 percent of renewable energy use today. Traditionally, bioenergy has taken the form of burning wood and charcoal for cooking and heating. Emerging bioenergy applications include building and industry heating, electricity production, and transportation. A distinct advantage of biofuels is that they can supplant baseload electricity demands currently met through burning fossil fuels. Biofuels are also a relatively low-cost alternative to the high-energy density fuels needed in aviation and shipping.

Looking to the future, most scenarios that curb climate change to less than 2°C by 2100 rely heavily upon rapid scaling up of biofuels to offset emissions, especially within the transportation sector (including hard-to-decarbonize aviation and long-distance transport like trucking) as well as in the industry sector. (To learn more refer to the past review on negative emissions and land use by John Katzenberger.) Advocates point out that large bioenergy systems have the potential to not only displace fossil fuel emissions but sequester carbon in soils of feedstock crops, biochar, or when coupled with carbon capture and sequestration (BECCS). Critics, however, point out that bioenergy at scale is land intensive, which will likely bring it into competition with food production (even with increasing crop yields), as well as habitat conservation and restoration priorities.

Two recent publications investigate questions about when and how biofuels and bioenergy can be sustainably deployed in the coming decades.

The first is a recent publication in Proceedings of the National Academy of Sciences by lead author John Field (Colorado State University), which lays out a new analysis of ecological, engineering, and life cycle emissions accounting models to assess biofuel feedstock cultivation and production compared to other natural carbon dioxide (CO2) removal techniques such as reforestation.

The study runs 70-year simulations to compare the productivity, carbon fluxes, and net ecosystem carbon balance (NECB) of different land types when converted either to biofuel production (perennial switchgrass) or restored to native grassland or forest (Figure 2). Three case studies, all in the eastern half of the U.S., compare conversions of cropland, pastureland, and forested land. The study also compares biofuel refinery configurations (current and future technologies, with and without carbon capture and sequestration (CCS) of the high-purity CO2 streams that result from biofuel production). The case studies also model current switchgrass productivity compared to a future switchgrass cultivar with significantly higher yields.

By contrast, converting forest to switchgrass doesn’t have any mitigation potential unless utilizing a future higher-yield switchgrass variety with CCS over an extended period of time (Figure 3, scenario C). In switchgrass scenarios planted on croplands or pasturelands, gains in NECB reflect increases in soil carbon stocks. In scenarios where secondary forests were removed and replaced with switchgrass production, significant losses in NECB were observed.

Notably, the study finds factors such as existing land use cover type, refinery technology, and CCS implementation have much larger impacts on mitigation potential than other recent literature estimates. That said, the study does not factor economics, deployment scale, or biodiversity impacts into its scenarios or discussion.

Another 2020 publication, in Global Change Biology by lead author Walter Reid (David and Lucile Packard Foundation), lays out a strong case in favor of advancing bioenergy, but more for its utility in the next three decades. The authors assert bioenergy will ultimately be constrained to a transitional energy source due to its fundamental limitations: finite land availability, low yields of energy per land area, and quickly advancing competing technologies.

For instance, bioenergy’s current potential in the electricity sector is meeting baseload needs, but the authors of the Reid paper predict by mid-century bioenergy will be in competition with advanced storage and other energy sources to meet inter-day and seasonal load balancing. As baseload electricity becomes increasingly supplied by renewables like wind and solar, there will be less demand for bioenergy’s role as a substitute in coal-fired power plants and more of a need to meet increasing demand for dispatchable power to balance the intermittency of renewables.

By midcentury, biofuels may also increasingly compete with other renewable fuels to fill the niche for alternative high-energy density fuels used in aviation and shipping.

Reid argues that even BECCS, which is considered a very strong and distinct advantage of bioenergy development (and which is heavily relied upon in integrated assessment models), may not be the dominant solution to negative emissions as it is often modeled in climate mitigation scenarios. Rather, rapidly advancing direct air capture technology is projected to be in the same price range as BECCS by mid-century and may be more advantageous by then as land pressures mount.

The Reid paper recommends that policies advancing bioenergy development in the short-term avoid physical, institutional, and behavioral lock-in in the long-term, creating opportunities for other technologies that may ultimately replace bioenergy. The Field paper also advocates for land-use and bioenergy systems policies that take into account the well-documented sustainability pitfalls that can counter the carbon mitigation potential of bioenergy. Instead, policies should promote a portfolio of land-based mitigation strategies, recognizing many competing incentives (economic, biodiversity, ecosystem co-benefits, and food production).

According to the Reid paper, examples of such policies include accurate and rigorous greenhouse gas accounting systems; favoring biomass sourced from waste or ecosystem improvement strategies (e.g., wildfire risk reduction, growing on low-carbon stock lands that would otherwise be unused); avoiding bioenergy from naturally regenerating forests unless using waste removed for site improvement (and not all logging slash falls under this category); and incentivizing timely replacement technologies.

Recognizing that these policies (especially rigorous accounting) might not be possible for all countries, Reid advises more easily implementable policies that aim for the same outcomes: prevent bioenergy production on land that would naturally regenerate as forests; opt for best practices accounting instead of treating all biomass as a zero-emissions feedstock; and stop the expansion of biofuels produced from food crops or from converting viable cropland into biofuel production.

Both papers highlight the unique benefits of biofuel production as opposed to other land-based mitigation strategies. The Field paper underscores that negative emissions achieved through BECCS or biochar coproduction are less susceptible to carbon losses from sudden land use changes like land conversion or wildfires. Both publications repeatedly call out the unique economic opportunity that biofuel production presents for landowners, providing an alternative to other payment strategies (such as payments for carbon or ecosystem services), while improving soil quality and carbon stocks.

A review of both papers makes clear that biofuels and bioenergy have a unique role in the coming decades of the energy transition. If policies are well designed and well-known sustainability pitfalls are bypassed, that role can sustainably meet niche needs while additional and alternative technologies mature and deploy at scale. The exact scale of sustainable bioenergy is still speculative, but scientific papers put it in the range of 26 to 100 EJ/year. It is important to note that this range falls short of the level of bioenergy deployment needed to meet most 1.5°C scenarios according to the IPCC Special Report on the impacts of global warming of 1.5°C above pre-industrial levels. 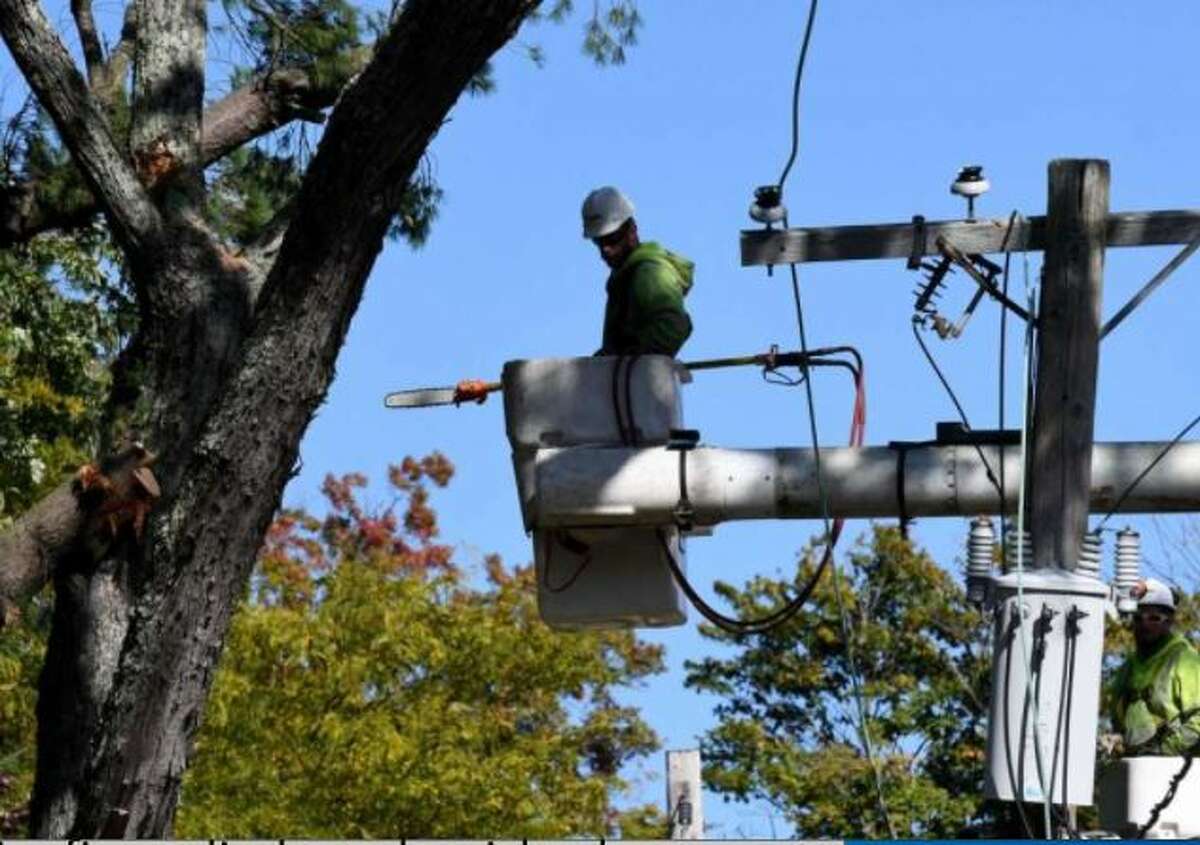 In 2040, despite increasing investments in renewables and concerns with emissions, oil and gas are still projected to make up about 50 percent of the global energy mix. This is a view held by major third-party sources.