While the coalition agreement of the new German government sets the course for the German climate policy, the UN climate conference agreed on global measures for climate protection. The expected operation of Nord Stream 2 is paused indefinitely as the Federal Network Agency has halted the certification process. The CO2 price is at an all-time high and there is also a new record on the spot market.

Results of COP26: Are the measures sufficient to achieve the 1.5-degree target?

The annual UN Climate Change Conference of the Parties (COP) took place in Glasglow from 31 October to 12 November 2021 (see Figure 1). During these two weeks, the member states discussed climate-related issues and agreed on further measures.

The final document determines specific measures for climate protection. One of the most important goals is to reduce the burning of coal and thus, CO2 emissions worldwide. India and China in particular advocated that the phase-out of coal-fired power generation should only apply to power plants without CCS technology (Carbon Capture and Storage). This means that power plants where CO2 capture and storage is possible remain eligible for subsidies (source: bpb). They also agreed on concrete rules for international carbon trading. In this context, it became clear in which country the achieved CO2 savings could be credited and transferred. Ultimately, only the country that realizes the CO2 savings may decide where they are credited (source: Öko-Institut e.V.).

In order to achieve the 1.5° C target, the countries must improve their national climate targets for 2030 by 2022

According to the Glasgow resolution, greenhouse gas emissions have to be reduced by 45 percent compared to 2010 (source: bpb).

More than 100 countries have signed up to the Global Methane Pledge. The goal is a methane emission reduction of 30 percent by 2030. The participating countries represent 70 percent of the world economy. Germany participated, but countries such as India, China and Russia did not although they are among the five largest emitters of methane emissions (source: BBC).

Among other things, it was decided that poorer countries will receive 100 billion dollars from the industrial countries for climate protection in the next five years. Another 141 countries, which together cover more than 90 percent of the world’s forest areas, have pledged to stop the global loss of forests by 2030. Experts fear that the measures are trend setting, but that the agreed climate protection targets will most likely be insufficient to achieve the 1.5-degree target (source: bpb).

What climate goals is the new German government working towards? 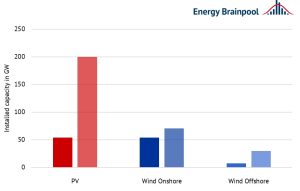 Figure 2: Renewable energy paths from the coalition agreement of the new German government for PV and wind offshore as well as the current path for wind onshore from the EEG 2021 [2]

On 24 November, after weeks of negotiations, the SPD, the Greens and the FDP presented the coalition agreement. Among other things, the climate protection targets were published in this context. The new federal government assumes that the demand for 2030 will range between 680 and 750 TWh. The share of renewable energies in gross electricity demand is to increase to 80 percent. For further expansion, the focus is to be on subsidy-free expansion, i. e. through PPAs and trading through guarantees of origin. The paths were increased significantly in order to drive the expansion forward quickly. By 2030, there should be an installed PV capacity of 200 GW (see Figure 2). This is twice as much as the previous target. There are also specific targets for offshore wind: 30 GW are targeted by 2030 (source: Montel).

Another important point is the coal phase-out. Instead of 2038, this shall take place eight years earlier than planned to complete it by the end of this decade. In addition, the newly built gas-fired power plants should be constructed in such a way that they can be converted to climate-neutral gases and are therefore, ready for the use of hydrogen. The goal is to have an electrolysis capacity of around 10 GW by 2030 (source: clean energy wire). Furthermore, the EEG levy on the electricity price shall be abolished in 2023. The revenues from national emissions trading are to replace the revenues from the EEG levy (source: clean energy wire).

The approximately 1200-kilometre gas pipeline of Nord Stream 2 AG has been completed in September 2021. The pipeline belongs to the Russian gas company Gazprom. Its task is to transport gas from Russia to Germany and other countries. On 16 November, the Federal Network Agency (FNA) announced that the certification process for the Swiss operating company (a subsidiary of Russia’s Gazprom) of Nord Stream 2 is suspended due to the current organisational form of the Swiss group. The FNA requires the establishment of a new company that is compliant with German law and thus, meets EU unbundling requirements. Subsequently, it is possible to use the pipeline for transporting gas (source: The Guardian). The establishment of the new company and the subsequent assessment by the FNA and consultation with the EU Commission will most likely be a long process. Therefore, the gas pipeline will probably not start operating from Russia to Germany until September 2022 (source: Montel). 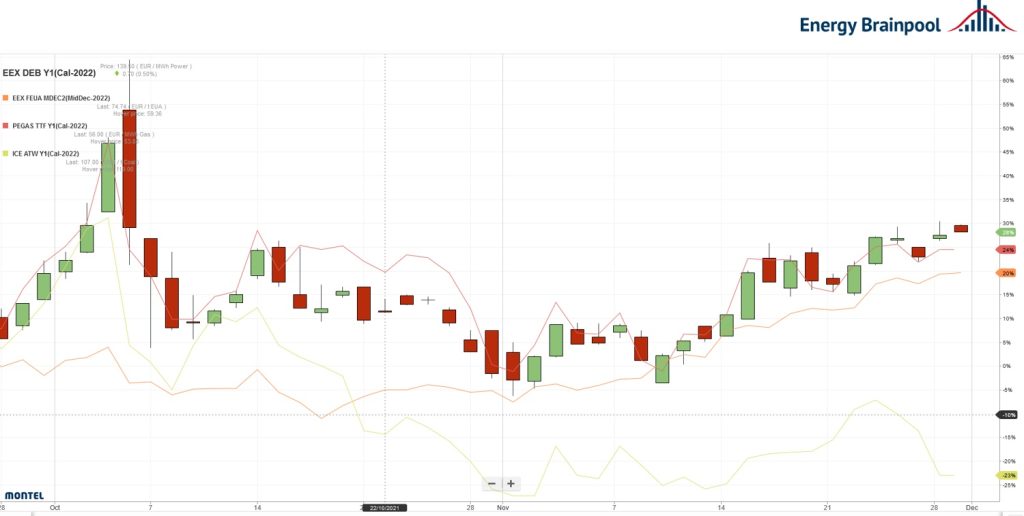 Due to colder temperatures and thus higher demand, the gas price increased over the course of the month. Despite comparatively low gas storage levels, supply security is guaranteed over the winter which keeps the growing gas price in check. The suspension of the certification process for Nord Stream 2 and the associated long duration until the actual start of operations in Germany caused additional uncertainty in the gas market. The highs in the EUA lead contract also boosted gas prices.

The CO2 lead contract increased by 25 per cent over November and surpassed 60 EUR/t EUA relatively early on. Over the month, new record prices were reached repeatedly until the 70 Euro mark was cracked. Most recently, the CO2 Dec 21 contract was quoted at 74.21 EUR/t EUA and is currently at an all-time high (source: Montel). 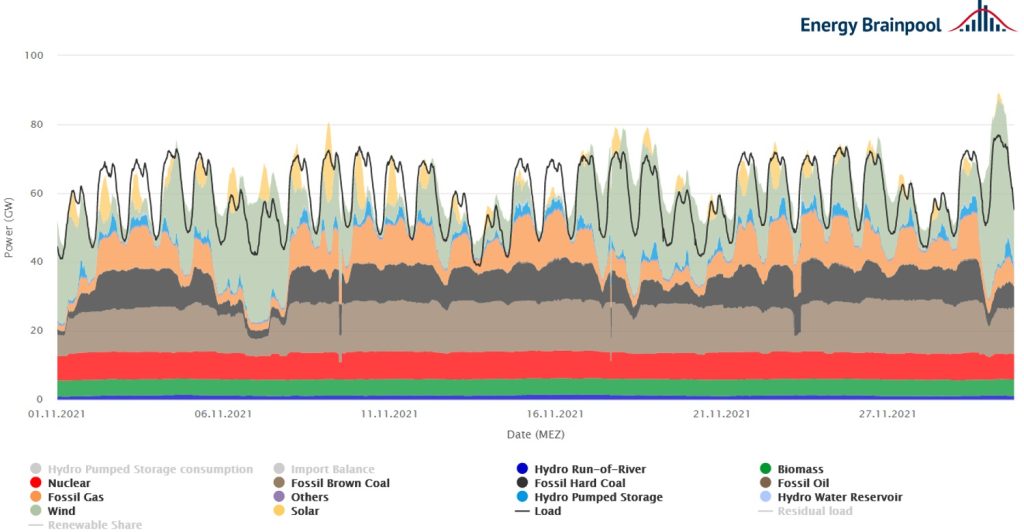 Figure 4: Electricity generation and consumption in November 2021 in Germany [4]

Renewable feed-in was 38.7 percent in November, 12 percent lower than in the previous month (see Figure 4). This is not unusual at this time of year, as solar feed-in is declining rapidly. Feed-in levels averaged between 2 and 4 GW, with a peak of 23 GW on one occasion. Wind feed-in was quite volatile throughout November. The feed-in is below the forecasts, but in some cases reached up to 47 GW (source: Montel).

Due to the partly low wind power production, spot market prices have skyrocketed. The peak load contract reached its highest price in 14 years at 331.63 EUR/MWh on 22 November (source: Montel).

Spot market or forward market? The extreme prices certainly do not facilitate this decision. Energy Brainpool has therefore developed a method to determine the most likely spot market prices. Read more here.