Energy Debate Redux: Will the Grid of the Future Run on DC Power?

Do you have a solar system at the home? An electric car in your drive way? Smart phones, tablets, game consoles and other electronics proliferating in your home?

If you answered yes to any of those questions, it’s time to take a minute to learn about the difference between alternating current (AC) and direct current (DC) electricity and what it means for your household energy use.

As Doug Houseman explains at IEEE Smart Grid, “According to the Energy Information Agency (EIA), the fastest growing portion of residential electricity use is consumer electronics and small appliances. These devices primarily run on DC power.”

Mr. Houseman is talking about any of your electronics that plug in to the wall through one of those AC rectifiers or adapters, (known as “power bricks,” “wall warts,” etc.) including your smart phone, computer, gaming consoles, many flatscreen TVs, LED lights, and a growing range of other electronic devices.

These digital devices now consume anywhere between 15 and 30 percent of a typical household’s electricity, up from a negligible share just a couple decades ago.

“Within the next 20 years we could definitely see as much as 50 percent of our total [electricity consumption] be made up of DC consumption,” according to Greg Reed, director of the Power & Energy Initiative at the University of Pittsburgh. “It’s accelerating even more than we’d expected,” Reed told MIT Technology Review in April 2012.

So what’s the big deal? Well, converting from AC to DC power involves wasted energy — a lot of it.
“Even with improvements in power supplies,” Mr. Houseman explains, “many of these devices have a conversion efficiency of no better than 80 percent and some low-end devices have efficiencies as low as 65 percent in converting power.”
According to Houseman’s calculations, on the order of 5 percent of all electricity used in the typical U.S. home is lost to conversion of AC to DC power to run DC devices.
Worse yet, if you have a solar photovoltaic (PV) system on your home, you may lose close to a quarter of its output at the inverter, the device that converts the DC power generated by the PV panels to the AC power used in your home’s circuits and the broader power grid. The same goes for the output of any batteries you might use to store your solar output or provide backup power in the case of an outage; chemical batteries also output DC power, as do fuel cells.
Finally, if you’ve got an electric car parked in the driveway, charging that puppy up also bleeds energy converting from the AC power coming out of your socket to the DC power stored in the vehicle’s on-board batteries. How much energy? Again, Houseman estimates that you lose about 24 percent of all power used to charge your electric car. That’s enough to cost you close to $100 per year at average household electricity costs if you drive your EV about 35 miles a day, about the distance of the average American’s round-trip daily commute.
So if you have a solar system at your home producing DC power, why are you converting it to AC and then back to DC to run your electronics and charge your electric car? Should you be wiring up a DC circuit in your house as well to power all your DC electronics?
For now, this sounds like a nice job for a DIY type with a bit of electrical skills — although it might not be as easy or useful as you might hope.
In the future, more and more electricity experts are talking about whether or not new homes should be built with PV systems integrated into the roof and both DC and AC circuits in the home. If we want to both maximize the output of our solar systems and minimize wasted energy, this may become increasingly common.
Even today, some large consumers of DC power are already wiring up DC microgrids to more efficiently fuel their needs. The large data centers that run the Internet, cloud computing services, and telecommunications networks are a logical candidate. These “server farms” now consume more than 1.3 percent of all electricity worldwide, according to Tech Review, and that figure is surging.
Since all those servers run internally on DC power, the incoming AC power needs to be converted. “Instead of having power converters on each computer,” Tech Review explains, “some companies are installing large centralized converters and distributing 380-volt DC power across their server farms. Japanese telecom giant NTT has four data centers in the Tokyo region operating on DC; last year it completed a DC-based server center in Atsugi City, southwest of Tokyo, that is its first to serve external clients.”
An added bonus: reducing AC-DC conversion losses also reduces the waste heat generated by all those power converters, and that further saves on the large amounts of energy used to cool hot-running data centers.
The U.S. military and large campuses such as universities and hospitals are also experimenting with DC systems, particularly to run critical systems in the case of a failure of the AC power grid.
So maybe those hard-charging Australian rockers got it right: the future of electricity is a hybrid AC/DC world. 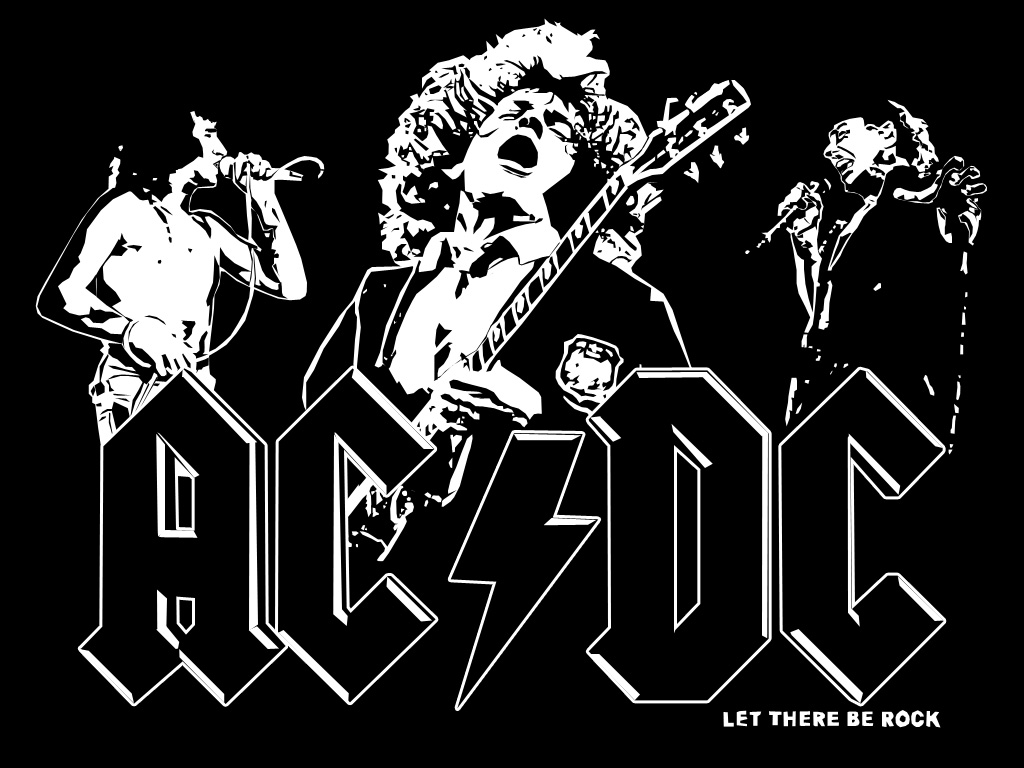 “Will the Grid of the Future Run on DC Power?”

Well the power grids will at some point. Unless in Texas where they would rather die than change.

Household grids though? Not so sure because so many devices run at different voltages and converting from DC to DC may not, probably is not, as efficient as converting from AC.

What Houseman’s article does not explain is that the conversion problem is not symmetic.  AC to DC converters are about 98% efficient, it is the voltage conversion (and regulation) that causes most of the losses in power adapters for electronics.

Voltage conversion is necessary, since electronics uses low voltages (1-5V internally), and transmitting power over distances requires higher voltages for efficiency (12V is good for a few yards, 120V is good for a couple of hundred yards, 10,000V is good for a few miles, etc).  At large scale (1kW and up), voltage converters for AC are much cheaper than for DC.  So if you had your house wired for DC, it would not run all the way to the power company, but to an AC-DC converter on premises.

As discussed in the article, the big win for DC home wiring occurs when the power must be supplied by a DC source all or part of the time (e.g. solar panels).  Then the losses of the DC-AC conversion can be avoided.  This is the same reason that a data center would use DC: they all have backup-batteries (and some UPS designs run 100% of the AC power through the AC-DC rectifier, to the battery bus, and through a DC-AC inverter, to insure that when AC power is lost, there are no glitches when the batteries kick-in).

In the solar case however, it does not make as much sense for home users, since most of the energy produced by the solar system is not used instantaneously in the home.  Home energy use is very low during the works day, but rises quickly around sunset.  Hence the popularity of net metering, and the need for the DC-AC inverter.