More and more these days, we’re seeing the value of connecting virtually to our peers and colleagues across the utility business and the energy industry. The ability to digitally connect and to share ideas, questions, and resources on a 24/7 basis, outside of the energy conference loop, is the power of the Energy Central Community. And to add even further value, Energy Central continues to add to its industry-leading network of experts.

As new experts are added to the fold, we’ve been introducing them to the community via the “Welcome New Experts” interview series, but we also want to make sure to highlight our existing cavalcade of industry leaders who are a part of the network of experts and have been providing invaluable insights for years. One of the experts who has to stand atop that list of longest-serving and most value-added experts in the Energy Central community is Dan Yurman, Editor & Publisher of NeutronBytes and expert on commercial nuclear power.

Dan brings several decades of experience to the table, and if you haven’t had the privilege of reading some of his content I highly recommend going to his profile to see some of his Energy Central published work. But to take a peek behind the curtain and learn more about Dan and his experience, he’s agreed to participate in a ‘Getting to Know Your Experts’ interview, a part of our broader Power Perspectives™ series. 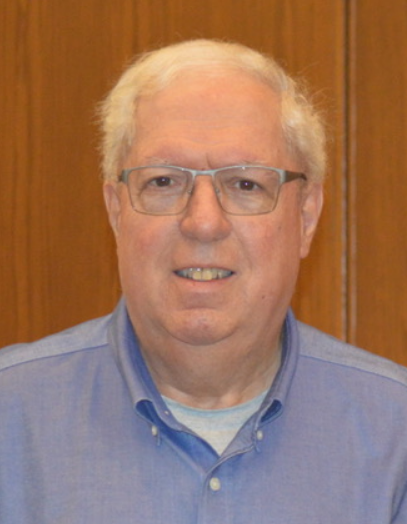 Matt Chester: Dan, you’ve written so much in the energy industry and for Energy Central, it seems like it’s as natural as breathing to you. What are the topics you most enjoy writing about?

Dan Yurman: I like writing about new technologies in the commercial nuclear power industry. I spent two decades working at the Idaho National Laboratory (1989-2009), with over half of that time involved in technology transfer work done with the lab's scientists and engineers. Commercializing technology innovation is at the heart of it.

MC: Can you share with us some of your favorite pieces you’ve written?

DY: This one, regardless of date, is at the top of my list: The Case for a Nuclear Energy Investment Bank . The nation needs a government-backed investment bank to secure capital at reasonable interest rates for the development of advanced nuclear reactors.  This blog post describes the kinds of mechanisms that could be developed to provide the capital and financing sources that are the missing links in the chain of events that need to be completed for nuclear start-ups to get the one thing they need most - customers.

Another piece of mine that is a good example of technology innovation and matching it with the industrial capacity to make it successful is: India Doubles Down on Domestic 700 MW PHWR Design. India's installed nuclear power capacity is expected to rise with the addition of 10 new nuclear reactors. These new reactors are to be built and completed by 2032 and will be the new 700 MW PHWR design developed by India based on the CANDU type technology.

The design does not require a reactor pressure vessel (RPV) like a PWR or BWR. This is important because India does not have the manufacturing capability to produce the large forgings needs to make RPVs. However, India does have the heavy industry necessary to produce the all the components to build PHWRs in volume which are needed to help the nation meet its climate change priorities.

MC: What keeps you writing after all the years? What motivates you to take the time and effort?

DY: In the many years that I have been blogging about nuclear energy, I have always valued the most comments from readers that say, "You know that piece you wrote about technology 'X,' well we just did something with that technology at our company to take it to the next step."

It is a source of personal satisfaction to learn that readers are engaged with the content and following developments in the industry I write about and tracking their own progress with them as a result. It means that my voice online is part of their view of the next stage of advanced reactors.

I began writing my blog in 2007 while I was also a reporter for Fuel Cycle Week which covered the global uranium mining industry, all aspects of the nuclear fuel cycle, and new reactor deals.  I did that for five years and afterwards, as nuclear energy began to gain new significance relative to dealing with climate change, decided to keep at it.

DY: I write on Sundays which is a quiet day for me to think as well as to write.  I collect ideas and material during the week, organize my thoughts on Saturday, and hit the keyboard on Sunday.

MC: When you’re not writing for your audience and for the industry, what are you reading?

DY: I worked for NASA Glenn for a couple of years and acquired from that job a lasting interest in the scientific field of astrobiology. A book that captured my interest is Caleb Scharf's "The Copernicus Complex: Our Cosmic Significance in a Universe of Planets and Probabilities."

He writes that "life here is built from the most common chemistry in the universe, and we are a snapshot taken from billions of years of biological evolution."

So, the question is, what kind of life developed elsewhere in the universe and how? After 14 billion years, and with the immense size of the universe and its physical and chemical diversity, logic says we can't be the only intelligent life form out there.

Thanks to Dan for taking to time to let the Energy Central community get to know him better and for consistently providing valuable insights to the site. Be sure to keep an eye out for him answering questions, submitting content, and being a knowledgeable presence on the platform.