Fresh out of uni undertaking a wide scope of projects to improve the profitability and efficiency of SERT. We offer workforce solutions including recruitment and training in a wide range of...

What is the best way (Free/Low cost) to track the emissions produced by a company? Online research only yields a paid service.

it is not easy to do this calculation precisely, but with the Pareto Rule (80/20) you can come a long way.

Firstly, CO2 can come from a number of sources, among which for example the footprint that is related with the products and raw materials that are coming into the company. Another emission source is that there are other greenhouse gases (beyond CO2) that might be related to the activity of the company, which should be calculated with its specific multiplication factor. Maybe it is a product that decays or a chemical transformation that produced one of the six official greenhouse gases or you work with refrigeration gases.

Finally (third) there is the energy consumption of the company (electricity, fuel, ...) that can be converted in a CO2 amount. For example in Italy, I remember that 1 kWh of grid electricity comes from (national average) 2.6 kWh of primary (fuel) energy, so you need to find the CO2 emission number of that fuel mix in the power plants for your calculation. Also miles, driven for the company's activity, must be included in the energy related CO2 emissions. There may be still other energy uses.

My suggestion would be to start with the energy consumption (this is my area, where I feel most at ease). In that way, group all energy streams that are similar and find the total amount for each of them. It might be gallons for transport, cubic feet for natural gas and kWh for electrical energy. Then you find the multiplication factor (the amount of CO2 for each unit of these energy streams) and multiply. The sum of all the multiplications is the CO2 emission equivalent for the energy consumption.

Please tell me if this helps you.

The first is a recent post that describes an emerging technology that will be publicly available in a few years.  This is briefly described and linked below. Note that the primary technology used (hyperspectral imaging spectrometer) can tract a wide range of emissions.

Damn Satellite: It was just three years ago. Jerry Brown was in his second Governorship, and was in a running battle with the then president (I forget his name).

California Gov. Jerry Brown started the week by signing a pair of actions to get his state to use nothing but electric power drawn from green sources like wind and solar by 2045. He ended the week Friday with a surprise: The state would launch its “own damn satellite” to track down greenhouse gas emitters who fuel global warming.

“In California, with science under attack, in fact we’re under attack by a lot of people, including Donald Trump. But the climate threat still keeps growing,” Brown told delegates at Moscone Convention Center, near the city’s financial district. “With science still under attack, we’re going to launch our own satellite, our own damn satellite, to figure out where the pollution is.”

Now California and other like-minded organizations have put together a consortium to launch our “damn satellite,” and this includes funding. The program is called Carbon Mapper.

"Carbon Mapper will help overcome these technological barriers and enable accelerated action by making high emitting methane and CO2 sources publicly visible and at the facility level quickly and persistently. The data collected by the Carbon Mapper constellation of satellites will provide more complete, precise, and timely measurement of point source methane and CO2 emissions as well as 25+ other environmental indicators."

The post linked below provides a summary of this program.

The second is a post that I have scheduled for Sep 9. It is called "Honest Accounting", and I will point you at the site of the consortium it reviews.

Callum, there is no reliable way to track a company's carbon emissions. That's the problem - mendacity will always be less costly than reductions.

Leave It In The Ground.

CDP is what comes to mind. The Science based targets initiative and Climate Neutral will also likely have useful resources, tools, or people to point in the right direction.

Most Fortune 500 companies report their emissions to CDP and that information is usually public.  Mostly Scope 1 and Scope 2 (which you can think of as emissions from operations).

Kent commented on ...
Texas wind and solar shined in 2020, will they this summer?
Matt, thank you for the comment.  Reliability and resilience are critical . . . 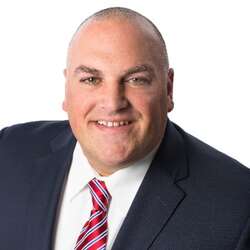 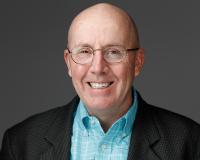