This is a report from IEA summarizing the WW electricity market in 2020. Great to see some of these agencies start to act in a "real-time" manner rather than 1-2 years in the past.

Here are some key points:

Global electricity demand in 2020 is projected to fall by around 2%. This is the biggest annual decline since the mid-20th century and far larger than what followed the global financial crisis, which resulted in a drop in electricity demand of 0.6% in 2009. The contraction this year is a result of the Covid-19 pandemic and its impact on economic activity – the assumed 4.4% decline in global GDP in 2020 is significantly larger than the 0.1% reduction in 2009 – and the measures taken to prevent the further spread of the virus.

Renewable electricity generation is projected to grow by almost 7% in 2020, squeezing conventional generation. Long-term contracts, priority access to the grid and sustained installation of new plants are all underpinning strong growth in renewable electricity production. The decline in electricity demand combined with a rise in renewable supply has accelerated the squeeze on coal, gas and nuclear power. Coal-fired generation is estimated to fall by around 5% in 2020, the largest decrease on record, bringing it back to levels last seen in 2012. Nuclear power generation is set to decline by around 4% in 2020, affected both by the pandemic and lower capacity availability, especially in the first half of the year. China was the main exception to this: its nuclear output increased by about 6% thanks to new capacity coming into service. Gas-fired electricity generation is projected to fall by 2%, its decline cushioned by lower natural gas prices enabling it to take market share away from coal, particularly in the United States and Europe. Overall, electricity generation-related CO2 emissions are expected to fall by 5% in 2020, a much bigger decline than the forecast decline in global electricity demand.

The growth of renewables should remain the lead story in 2021, but coal is expected to bounce back. Electricity output from renewables, particularly wind and solar PV, is expected to continue to set new records in 2021, expanding their market share to 29% from 28% in 2020. Nuclear power is also set for growth of 2.5% owing to a rebound in France and Japan and new plants coming online in China and the United Arab Emirates. In advanced economies, the growth of renewables and nuclear will continue to shrink the space remaining for fossil fuel generation. Natural gas is likely to be impacted more than coal as a result of an assumed rise in natural gas prices. In emerging and developing economies, demand growth is projected to outpace increases in renewables and nuclear, leaving some room for coal and gas generation to expand. The expected net result globally is that coal-fired generation increases by around 3%, while gas-fired plants increase output by roughly 1%. This would lead to a rise in CO2emissions from the power sector of around 2% in 2021.

Lots of good stuff in this report - recommended.

This is the first ever Electricity Market Report produced by the International Energy Agency (IEA). Designed to complement other reports in the Market Report Series on energy efficiency, renewables, coal, natural gas and oil, this report focuses on developments in the world’s electricity markets amid the Covid-19 pandemic. It includes an assessment of 2020 trends and 2021 forecasts for electricity demand, supply, capacity and emissions – both globally and by country. Starting in 2021, the IEA will publish a new edition of the report on a half-yearly basis with the latest updates on key developments in global electricity markets. 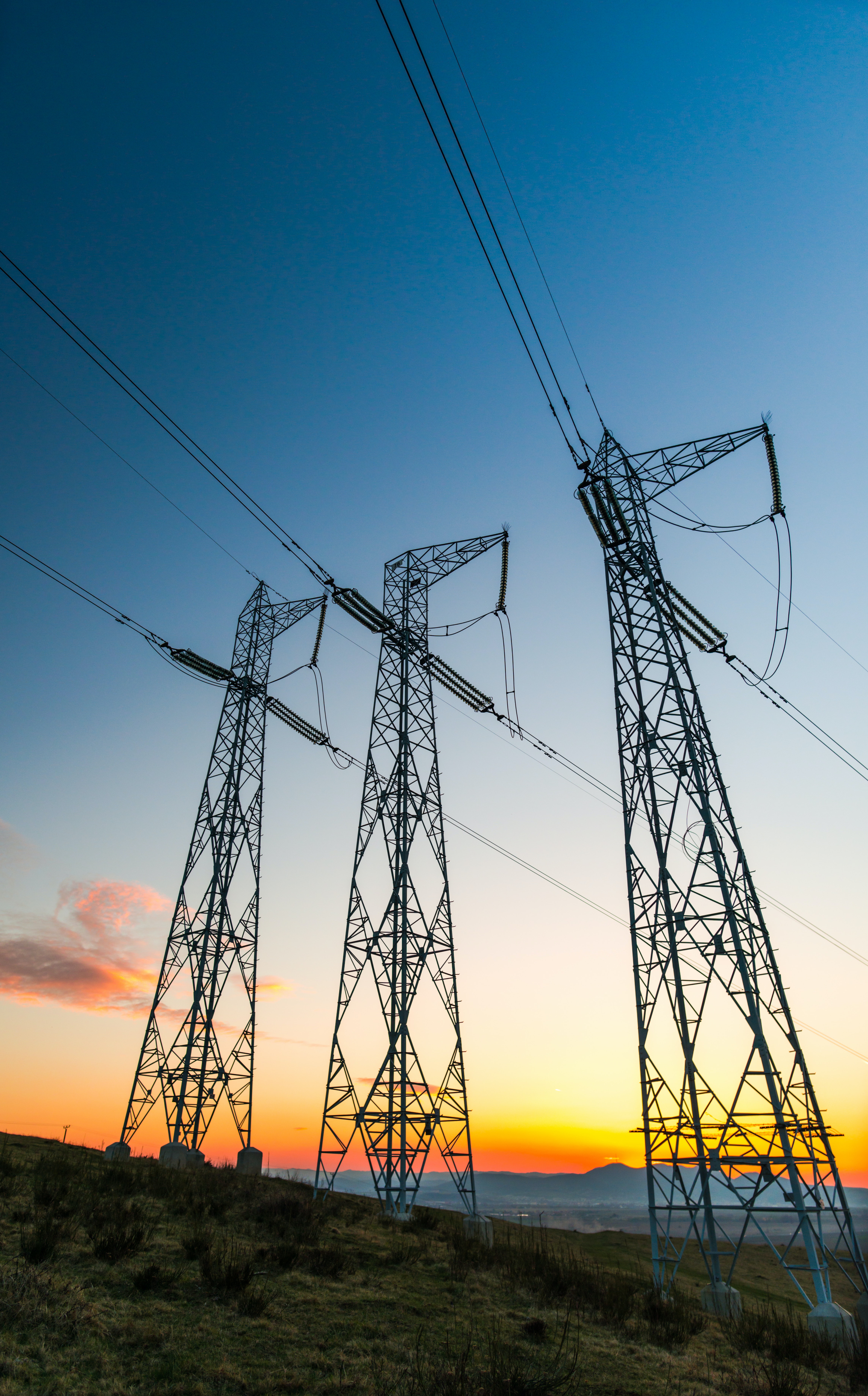 The growth of renewables should remain the lead story in 2021, but coal is expected to bounce back

I've seen the same forecast at EIA for next year, largely due to increases in natgas prices in 2021 expected to benefit coal generation-- but it looks to be a blip and not get in the way of the next decade of coal marching lower and lower in total generation

I've seen the same forecast at EIA for next year, largely due to increases in natgas prices in 2021 expected to benefit coal generation-- but it looks to be a blip and not get in the way of the next decade of coal marching lower and lower in total generation

WW - coal is really not "marching lower and lower" yet.  The decline in 2020 will mean that coal has declined for two years in a row.  See below.

Coal will decline WW over the next decade due to sharp rise in renewables however it would decline faster if Nuclear can provide any contribution. 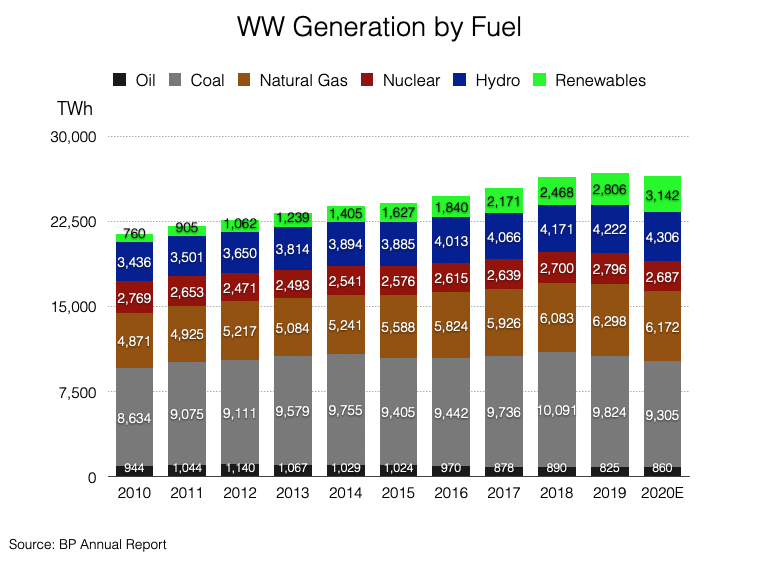 News round-up, Monday, February 6, 2023
A Green Deal Industrial Plan for the Net-Zero Age
Wind and solar generated more electricity than gas or coal in the EU in 2022
Utilities are the ‘Middle Man'