Electrical Grid and Africa: A Perspective on What's Missing

By Yael Borofsky and Sarah Dimson

With the announcement Sunday in Cape Town of the Obama administration’s Power Africa initiative, the President shifted the universal electricity access dialogue from one focused on small scale interventions to one hinged on building a foundation for wide reaching, reliable, clean power systems.

But even though Obama’s announcement has raised the profile of electricity access, excitement about the proposal should be tempered with the recognition that the degree of complexity within each country’s power sector will require far more than a relatively brief spark of attention from the United States. A real transformation of the power sector in sub-Saharan Africa will require long term planning, extensive regulatory overhauls, and serious commitment to fund energy technology manufacturing and R&D on African soil.

In the next five years, Power Africa intends to extend electricity access to an additional 20 million sub-Saharan Africans across six countries and improve hydrocarbon management in two more. The proposal commits approximately $7 billion in grants, financing facilities and technical assistance. And beyond the White House, private sector corporations also made commitments to invest about $9 billion in sub-Saharan Africa’s energy sector.

While many laud Obama’s proposal for being a highly visible example of the sort of public-private dynamic that could attract more follow-on investment, others note that Power Africa’s financial commitment and the target number of beneficiaries is minimal compared to the scope of the challenge. Even doubling access to electricity in sub-Saharan Africa will still leave more than 550 million people in the dark.

In a forthcoming paper in Issues in Science and Technology, Morgan Bazilian, Deputy Director of the Joint Institute for Strategic Energy Analysis and Roger Pielke, Jr., a professor in the Center for Science and Technology Policy Research at the University of Colorado, calculate that to bring sub-Saharan Africa up to the levels of per capita electricity consumption of South Africa would require increasing installed capacity by 330 gigawatts (GW). This represents 320 GW more than that called for in President Obama’s Power Africa proposal. Just to put that number in perspective, electricity consumption in South Africa, the sub-Saharan African country with the highest rate of electrification, is about 4,803 kWh per capita, compared to about 13,395 per capita in the United States (as of 2010).

But to us, as graduate students who study electrification and energy planning, Power Africa is not just about the technological expansion of the grid to sub-Saharan Africa’s fast-growing populace. The proposal is arguably also a call for power sector reform in a region that is economically and socially limited by dilapidated and insufficient energy infrastructure as well as fledgling regulatory apparatus.

Other regions in the Global South have responded to similar calls for sweeping changes to their power sector. In 2002, Brazil set out on a new course to effectively reform its energy sector and use electricity as an economic engine and instrument for societal progress. The government made a slew of structural reforms that resulted in the 2004 release of the New Power Sector Model (NMSE), which fueled private sector investment, enabled Brazil to become the 10th largest generator of electricity in the world, and emerge as a global leader in the clean energy sector (per hydro, wind, solar, and biomass energy generation sources).

Sub-Saharan countries like Tanzania, which recently discovered trillions of cubic feet of domestic natural gas and has aspirations to incorporate renewable electricity sources such as wind and solar, could learn from Brazil’s experience. Brazil’s power sector reforms may have started with an administrative call to action, but their ability to create an environment that is conducive for private sector investment is the real power behind the transformation of Brazil’s energy sector. The Africa-Brazil connection is becoming more common in knowledge transfer (and trade) and could serve as a useful case study to those implementing new power technologies, systems and strategies in sub-Saharan Africa.

Perhaps, the underlying operational details of Power Africa, are similar to Brazil’s strategy, which brought together various administrative agencies to build a reform strategy. In Power Africa’s case US AID is dedicating $285 million to “help governments adopt and implement the policy, regulatory, and other reforms necessary to attract private sector investment in the energy and power sectors.” In addition, the Millennium Challenge Corporation  will invest another $1 billion “in African power systems through its country compacts to increase access and the reliability and sustainability of electricity supply through investments in energy infrastructure, policy and regulatory reforms and institutional capacity building,” according to the White House.

Ultimately, sub-Saharan Africa’s emerging international relations with the US, with respect to the energy sector, should work in a way that promotes Africans leading Africa. One possible way to do this, which Power Africa fails to outwardly address, is to make targeted commitments to develop in-country energy sector manufacturing and R&D to advance new technologies and drive long-term economic growth.

With Power Africa, Obama has accelerated the need to advance on-going electrification efforts and create new paths for universal electrification in sub-Saharan Africa. At the end of Power Africa’s programmatic life and when Obama’s term has ended, we hope to see many more energy-related construction cranes in sub-Saharan Africa. And, more importantly, we hope to see lasting power sector reforms that allow established private sector players, promising young professionals and researchers an opportunity to readily enter the market or engage in creating innovative solutions to what will still be a phenomenal energy challenge.

Yael Borofsky and Sarah Dimson are graduate students in MIT’s Department of Urban Studies and Planning and Co-Chairs of e4Dev, a new MIT forum focused on energy and human development. 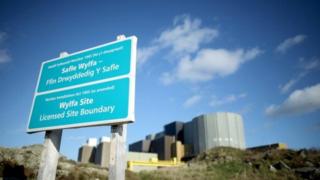 News from Anglesey in UK Dr Massey and I are joined by Brian Matthews for this discussion on the nuclear sector:

Migrating load by moving computing tasks from data centers in PJM's territory to ones in CAISO's territory on sunny days in California would boost renewable power, save money for data center operators and reduce greenhouse gas emissions, a study..

GRID ARCHITECTURE ARTICLE 5:  How Do We Measure the "Goodness" of Complex Architectures?

BPA Streamlines IT Processes to Improve Its Grid Decision Making

The underlying architecture helps ensure that business priorities are carried through all the way down to the details of implementing a specific solution. The approach is expected to help BPA enter the western states' Energy Imbalance Market in..

GRID ARCHITECTURE ARTICLE 5:  How Do We Measure the "Goodness" of Complex Architectures?