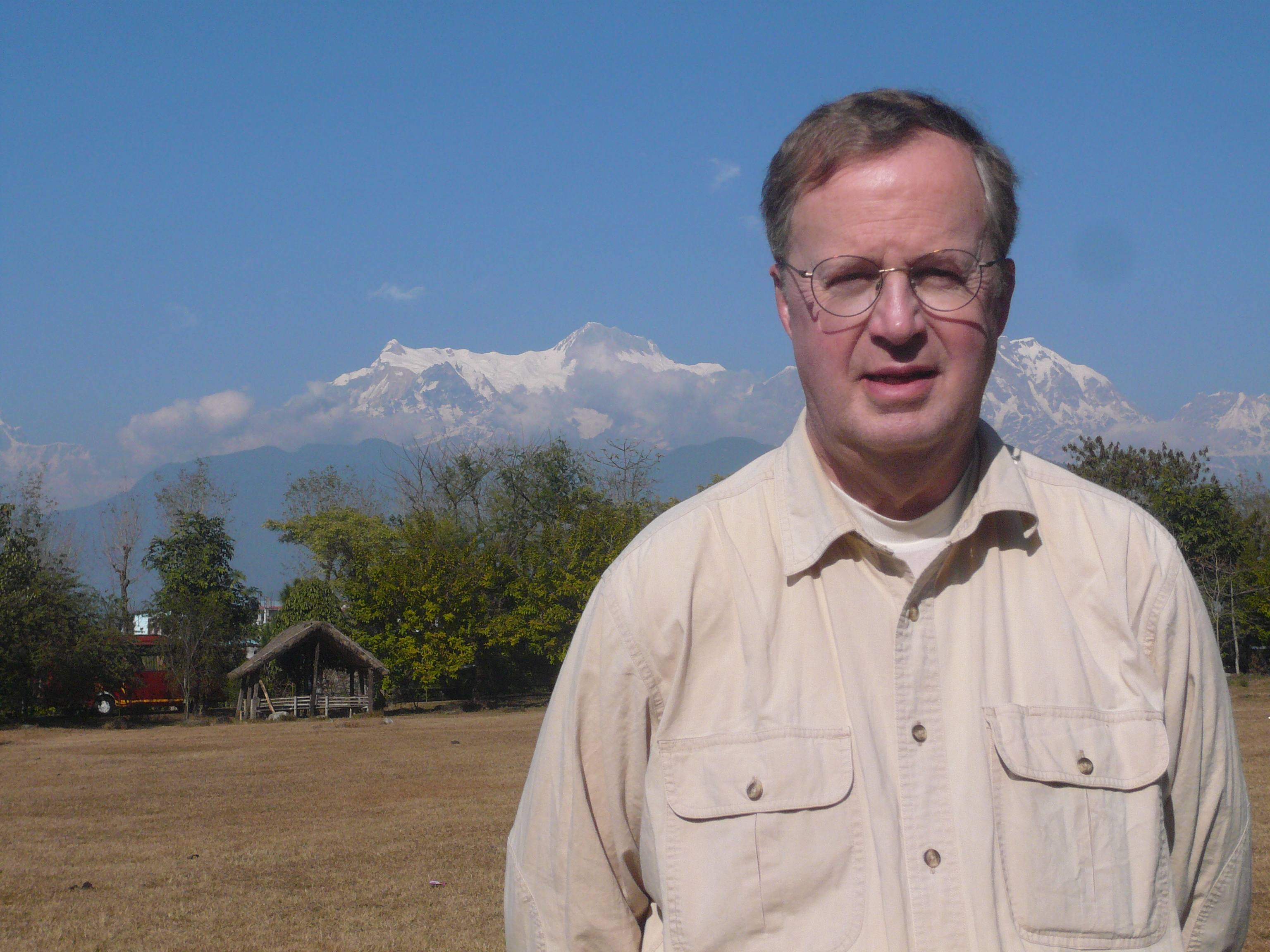 Seth Heald is a retired lawyer, serving as chair of the Sierra Club's Virginia Chapter. He expects to receive an M.S. in Energy Policy and Climate from Johns Hopkins University in May, 2017.

In a little-noticed move earlier this year Rappahannock Electric Cooperative applied for a rate increase and restructuring that will make homeowner solar less attractive, and disproportionately affect many low-income customers in the process. REC, Virginia’s fourth largest electric utility, asked the State Corporation Commission to approve doubling the monthly access charge all residential customers must pay. The SCC hearing in the case is set for for October 31. REC’s move has received virtually no attention in the media despite its potential large impact on consumers and the commonwealth’s utility and solar industries.

A utility rate increase by itself might not be big news. What’s unusual is that the new revenues REC says it needs would come mostly from hefty access-charge increases for all residential and small-commercial customers. The access charge is the fixed monthly amount all consumers pay just for having a meter hookup, regardless of how little or how much electricity they consume. In what will surely be a shock to many low-income and low-consumption REC customers, the co-op’s residential access charge would double from $10 to $20 per month.

REC cites rising costs in delivering power as the reason for seeking more revenue. In a speech at the co-op’s annual meeting last August, REC president and CEO Kent Farmer claimed that the main reason for redesigning its rates so as to double access charges is that “[w]e’ve got a lot of customers who are installing solar panels.” But REC employee Matthew Faulconer acknowledged in the co-op’s SCC filing just last week that in fact only 0.3 percent of REC’s customers have thus far installed any form of distributed generation.

So REC’s move to restructure how it collects revenues appears to be an effort to stall the growth of future solar (and efficiency), rather than an attempt to solve any rate-design problem that the co-op currently has. REC’s low-usage customers, most of whom don’t have solar, will still see large increases in their monthly bills. They’ll be collateral damage in the co-op’s effort to slow solar growth. In his August speech REC’s Farmer emphasized that customers with average (not to mention higher) monthly electricity usage may not pay all that much more, since “by increasing that customer [access] charge we were able to reduce the kilowatt hour charge. So hopefully the net effect of what you will pay assuming the Commission approves our rate increase is just slightly more than what you are currently paying.” Yes, “hopefully,” that is assuming your monthly usage is average or above.

But of course, unlike children in Lake Wobegon, not all REC customers are above average. A good number of the co-op’s members obviously use less electricity than the average co-op member’s 1,283 kWh monthly consumption. And it’s a safe bet that a good number of those low-usage customers have lower incomes than those who consume more than average. Low-usage consumers will see a much bigger percentage jump in their bills.

In the co-op’s SCC filing last week REC’s Faulconer, with a (metaphorical) wave of the hand, dismissed the basic fairness issue this poses for the co-op’s low-income customers. He argues that in fact REC’s low-income customers tend to consume electricity in higher-than-average amounts. What makes REC think this is the case? Faulconer says “a good indicator of income level is whether a consumer qualifies for state administered fuel assistance, which includes income as an eligibility factor.” And, Faulconer explains, “the typical REC member receiving fuel assistance used an average of 1,323 kWh per month, 40 kWh higher than the current residential class monthly average.”

Implicit in Faulconer’s and REC’s reasoning is that customers receiving state fuel assistance are a good proxy for all low-income customers. But that proposition is absurd on its face. Surely it would come as a surprise to those low-income customers who keep their electricity consumption low to live within their means without government assistance, or who heat with wood to save money, or who cannot afford or don’t want air conditioning.

Certainly consumer groups aren’t buying the notion that access-charge hikes don’t harm low-income customers. The American Association of Retired Persons (AARP) has opposed rate-restructuring efforts like REC’s that increase fixed monthly charges. Joining AARP in fighting such increases are the NAACP, Consumers Union, and the National Consumer Law Center. All these groups point out that increasing fixed fees makes it harder for customers to control their monthly bills.

The fact is, REC’s proposed rate restructuring, if approved, would be a significant wealth transfer from low-consumption customers to higher-consuming members. To accomplish such a fundamental shift in an effort to stall solar growth is very much in line with the philosophy of Koch brothers-funded groups such as the American Legislative Exchange Council (ALEC), Americans For Prosperity, and similar organizations. (REC through its membership in the National Rural Electric Cooperative Association (NRECA) supports ALEC.) Even if REC isn’t coordinating directly with these groups, the co-op seems to have internalized their way of thinking about the need to fight homeowner solar so utilities can keep burning fossil fuel.

In a Sierra Club filing in REC’s rate case Melissa Whited of Synapse Energy Economics notes that the co-op could raise the additional revenues it needs without raising access charges and thereby disproportionately favoring one group of customers over another. Whited points out that REC’s proposal, by favoring those who consume more over those who consume less, gives inefficient price signals that promote waste in electricity consumption.

Utilities across the country, working with Koch-affiliated groups, have been fighting distributed solar by attempting to roll back renewable energy mandates and net metering laws. They’ve also been trying to raise fixed monthly access charges, although often being denied or scaled back by their regulators. In these efforts utilities rarely mention the significant benefits of distributed solar, and REC certainly didn’t, either in Farmer’s speech to co-op members, or in the utility’s SCC filing. REC this summer sent out a number of “beat the peak” messages, asking customers to cut back their usage on hot sunny afternoons to save the co-op from having to buy expensive power during those peak hours. But the co-op never acknowledges that its customers with solar are helping the co-op in a big way during those peak hours. It’s certainly easier to make a case for solar-discouraging rate restructuring if you ignore the benefits that solar brings to the co-op and its members.

REC may also be seeking a rate restructuring before the SCC now as a stalking horse for Dominion Energy Virginia, which is also an ALEC member and also rarely passes up an opportunity to slow distributed solar. In 2009 the General Assembly, in a subtle anti-solar maneuver that seems to have attracted little notice, passed legislation allowing Virginia electric cooperatives to increase access charges without SCC approval, provided the overall rate change is revenue neutral (such as when higher access charges are offset by reduced kWh rates). REC temporarily waived its right to skip SCC scrutiny for access-charge increases as part of its acquisition of customers from Allegheny Power in 2010, but that temporary waiver ends in two years. So REC could have delayed its access-charge restructuring until then and skipped SCC review for it. But going before the SCC now can give REC’s board and management some cover against angry customers, and also can help Dominion and other utilities by setting a precedent, if the SCC approves.

If the SCC staff analyzed how REC’s access-charge doubling will disproportionately affect low-income customers, it hasn’t disclosed its reasoning. In his prefiled testimony in the rate case, SCC principal utilities analyst Marc A. Tufaro simply said: “Staff is generally not opposed to the proposed increases in the Access Charges by REC.”

Virginia Attorney General Mark Herring is also a party in the case, through the Office of Consumer Counsel. That office has yet to publicly reveal its position concerning the access charge.