The paper, Plastic waste inputs from land into the ocean estimated that 275 MT of plastic waste was generated in 192 coastal countries in 2010, with between 4.8 to12.7 million MT of this entering the oceans.

This build-up is expected to increase exponentially by 2025. In part due to the world’s largest plastic recycler, China, deciding, at the start of 2018, it will no longer accept recycled plastic scrap that isn’t 99.5 percent pure. A decision that was a massive disruption of the $200 billion global recycling market that has been further undercut by unscrupulous mislabelling of these materials. As was the case of the 100 containers of, so-called, Canadian recycling shipped to the Philippines in 2013 and 2014 that customs inspectors determined was garbage, including soiled diapers, food waste, and electronic waste that was immediately impounded and Canada has as yet to retrieve.

The following graphic shows the six global ocean gyres where plastic refuse is accumulating with the Great Pacific Garbage encompassing two of the six. 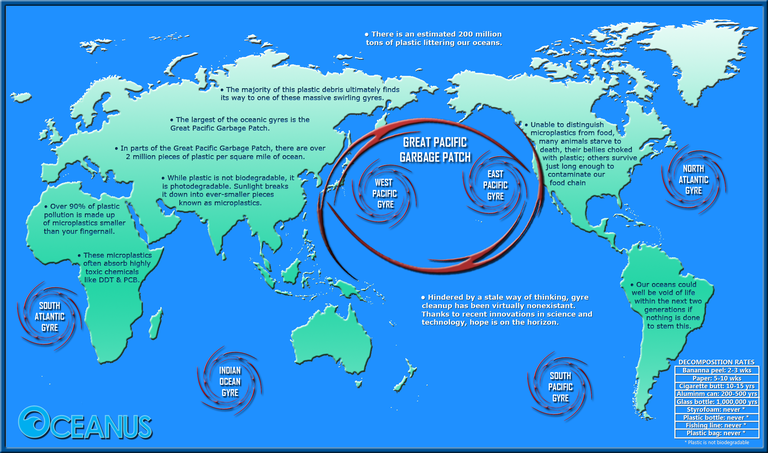 Plastics are derivatives of oil and natural gas, whose 2014 price decline resulted in virgin plastic becoming cheaper than recycled feedstocks for new manufacture. They are typically organic polymers broken down by sunlight, so 90 percent of the plastic pollution in the oceans is in the form of particles that are smaller than a fingernail.

These small particles are indistinguishable from food to aquatic life that is already the life form hardest hit by global warming so price can’t be the ultimate determinant for cleaning up the ocean or any other existential obligation for that matter.

The following is a table of the seven typical plastics, examples of how they are used and the uses to which they can be recycled.

A more detailed description of these materials and how they are recycled is provided here.

Recycling requires energy and the extreme example is thermal depolymerization that converts plastic waste into light crude oil that MIT researchers claim can be produced for around $35 per barrel or about half the current price of crude.

Thermodynamic geoengineering is a method of converting global warming heat into energy, including the kind of heat that can convert waste plastic to oil or less valuable and yet useful products.

Per the following a triangular energy island, 735 meters on a side, can collect surface heat from a surface area of 233924 square meters that can be converted to 50 megawatts of solar, wind and wave energy and another 200 megawatts of heat pipe OTEC energy. 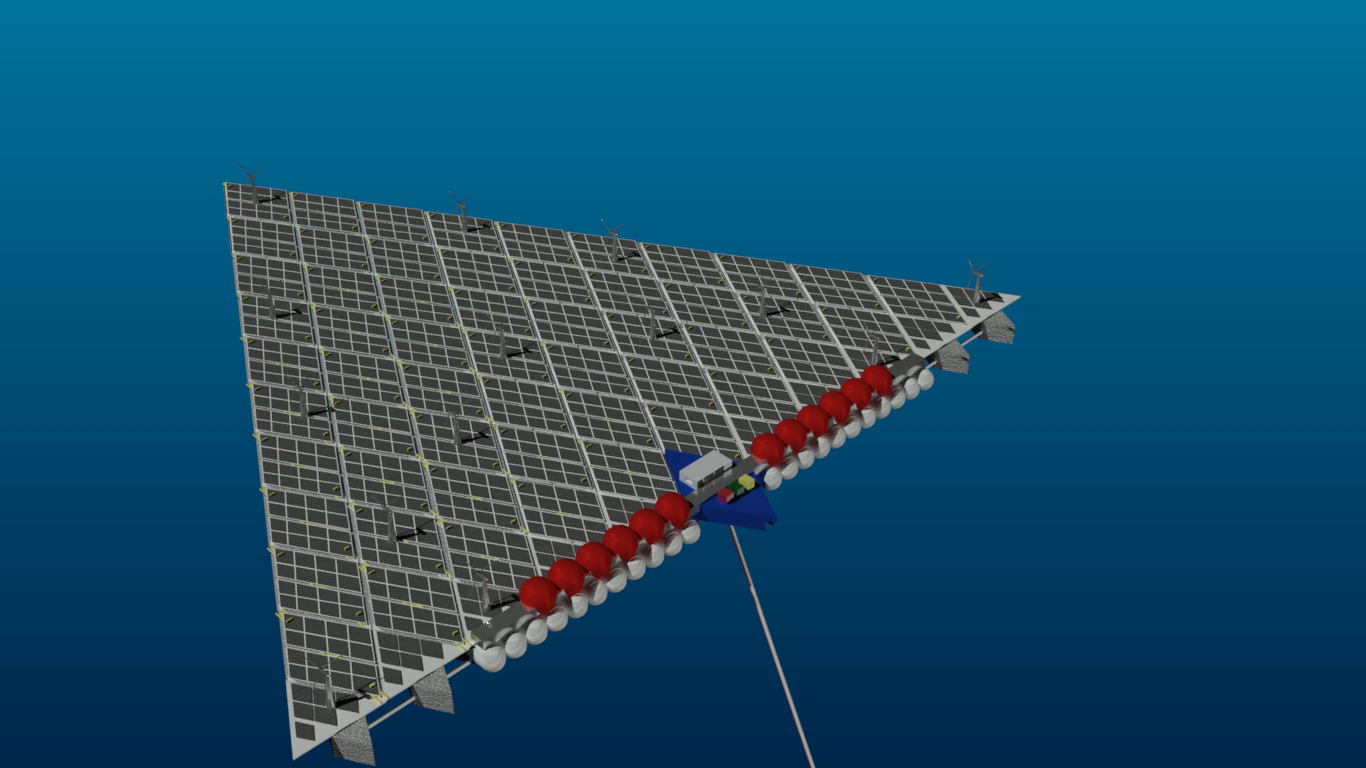 As the underside of the island demonstrates below, surface water is directed by guides towards heat exchangers in which a working fluid is boiled to produce a vapor that is directed to deep water where it drives a turbine to produce the 200 megawatts of OTEC power. 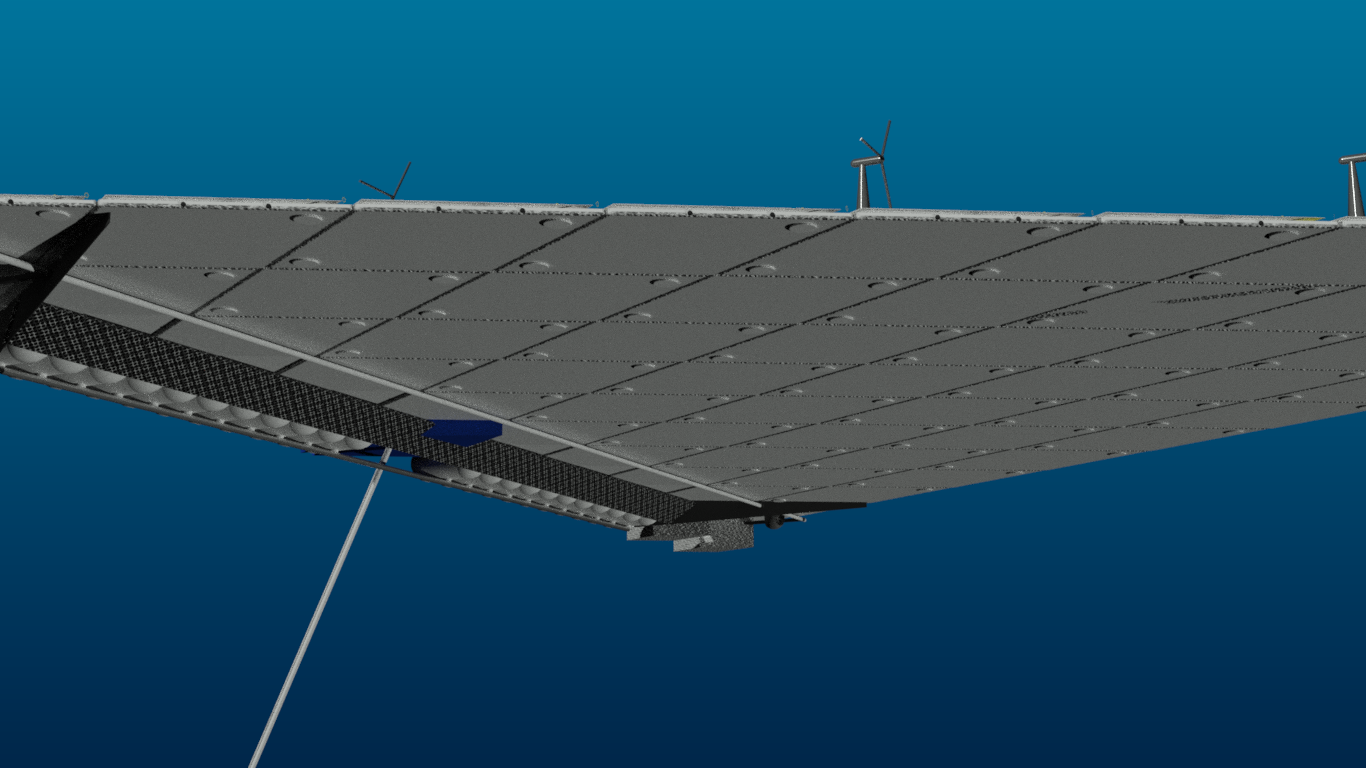 Between the guides, a screen angled at 45 degrees directs aquatic life and plastic greater than a square inch in area away from the heat exchangers that otherwise would be clogged with larger objects.

For the most part, these systems operate in the tropics and thus are remote from the gyres in which most of the plastic is accumulating.

In the areas where plastic is accumulating, these islands can be adapted to use as accumulators by simply turning the screens 90 degrees, making the screens instead into scoops and converting the heat exchanger regions into accumulating and reprocessing areas.

Since OTEC isn’t effective beyond the tropics the solar, wind and wave power alone drives the islands used for plastic reclamation.

As the following shows, 150,000,000 tons of plastic waste can be converted to about 971 energy islands that in turn can produce about 250 gigawatts of energy a year.

If the flexible sections of these island is constructed two thirds out of recycled PETE or HDPE for the outer skins and the ridged internals out of miscellaneous plastic or HDPE per the following, the material cost of these islands would be less than $10 trillion according to the latest pricing for post-consumer plastics. 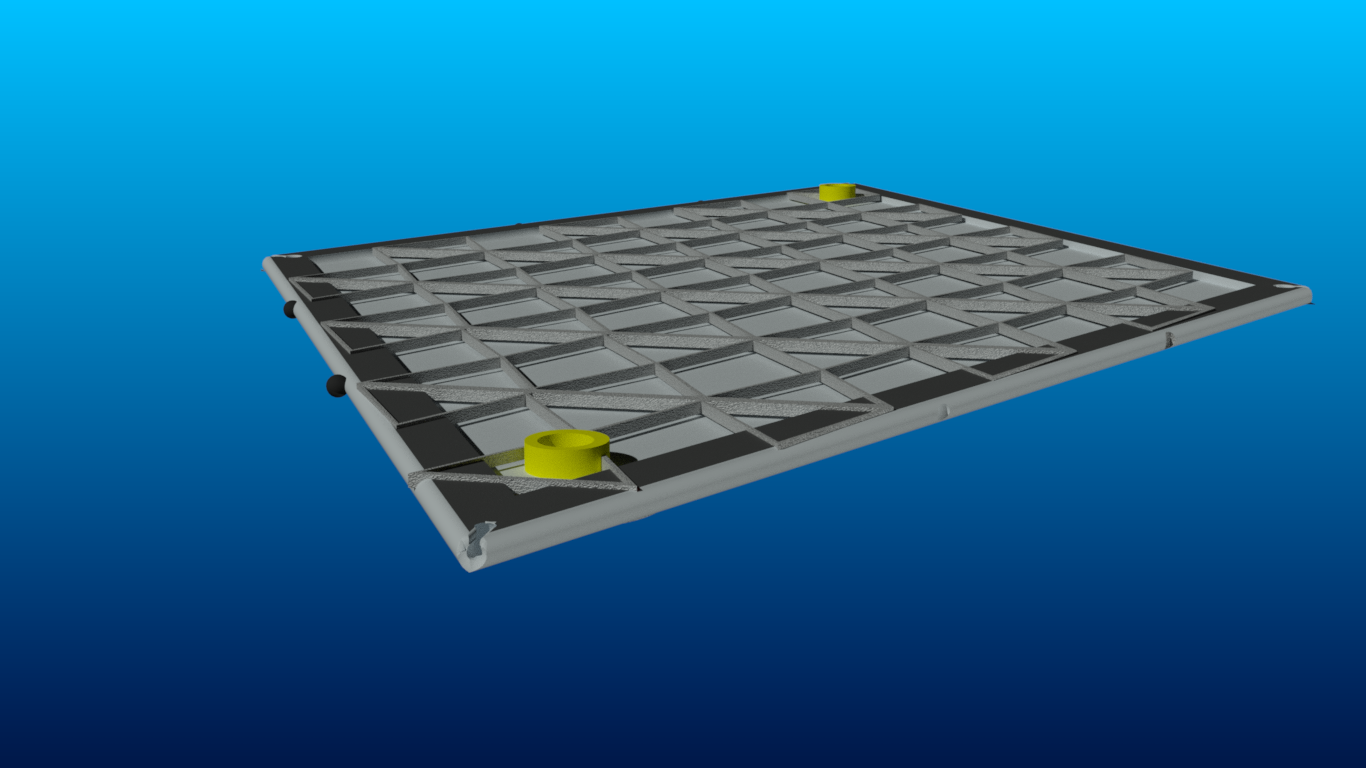 So, we can let plastic waste destroy our oceans or repurpose it as a planetary salvation.

For the a lower-tech approach to producing floating island see here.

How is the exploration, development and manufacture of petroleum products a more worthwhile economic endeavour than the remediation of the detrimental outcomes of these activities?

Jim, whoever created the concept for the triangular energy island, shown above, has never been aboard a ship in the middle of the tropics. Other than tsunamis, severe earthquakes, and volcanism, tropical storms at sea are among the most violent events at the Earth's surface, with 50-75 ft. seacrests lasting for days and 100+ mph winds a relatively common occurrence.

Doubtful that there is any structural technology in existence up to the job of keeping a floating, 735m triangular island together in such storms. Designing the island would be the first job, but I suspect the energy you seek to harness will be your worst enemy.

Bob the islands are composed of 55 sections 73.5 on a side. The last figure is one section. Each vertex is connected by a connector that creates 4 universal joints that swivel the section through a 45 degree angle to smooth out and cushion the effects of the weather.

Do you have an actual protoype of this?

The parts are modelled in 3D print format so models can be field tested but the funding is lacking.