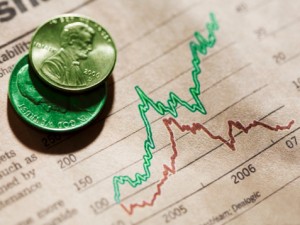 Over at the Economist, Ryan Avent notes that economists are beginning to move beyond a simple reliance on carbon pricing as the sine qua non of climate policy:

The typical baseline economist response to the problem of global warming is a very simple and straightforward one. Climate change is a negative externality, and the carbon emissions that generate it are easily targetable. The clear thing to do, then, is to place a tax on carbon emissions which will lead economic actors to internalise the cost of the warming they create with their decisions. This will discourage carbon-intensive activities and contribute to the development of clean alternative, reducing emissions and climate change.

Easy enough. Unfortunately, this strategy quickly runs into difficulty. One big problem is political. It’s very difficult to convince people to accept higher energy costs, and it’s very difficult to coordinate policy across countries, which is necessary to ensure that the policy works correctly. But there are also economic challenges. … Economies are good at finding substitutes for key technologies, but it does take some time. And so because the world has waited so long to act, it now seems that the disaster-avoiding carbon tax path may itself be too economically damaging. So what’s an economist to advocate?

Avent writes that while many economists continue to advocate carbon pricing — even if they recognize that such policies, when implemented in real world political systems, are inadequate on their own terms — a growing body of researchers are putting their focus elsewhere: “the potential role of positive policies–measures that encourage, rather than constrain, activities.”

The authors of one recent paper on this subject presented at a great session on climate policy in Denver. “The environment and directed technical change”, begins by arguing that the carbon externality isn’t the only relevant externality in the mix. There is another important dynamic in which technological innovation draws on previous research, and so firms are more likely to continue on established innovation trajectories than to start new ones. Put simply: if most firms have been researching and building coal technologies in recent decades, they’re much more likely to keep on working with coal than they are to switch to, say, solar. …

What that means is that clean energy research will lag, even in the presence of a carbon tax. And the optimal policy response then is to subsidise clean technology research. Even a temporary subsidy will do; because of the innovation externality, the clean innovation trajectory will run on its own once established.

This isn’t the only obstacle to clean energy innovation and a rapid and economic transition to a clean energy system. While economists risk stretching the term ‘externality’ beyond recognition in attempts to incorporate each of these obstacles into their neo-classical economic worldview, more and more economists have identified ‘spill-over risks,’ ‘network failures,’ ‘incumbent infrastructure lock-in,’ and many barriers to clean energy innovation and adoption.

(For a good summary of these barriers, see the discussion, “Barriers to Widespread Clean Energy Adoption and the Public Investment Imperative” in our Rising Tigers, Sleeping Giant report, or this excellent paper from energy economist and analyst Karsten Neuhoff,)

After a thorough accounting of each of these challenges, a carbon price looks much less like the holy grail of climate action and more like just one tool to help overcome one (of the many) barriers to a clean economy — and a tool plagued by political difficulty at that…

At any rate, economics is clearly moving beyond the carbon-tax-alone position on climate change, which is a good thing. If the world is to reduce emissions, it needs technologies that are both green and cheap enough to be attractive to economically-stressed countries and people. And a carbon tax alone may not generate the necessary innovation.