Jessica Lovering is a policy analyst in the Energy and Climate program at the Breakthrough Institute. She recently earned an M.S. in Energy Policy, but before that completed an M.S. and B.A. in...

The Department of Energy’s announcement for up to $12.6 billion in loan guarantees for advanced nuclear is great news for dozens of US companies developing cutting-edge nuclear power technologies struggling to find support in the US market. While the loans are a promising start, there are several policies that have been left out of the conversation, which could jump-start the commercialization of much more disruptive advanced reactor designs.

These loans are great news for the dozens of US companies developing cutting-edge nuclear power technologies that are struggling to find support in the US market. From TerraPower’s travelling wave reactor, to GE-Hitachi’s integral fast reactor, to Transatomic’s waste-burning molten salt reactor, there’s no shortage of groundbreaking engineering going on in the US nuclear industry. The DOE’s announcement shows that the Obama administration is serious about tackling climate change and that nuclear power will play an important role.

The Advanced Nuclear Energy Projects loan guarantee is significant in that it funds two areas that don’t get a lot of press but could have an outsized impact on America’s nuclear future: front-end innovation and uprates and upgrades. The front end of the nuclear fuel cycle has a lot of opportunity for innovation and can move much faster than licensing new reactor designs. Uprates, where the nameplate capacity or maximum power output of a plant is increased through equipment upgrades, provide more concrete benefits. A Breakthrough analysis found that from 1996 to 2012, the United States added 4.6GW of nuclear generating capacity just through uprates, all without building a single new plant.

Despite what the title Advanced Nuclear suggests, the loan guarantees also can be used for equipment upgrades on existing reactors that are “not operating and cannot operate without such improvements.” While not as exciting as building next-generation nuclear plants, preventing the closure of existing zero-carbon energy can forestall just as much carbon emissions at a much cheaper price. Might part of the loan be used to resurrect plants such as San Onofre or save floundering plants threatened with closure?

While many groups, including the Breakthrough Institute, have been calling for such an investment, we have also highlighted other policies that could help fast-track the commercialization of safer and cheaper advanced nuclear reactors.

The DOE first offered loan guarantees for nuclear power in 2005, with Congress authorizing up to $17.5 billion. And in 2011, the Obama administration called to raise that amount to $36 billion. However, demand for these loan guarantees failed to materialize. While the pair of new reactors under construction in Georgia did get a loan guarantee of $8.3 billion, another plant in South Carolina decided to stick with commercial financing rather than jump through DOE’s hoops. This experience suggests that such loan guarantees are perhaps not needed for conventional nuclear power, but might be very much in demand for truly groundbreaking designs.

Lessons can be learned from the recent DOE funding opportunity for the commercialization of small modular reactors (SMRs). While the solicitation was open to any type of SMR, most assumed the DOE would choose a more traditional light-water design, as they eventually did, even though some advanced SMR designs were submitted (such as General Atomics’ gas-cooled fast reactor). Relatedly, the rules for the Advanced Nuclear loan guarantee appear biased against the more disruptive advanced reactors in which China, Russia, and India are investing billions: molten salt, fast breeder, high-temperature gas-cooled reactors, lead-cooled and sodium-cooled fast reactors, or even fusion.

For example, applicants for this loan guarantee must have already filed or obtained regulatory approval, a significant obstacle for many reactor developers. The Nuclear Regulatory Commission is not currently reviewing application for any Generation IV reactor. Furthermore, almost all applicants must provide the specific project location for their build, another obstacle when most utilities aren’t even building traditional light-water reactors. Among the rubrics for determining a potential project’s merit, the DOE lists both “technical readiness” and innovativeness as compared to existing commercial technology, which significantly narrows the field of nuclear reactor technology.

As Breakthrough has argued in the report How to Make Nuclear Cheap, the DOE should be supporting nuclear innovation through parallel policies. They could fund testbeds where reactor developers can build prototypes and experiment in a safe environment, or fund an initiative within the NRC to accelerate the licensing process for innovative nuclear power concepts, or invest in advanced steels research and manufacturing facilities to build up the domestic nuclear supply chain.

With the recent funding award of up to $452 million for two small modular reactor developers, Babcock & Wilcox and Nuscale, one wonders if these guaranteed loans are targeted towards the eventual deployment of these SMRs once they finish licensing approval. That’s not such a bad idea when at least two more nuclear reactors are going to retire in the US in the next five years- in addition to 60 GW of coal power that we’d hope to replace with a zero-carbon baseload option like nuclear- and small-modular reactors could replace these even faster.

So while the loan guarantee may not get us the most exciting advanced nuclear reactors, it’s a big step in the right direction. By developing the domestic nuclear supply chain and re-investing in the existing reactor fleet, the DOE can keep the domestic nuclear innovation ecosystem alive and well. 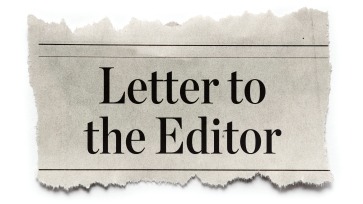