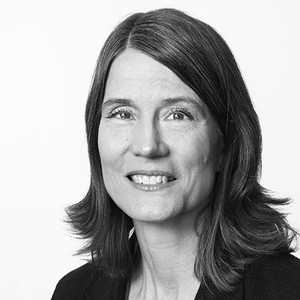 Kit Kennedy oversees many NRDC projects relating to energy efficiency, renewable energy, and global-warming solutions. She serves on the board of the New York League of Conservation Voters...

Dept. of Energy Report Shows How Far U.S. Wind Energy Has Come and the Challenges Ahead

This blog post first appeared, under a different title, on LiveScience.

For U.S. wind power, last year was both the best of times and the worst of times. That’s the conclusion from the new Wind Technologies Market Report released last week by the U.S. Department of Energy (DOE) and prepared by DOE’s Lawrence Berkeley National Laboratory (LBNL).

Wind power does a number of things very well: It produces electricity without the carbon pollution that causes global warming (or the local air pollution that sends kids to hospital emergency rooms with asthma attacks), and it creates jobs in fields like manufacturing, construction and engineering.

Here’s where things are going well:

• The share of the nation’s electricity supplied by wind power is higher than ever — 4.5 percent. That number might seem small in comparison some countries’—in Denmark, onshore and offshore wind power supply 34 percent, and in Spain, Portugal and Ireland, the percentage hits about 20 percent. These are numbers the U.S. could easily achieve and should definitely pursue. In fact, many states are on their way. Iowa and South Dakota currently get more than 25 percent of their electricity from wind power. Another seven states get at least 12 percent. For an economy as large as ours, though, 4.5 percent is an impressive milestone as we pursue numbers that are bigger still.

• Thanks to government policies, the price of wind power bought under long-term contracts has now reached all-time lows. In fact, wind power is now cost-competitive with low-cost natural gas in some regions. Indeed, the LBNL researchers wrote in research-ese, “The sample of [wind-power power purchase agreements] executed in 2013 has an average price stream that begins below the range of natural gas fuel cost projections, and that remains below even the low-end of gas price forecasts for two decades.” Translation: Over the next 20 years, wind power may well be cheaper than even low-cost natural gas.

• New wind turbines have the capacity to produce more power than ever, thanks to government and corporate investment in research and development. The average capacity of a newly installed wind turbine in the United States is 1.87 megawatts, an increase of 162 percent from 15 years ago. Total installed wind capacity in the U.S is now over 61 gigawatts, a 140 percent increase in just five years. Today’s wind turbines are more productive than ever, due  improvements in technology. As a result, the amount of electricity generated by wind power has doubled over the last five years and wind power in the United States now provides enough electricity to power 15.5 million American homes.

• Demand for wind power creates American manufacturing jobs. In the fiscal year 2012-2013, about 70 percent of wind power components used in the United States were manufactured here, compared to only 20 percent in the 2006-2007 year. That’s an admirable increase. Moreover, exports of U.S. wind-power technology components are climbing, from only $16 million in 2007 to $421 million in 2013.

• New financial vehicles, called “yieldcos,” are helping to finance more wind power projects. Yieldcos are publicly traded companies—spun off by more traditional parent companies—which own operating assets like wind or other renewable energy projects that generate predictable cash-flow. This allows a broader range of investors and can reduce the cost of financing for renewable energy projects. Though yieldcos are new to the renewable energy industry, similar vehicles, such as the master limited partnership, have long been used in other energy industries.

• More transmission infrastructure came online in 2013. In fact, 3,500 miles of it. Much more is planned, too. It will help get wind power from the remote locations where it’s produced to the population centers where it’s needed.

Despite all that good news, the Wind Technologies Market Report contains some bad news as well. The LBNL researchers found federal and state policies that support wind power have a huge impact on the technology’s continued expansion. That’s why it’s imperative for the U.S. Congress to extend the now-expired Production Tax Credit (PTC) for land-based wind power and the Investment Tax Credit (ITC) for offshore wind power when it returns for the lame-duck session in November. The expiration of the PTC and the ITC has put a pall over this otherwise promising industry. Congress has the power to change that.

• Wind power jobs dropped from 80,700 to 50,500 in 2013. Quite simply, by failing to extend the PTC and the ITC last year, and by providing only short-term extensions in recent years, Congress served the wind power industry a blow. Some wind-power employment has picked up in recent months, thanks to the 2013 PTC extension. (It covers projects that began construction by the end of 2013.) But the LBNL researchers noted, “with the PTC now expired and its renewal uncertain…wind deployment beyond 2015 is also uncertain.”

• 2013 saw a precipitous drop in wind power installation. Only about one gigawatt of new capacity was added last year, compared to more than 13 gigawatts in 2012. (The failure to extend the PTC in 2012 put on hold many promising projects that would have been developed in 2013.) Moreover, wind power “represented only 7 percent” of new U.S. electric capacity in 2013, compared to an average of 33 percent between 2007 and 2012, the report added.

• After leading the world in new installed capacity in 2012, the United States dropped to 6th in the world in 2013. That’s behind China, Germany, India, the United Kingdom and Canada. This drop leaves our wind-power businesses and their employees vulnerable to international competition.

The LBNL researchers in their report emphasized how important strong public policies are to wind power’s continued success. State renewable-energy standards are an example. They’ve helped drive almost 70 percent of wind-power capacity between 1999 and 2013. “In 2013, this proportion was 93 percent,” the LBNL researchers wrote.

But the most important of the policies has been the PTC. We need Congress to extend it, and the ITC, as soon as the summer recess ends. These policies can help ensure next year’s Wind Technologies Market Report will contain more good news, and continued success for the U.S. wind industry.