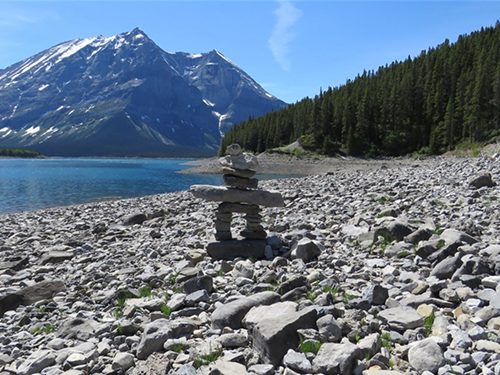 Canada needs to rethink its climate policies to stop excluding Indigenous people from decision-making, respect Indigenous rights to self-determination and free, prior and informed consent, deliver solutions that reflect the realities of both rural and urban Indigenous communities, and address “structural inequalities that are continually being reproduced through colonial relation, processes, and structures in so-called Canada,” Indigenous Climate Action (ICA) concludes in a report issued late last month.

By both excluding Indigenous people from key working groups and allowing for continued extraction of fossil fuels, the pan-Canadian climate framework (PCF) and its successor, A Healthy Environment, A Healthy Economy (HEHE), point to “deeply troubling ongoing problems with climate policy and plans in Canada,” ICA writes.

“Though the plans seem to be getting better and better in their wording around Indigenous rights and self-determination, the fact still stands that Indigenous Nations and communities were structurally excluded from the decision-making tables where the plans were developed,” the organization states. “This exclusion happened because representatives from a couple of provinces actively opposed the inclusion of Indigenous Peoples at that table.”

Those provinces “know very well the powerful threat posed to the extractive economy by Indigenous Peoples and our rights, resistance, and relations with lands and waters,” the organization contends. “It seems that it is precisely because Indigenous Peoples are such powerful climate leaders that we are excluded from climate policy-making in Canada,” leaving the country with a climate policy that “is determined to maintain, rather than transform the colonial, capitalist status quo.”

The report, the first in a two-part ICA series on decolonizing Canadian policy, assesses whether the two most recent climate plans “take aim at the root causes of climate change, while also respectfully and meaningfully including Indigenous Peoples and our rights, knowledges, and approaches to climate action,” the organization explains on the landing page for the report. “We also sought to examine the efficacy of the PCF and the HEHE in driving meaningful action towards stopping catastrophic climate change.”

Not so much, the report concludes. Instead, the research team found that:

• The process behind both reports was “in direct conflict with federal commitments to Nation-to-Nation, Inuit-Crown, government-to-government relationships” by excluding Indigenous peoples from decision-making processes.

• Many of the policies governments adopted “ignore the realities faced by Indigenous Peoples, communities, and Nations and promote climate solutions that may lead to disproportionate, negative impacts for Indigenous Peoples.”

• While HEHE represents an improvement over the original pan-Canadian plan, “both have significant flaws that have important implications for the ability of the plans to actually drive real climate action, promote a just energy transition, and move forward on Canada’s reconciliation promises.”

ICA reviews past critiques of the PCF and pre-existing praise and criticisms of the HEHE, pointing to severely limited Indigenous participation in the working groups leading up to the pan-Canadian plan. The report contrasts that performance with the Trudeau government’s position that Canada is “a full supporter, without qualification,” of the United Nations Declaration on the Rights of Indigenous People (UNDRIP), which affirms Indigenous peoples’ “right to participate in decision-making in matters which would affect their rights.”

ICA stresses that those processes would have to go beyond Indian Act chiefs and councils, noting that full consultation and consent “is particularly important in the context of climate change, which is a land-based issue. It is unreasonable to expect that, for example, [the Assembly of First Nations] can represent hundreds of culturally and linguistically distinct Nations spanning the breadth of a continent on an issue where impacts, experience, and knowledge are intimately tied to their unique territories. Knowledge and recommendations from different Indigenous communities and Nations are going to vary greatly, and that input can’t be centralized through National Indigenous Organizations (NIOs)”—meaning the very limited consultation conducted in the lead-up to the PCF was “simply not sufficient” to meet federal obligations under UNDRIP.

And while “the wording around Indigenous Peoples, our rights, and our leadership is stronger in the HEHE than it was in the PCF,” ICA adds, Indigenous voices played an even smaller role in the development of the HEHE.

The report critiques key components of Canadian climate strategy, beginning with an analysis of carbon pricing, carbon offsets, and their impacts on Indigenous peoples around the world. It notes that many of the climate solutions Ottawa is pursuing—like transit and electric vehicle conversions—are of little use to remote and northern Indigenous communities and nations. While the plans support remote community solutions like off-grid conversions, only a small share of provincial or territorial renewable energy strategies refer to Indigenous rights or participation.

And the plans support hydropower as a non-emitting electricity source, even though “hydro dams have been shown to destroy carbon sinks in wetlands and oceans, deprive ecosystems of nutrients and destroy habitats, increase sea levels, and depend on the displacement of local, often Indigenous communities,” ICA says.

The report concludes that both climate plans “ignore the realities faced by Indigenous Peoples and discount the structural inequalities that are continually being reproduced through colonial relations and processes in Canada.” They include actions that “will lead to disproportionate negative impacts on Indigenous Peoples and violations of Indigenous rights,” while serving “to perpetuate the drivers and root causes of climate change”.

Thanks for sharing this-- the topics around environmental justice can be hard and uncomfortable, but it's important to talk about and also to use the term 'decolonize' like you are. Only by pushing through the discomfort of those existing inequities can we find a way to resolve them