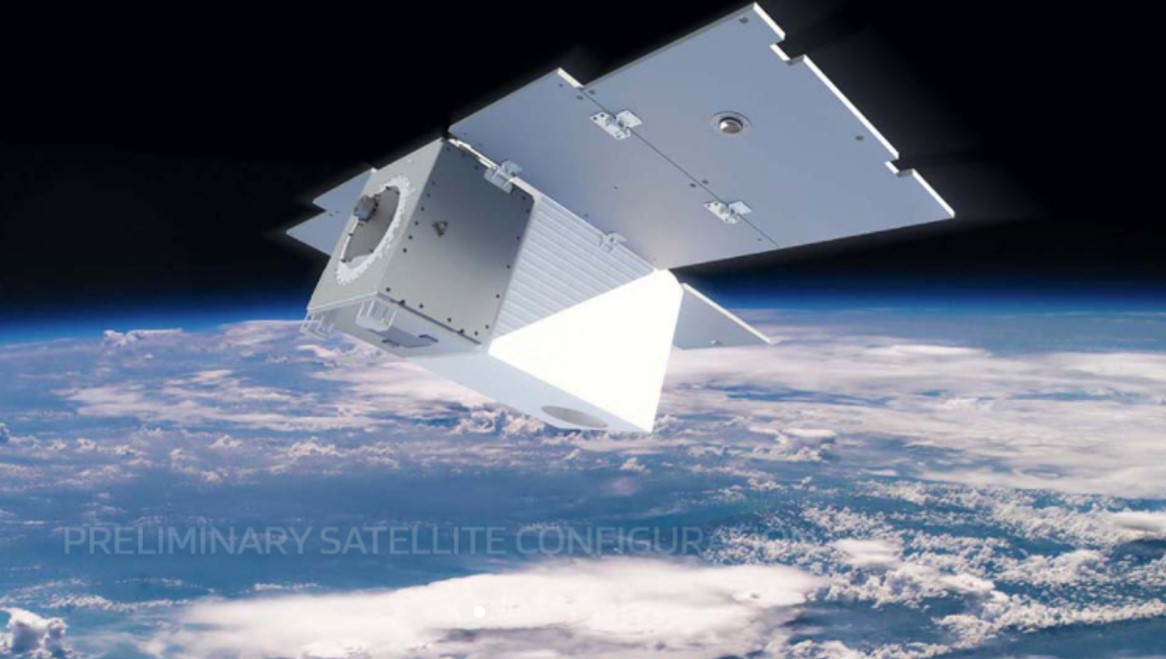 It was just three years ago. Jerry Brown was in his second Governorship, and was in a running battle with the then president (I forget his name).

California Gov. Jerry Brown started the week by signing a pair of actions to get his state to use nothing but electric power drawn from green sources like wind and solar by 2045. He ended the week Friday with a surprise: The state would launch its “own damn satellite” to track down greenhouse gas emitters who fuel global warming.

“In California, with science under attack, in fact we’re under attack by a lot of people, including Donald Trump. But the climate threat still keeps growing,” Brown told delegates at Moscone Convention Center, near the city’s financial district. “With science still under attack, we’re going to launch our own satellite, our own damn satellite, to figure out where the pollution is.”

Now California and other like-minded organizations have put together a consortium to launch our “damn satellite,” and this includes funding. The program is called Carbon Mapper.

This post will provide a summary of this program.

It would be great to know how many tonnes of CO2 California added from increased natural gas consumption since the shutdown of San Onofre Nuclear Generating Station, which happened on Jerry's watch. Experts estimate it's about 80 million, or about one-fourth of our annual total.

Who's paying for this thing, anyway?

"Bloomberg Philanthropies, one of the original funders of Satellites for Climate Action, believes access to accurate data is one of the most powerful tools we have in tackling the climate crisis. This partnership builds on Bloomberg Philanthropies’ environmental portfolio, which has a long track record of bringing data and transparency solutions to the fight against climate change..."

That's what Bloomberg says, anyway - but Bloomberg has a long track record of bull$hit. Where is he putting his money?

"Bloomberg’s personal and philanthropic wealth is managed by a company called Willett Advisors LLC, which is overseen by Steven Rattner, an investment manager and frequent television pundit. 'Michael R. Bloomberg is the sole, ultimate beneficial owner of Willett,' notes one Securities and Exchange Commission filing.

'We are natural gas bulls. We think oil is well priced. If we can generate new supplies at a discount to the spot price, we will do it,' Brad Briner, a senior level investment manager at Willett Advisors, told an investment trade publication in 2013.

During a conference hosted by the Export-Import Bank, in 2015, Rattner discussed his company’s investments in the oil and gas sector, noting that he’s taken 'some investments in North Dakota and other places like that.'

'We invest a lot in the energy sector, so we have a dog in this fight, and we have been — we’ve certainly been on the more bullish side of the argument on oil and continue to be,' said Rattner."

So much for transparency. Billionaire Bloomberg, like RMI, like both Brown and Newsom, sees a gold mine in methane and the fake promise of wind and solar - and are now investing in a high-tech carbon mapper that will provide all the non-peer-reviewed "data" they need.

So many tons of gas since san Onofre. And more on the way if we shut down diablo. Even if we don’t shut down diablo, there are huge projected energy shortages and the Cal ISO and CPUC are considering plans to import a lot more electricity, even coal!
We need more clean energy! @savediablocanyon !

I shared the article in the New Yorker about you and Kristin Zaitz with EC readers not long ago:

I hope you'll be posting here often. Someone with experience at the controls of a nuclear power plant and working with PG&E's new administration would have some valuable insights to share with the EC community!

It's nice to know that there are still a few of us old Nukes around. Although Bob and I disagree on a few details, we both support nuclear power, just in different contexts.

I write a weekly educational paper  (sometimes twice a week) that I post to Energy Central , and one of the subjects I write on is "Nukes". If you go though the link below, bring up my list of papers, scroll to the table of contents, section 25 (Nukes) and click on it, this is linked to this section in the papers list. In the list, below the section heading, there is a brief description of and a link to each paper. These are in chronological order (Newest on top).

You can message me with any questions. from any of my papers by posting a comment.

I worked for GE Nuclear for about three years, but moved to a different field when I saw pieces of the last reactors we had on the books going though my shop. I liked GE and tried to stay with them, but they didn't have much on the West Coast.

I agree that California does not support nuclear power, and intends to shut down Diablo Canyon. The second paper on this list, Destructive Restoration, is on this subject.

Solving some of our biggest issues in the C&I (Commercial and Industrial) sectors. Buildings use SO much energy, electricity, heat and of course cooling.

APPG | Hydrogen - What do we need to make hydrogen a reality?