Canada's Parliamentary Budget Officer estimates the cost of the country's navy warship project has increased to $70 billion. This program is the largest single expenditure in Canadian government history. Run by Irving Shipbuilding on the east coast, the aim is to produce 15 warships to replace the navy’s fleet of Halifax-class frigates and the Iroquois-class destroyers that the navy previously operated, which works out to a cost of $4.67 billion per ship.

War Plan Orange was a secret strategy the U.S. military had been developing, refining, and updating since 1906, which became the blueprint for the war in the Pacific subsequent to the attack on Pearl Harbor.

The US Naval Institute points out, “planning for the long-term implications of climate change today is as important as planning for a major Pacific conflict was in the last century. To address climate change, the Department of Defense (DoD) and Pacific Command (PaCom) in particular needs a 21st-century War Plan Orange. 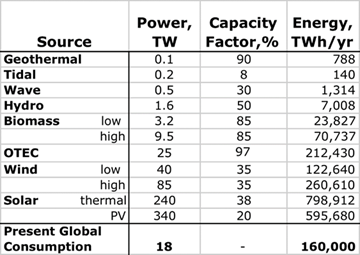 It is uniquely the only energy source that sequesters CO2, neutralizes ocean acidity, cools the surface of the ocean and atmosphere, reduces sea level rise, cyclonic activity and intensity, desertification, and wild fires.

My province's hydro rate is 8.29 cents per kWh for the first 1,350 kWh used over an average two-month billing period and 12.43 cents per kWh above that. Using the cheaper rate, 25 terawatts of OTEC produced energy would deliver $1.76 trillion dollars each year in energy value per the following table.

When scaled to plant sizes of 200 megawatts and greater plants like the one shown below, are economically viable even without the environmental benefit. 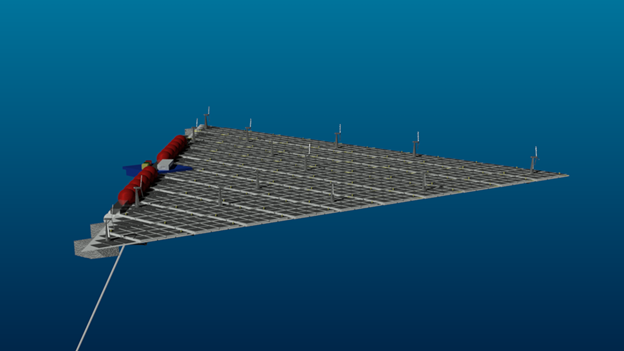 The following table shows the prorated return on investing in OTEC plants that are a better global security risk than war ships, which provide no economic benefit.

The following Canadian government graphic shows that as of 2014 was producing 1.6% of the world’s greenhouse gas emissions. 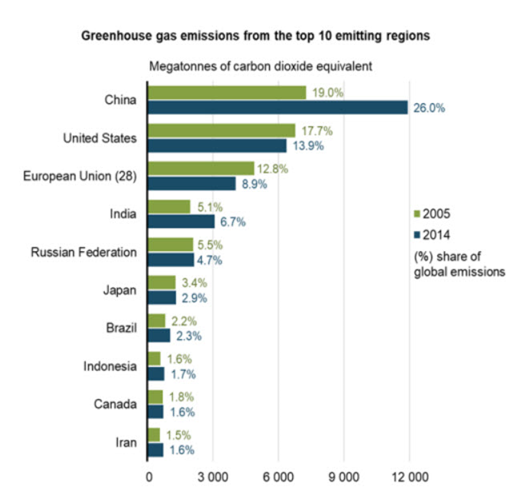 Surprisingly enough Canada’s emissions increased by 19.5%, over the same period but those of China and India increased more rapidly.

The following table shows the benefit, prorated on its emissions, Canada would receive by producing OTEC plants, which could just as easily be called supply ships, rather than war ships.

In other words, instead of paying $70 billion dollars for warships, we should be paying in the range of $15 to $35 billion for OTEC plants that can return in the range of $7 billion to $28 billion in revenue every year.

How’s that for a commitment to NATO for which each member is supposed to commit a minimum of two per cent of its Gross Domestic Product, while Canada only contributed 1.23 percent in 2018.

Prorated to 2% our cost/benefit providing supply ships rather than war ships would be as follows.

Canadian supply ships rather than frigates can fuel the navies of the world with fuel produced in their own environment and usher in a global hydrogen economy for the entire planet.

The above result can be extropolated for each of the top 10 emitting regions.

Now that is war plan for the 21st-century.

With the same taxpayer dollar, we should be getting exponentially greater return in terms of jobs, global security and social benefits.

Politicians and policymakers have to be held to account.

In other words, instead of paying $70 billion dollars for warships, we should be paying in the range of $15 to $35 billion for OTEC plants that can return in the range of $7 billion to $28 billion in revenue every year

Man, if only a fraction of the budget that globally goes to military went to energy innovations and fighting climate change...