Citing its own April 29 “report card” on the region’s air quality, the ALA told the Denver Post that levels of ground-level ozone – sometimes called smog – are deteriorating rather than improving. But the ALA went much further, claiming that while the air above the Denver metro area “looks cleaner than in the 1970s,” the region actually has “higher ozone” and the gains made since the 1970s “are going away.”

In the same news story – authored by the Post’s environmental writer Bruce Finley – the Colorado Department of Public Health and Environment (CDPHE) warned the ALA’s report card was “both inaccurate and misrepresents air quality in Colorado.” But Finley’s story didn’t detail what those inaccuracies and misrepresentations actually were.

In a follow-up interview with Energy In Depth, CDPHE’s Air Pollution Control Division (APCD) Director Will Allison revealed that the ALA report card ignored a full year of air quality data from 2014, which shows ozone levels getting better, not worse. To claim there’s higher ozone now than back in the 1970s also ignores decades of air quality data that show “it’s gotten a lot better,” Allison said.

Remarkably, Finley’s reporting also failed to disclose the ALA is running a campaign to drastically lower federal limits on ground-level ozone. For years, the ALA has demanded the current limit of 75 parts per billion be cut to 60 parts per billion, a proposal that Colorado air quality regulators have warned is lower than some background levels in Western states. This is yet another example of Finley’s failure to disclose the activism of his sources, when the Society of Professional Journalists Code of Ethics clearly states the public deserves “as much information as possible to judge the reliability and motivations of sources.”

The same code of ethics urges fairness in news coverage, but there is also no sign that Finley sought comment from business leaders and elected officials who oppose the campaign by ALA and other groups to tighten the federal ozone standard to levels that are economically impossible to meet. For example, the Colorado Association of Commerce and Industry and county commissioners Sean Conway (Weld), Libby Szabo (Jefferson) and Erik Hanson (Adams) have all submitted comments to the U.S. Environmental Protection Agency on this very question. But their views are completely ignored in Finley’s story.

Read on for more detailed answers from Colorado APCD director Will Allison about the ALA’s so-called “report card.”

EID: What’s your response to the ALA suggesting Denver metro air quality is getting worse?

Allison: Let me start by saying we value the American Lung Association and we both share tremendous interest in keeping our air as clean as possible. But we do have some concerns with their annual report and those concerns are not new. It doesn’t provide a complete picture. This year’s report asserts that air quality has somehow gotten worse, but in fact our data shows it’s getting better.

The report uses 2011-2013 averaging periods for ozone, but we already have data for 2014 ozone. Ozone levels went down significantly in 2014. But that’s not accounted for in the report. At a high level, 2014 was a very good year for ozone, meaning we had comparatively low ozone levels. There are a couple of reasons for that. One is the effect of some of the good regulations we have in place and the reductions that many industries have made across the board. Another reason is simply Mother Nature: Last summer was a comparatively wet and cool summer. When you have cloud cover and rain that does not lend itself to ozone formation.

If you look at 2011-2013 averages, we had 10 monitors in the Denver North Front Range that exceeded the ozone standard of 75 parts per billion. But if you look at the 2012-2014 averages, only four monitors exceeded the federal standards. So there was a significant drop from 10 noncompliant monitors to four.

EID: What’s your response to ALA giving letter grades to counties?

Allison: From our perspective, that approach can be misleading to the general public. In states like Colorado, we have very large counties compared to Eastern states. So you could see an entire county get a grade that is based on a single monitor that may not be representative of the entire county. If a monitor exceeds the ozone standard, the entire county may get an F. For example, Douglas County gets an F based on the ozone reading at the Chatfield monitor in the far northwest corner of the county.

EID: The ALA told the Denver Post: “Just because you can’t see the pollution doesn’t mean the air is clean. Our air looks cleaner than in the 1970s. But we have higher ozone, and we have more and more particulates. The gains we made in the 1970s are going away.” Do you agree?

Allison: We would certainly disagree with that statement. The data does not support a characterization that it’s gotten worse since the 1970s. In fact, it’s gotten a lot better.

The photochemistry of air pollution is extremely complicated. We’ve made great strides and more work needs to be done. But it makes our jobs harder when positive trends are being spun the exact opposite way. We do value the work the American Lung Association does, and we share their concern, but it is challenging when we have different messages based on the same data.

There are so many things we have done as a state and as a country when it comes to improving air quality since the 1970s. For example, here in Colorado the oil and gas industry has enjoyed tremendous growth in recent years, and we think our efforts at CDPHE have kept pace with that. We have passed half a dozen significant rulemakings that directly address emissions from the oil and gas industry and limit the emissions from that industry. Those regulations have served as a precedent and a model for other states.

Ozone levels have been, if anything, flat or perhaps going down a bit. They tend to bounce around in a certain bandwidth. It is worth noting that ozone levels have remained relatively flat over the last decade or two, yet we’ve seen tremendous growth in Colorado in terms of population and in terms of industry. I think that is a testament to the fact that we’ve had a lot of very effective regulations in place and business practices in place to drive down emissions despite the growth.

Ozone is certainly not an issue that is going away. In fact, EPA is going to finalize a new ozone standard, that we assume will be lower, later this year. So that reinforces the need to be vigilant on this topic and ensure that we keep emissions down as much as possible. We did submit extensive comments about the EPA’s ozone proposal. We did not pick or recommend a number. We encouraged EPA to take note of some of the confounding factors that we have in the West and in areas at altitude. That includes very high background levels. So, if the background ozone in a given area is 50 parts per billion and the standard is 75, there’s only 25 parts per billion that we could hope to have any control over. Things of that nature make the issue particularly challenging in the West.

We can point to significant reductions in our emissions over the last decade. Those reductions do not always translate linearly to lower ozone levels and some of that is because of factors beyond our control, such as weather or the transport of emissions from other parts of the country or even other nations.

Managing air quality in the state is not about any one industry. Air quality is impacted by a multitude of different factors, including a variety of different industries. That said, certain things contribute greater emissions than others. From an air quality perspective, in no particular order, vehicles and power plants and the oil and gas industry have some of the bigger emission profiles of sources here in the state of Colorado.

At the federal level in particular, numerous initiatives have been passed to make cars cleaner and cleaner. Cars today are cleaner than they’ve ever been and are projected to get even cleaner between now and 2050. So we’re seeing much less emissions from that. That said, as populations grow so can the fleet, so even though there are cleaner cars, there can be more of them.

With respect to power plants, we have numerous controls on the books, including our Clean Air Clean Jobs Act, which reduces over 70,000 tons of pollutants from power plants in the Denver North Front Range between now and 2018.

With respect to oil and gas, we’ve done probably half a dozen rulemakings through the years to address those emissions. The most recent was in 2014, where we worked collaboratively with the industry and with environmental groups, such as the Environmental Defense Fund, to craft a broadly supported set of changes that will require the country’s most stringent leak detection program. We expect we will reduce over 90,000 tons of volatile organic compound emissions from the industry annually.

But for the regulations we have in place for a host of industries, we would have a much more significant problem on our hands when it comes to ozone. Limiting NOx and VOC emissions is a proven technique to limit ozone formation. 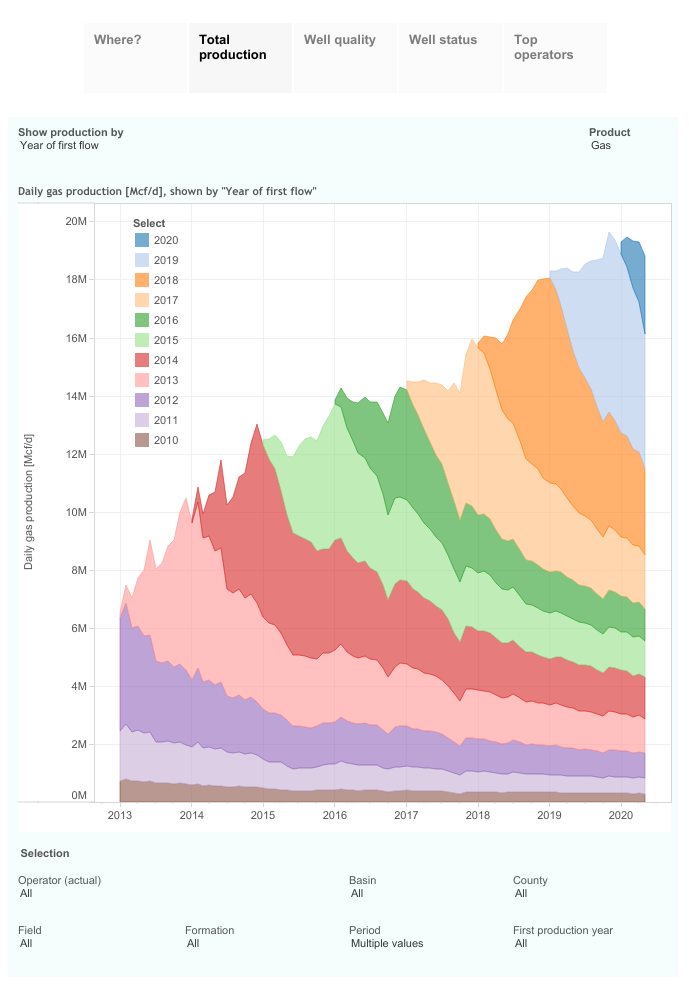 Xcel plans hydro and solar renewable power projects at Ryan Companies' Highland Bridge redevelopment in St. Paul, Minnesota. Five MW of energy will be needed to power the development, with another five MW available to other Minnesota customers. 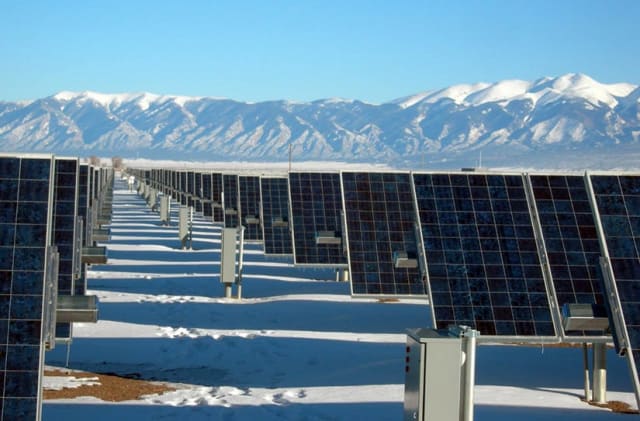 NREL researchers completed an assessment of PV recycling around the world, with an eye toward identifying the most promising solutions. Here's a brief synopsis of their report, "Research and development priorities for silicon photovoltaic module..