The National Oceanic and Atmospheric Administration have now released 2017 temperature data, showing the year to be the third warmest on record, but also the warmest in a non-El Nino year. The story resulted in a flurry of articles across the media world. 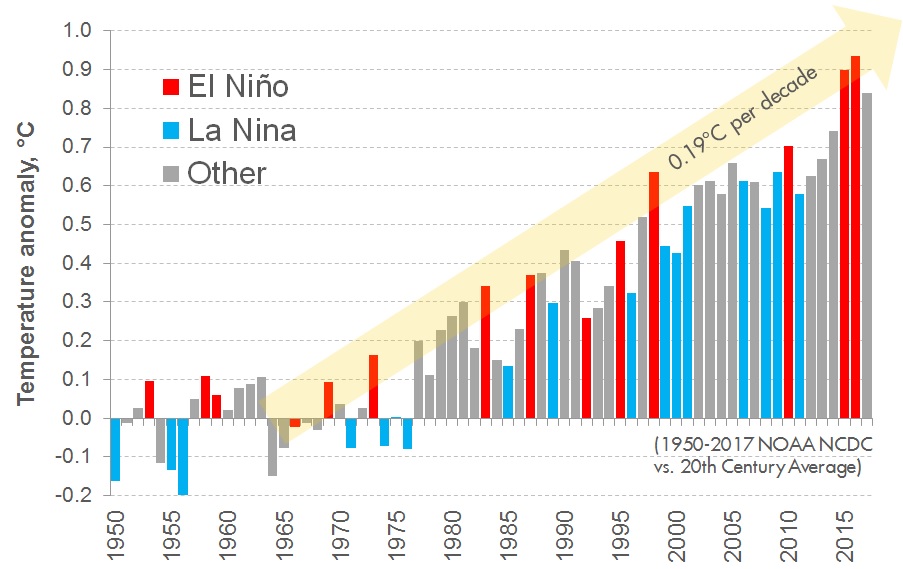 The New York Times published a story which attempted to summarize current efforts to reduce global emissions. Their take on the issue is akin to the Hans Christian Andersen parable, The Emperor’s New Clothes, where the Emperor was tricked into believing that his new clothes were the finest available, when in fact he was wearing nothing at all. The New York Times notes;

Inveigled by three decades of supposed diplomatic progress — coupled with falling prices of wind turbines, solar panels and batteries — the activists, technologists and policymakers driving the strategy against climate change seem to have concluded that the job can be done without unpalatable choices. And the group is closing doors that it would do best to keep open.

The choices they are referring to are nuclear, various forms of carbon capture and storage (CCS) and geoengineering. Readers of my posts over many years, and my recent book, Putting the Genie Back will recognise my particular passion for the second on this list, the role of CCS. As I see it, no matter which way you do the maths, the climate problem doesn’t resolve itself without some form of large scale carbon capture. Building carbon capture and storage capacity offers a further option which gets little attention today but may well be vital for the next generation; the prospect of climate restoration, or removal of additional quantities of carbon dioxide from the atmosphere in the 22nd century to bring the temperature back towards pre-industrial levels.

But as if on cue with the NYT story, researchers from the Potsdam Institute for Climate Impact Research (PIK) published a paper in Nature Climate (subscription required) which questions the implementation of BECCS in emissions mitigation. BECCS, or bio-energy with CCS, is conventional CCS applied on power plants operating with a biomass feedstock as their energy source. The geologically stored CO2 has been removed from the atmosphere via the carbon contained in the biomass. The Guardian also published a similar story.

BECCS plays a critical role in many climate models and the scenarios developed with them, in that it offers a route to remove emissions from ongoing use of fossil fuel in sectors where the technology pathway for zero emissions either doesn’t exist or is in its infancy. Aviation is one such example; there is no line of sight today to alternative fuels or means of propulsion for aviation, except for a drop-in hydrocarbon substitute produced via a biofuel route. A large-scale alternative to current aviation fuel or a brand-new propulsion system for planes will take decades to fully develop and deploy.

BECCS is also used extensively in the scenarios published as part of the IPCC 5th Assessment Report and are expected to feature in the IPCC Special Report on 1.5°C, coming out later this year.

The concern raised by the PIK researchers is that large scale growth of suitable biomass for power stations would disrupt other earth systems, breaching various planetary boundaries such as freshwater availability. They conclude that socio-economic pathways requiring substantial BECCS bear the risk of triggering potentially irreversible changes in the Earth system through extensive land-use change, water use, alteration of biogeochemical flows and compromising biosphere integrity.

While it is important to fully understand the impact and risks of various energy pathways, simply removing yet another mitigation option from the table isn’t helpful for a discussion that is running very short of possible routes forward. The broader use of biomass for energy, together with nature based solutions, including reforestation, changes in agricultural practices and restoring degraded land is very likely to figure in our energy future, so should be looked at more holistically. For example, looking at various practices around the world today offers great potential, when comparing the range of crop yields from what is otherwise similar land. Introducing best practices more widely could allow significant scope for bio-energy production without impairing other systems. 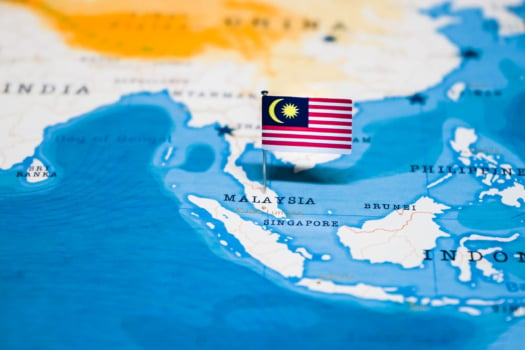