Climate Storms Back as Top Issue for Canadian Voters 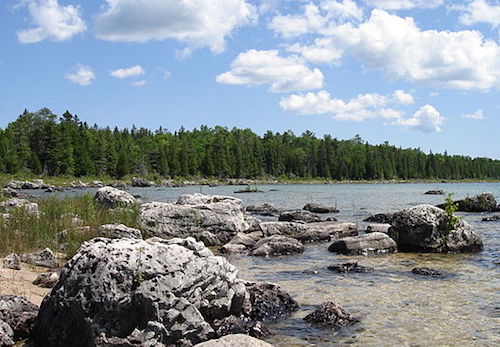 Environment and climate has re-emerged as a top issue for Canadian voters, while urgency around the COVID-19 pandemic declines, as the country gets ever closer to an expected federal election this summer or fall, according to data released last week by the non-profit Angus Reid Institute.

“Even as recently as June, the coronavirus response was the second-highest priority for the public,” Angus Reid writes. Now, with nearly 80% of the eligible population at least partially vaccinated, “just one in five Canadians say it is among their top three broad concerns for the country. In its stead, health care and climate change have risen to their own level of heightened priority, followed by key economic issues.”

The survey of 1,625 respondents showed the two top issues—environment/climate and health care—hitting the top-three list for 36% of voters, with the economy following at 31%. Coronavirus/COVID-19 response came in ninth on a list of 11 issues, at 19%. “Energy/natural resources/pipelines” placed dead last Canada-wide, at 13%.

The Angus Reid report tracks the prominence of the key vote-determining issues back to the second quarter of 2020, when the pandemic was just beginning. Environment and climate held steady through the entire period in third or fourth place, never showing up below 25 or above 30% of respondents—until this month’s quarterly survey. Over the same time span, First Nations/Indigenous issues rose from below 10% in the second quarter of 2020 to 23% today. The pandemic peaked at about 47% toward the end of last year.

In the latest quarterly results, environment and climate placed first in British Columbia, with 43% of respondents listing it as one of their top three issues, second in Ontario, Quebec, and the Atlantic provinces, and third in Manitoba, at 30%. Energy, resources, and pipelines came in second in Alberta, at 43%, with the economy placing slightly ahead at 45%.

Environment and climate is the top issue for likely Liberal and NDP voters, at 47 and 55%, respectively, and placed second after health care among Bloc Québécois supporters, at 49%, Angus Reid found. It fell below the top three for Conservative Party of Canada voters.