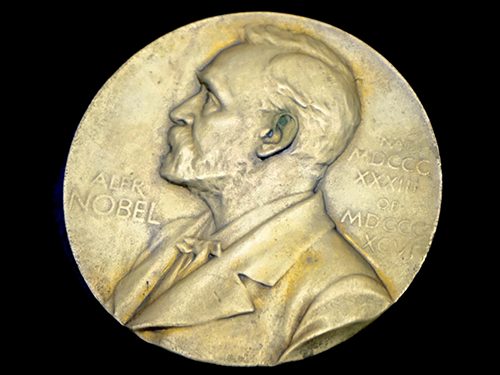 This year’s Nobel Prize in Physics has been awarded to three researchers for their work clarifying how humans and climate interact in complex physical systems.

Syukuro Manabe of Japan and Klaus Hasselmann of Germany jointly received half of their prize for their physical modelling of Earth’s climate, quantifying variability and reliably predicting global warming, The Guardian reports. The other half went to Giorgio Parisi of Italy “for his discovery of the interplay of disorder and fluctuations in physical systems from atomic to planetary scales.”

In addition to his role in leading the development of physical models of the Earth’s climate during the 1960s, Manabe has also helped reveal how increasing levels of atmospheric carbon dioxide can lead to higher temperatures on the Earth’s surface. Hasselmann’s prize-worthy research had its foundation in the 1970s, when he created a model linking weather and climate that helped explain why climate models can continue to be reliable despite the unpredictability of weather.

“It is almost impossible to imagine that there would be such widespread call for action on climate change without the work of many modellers, but particularly Manabe and Hasselmann,” Grantham Institute professor Ralf Toumi told The Guardian.

Parisi’s work looked at “spin glasses”, hidden patterns in disordered complex materials. His research made it possible to understand and describe materials and phenomena that appear random. Though his Nobel is for applications of his research in climate science, his findings have had an impact on various other fields, including neuroscience, computing, and a specialized form of optical technology called “random lasers”.

The work of Parisi and the other two researchers contributed to climate science in different ways. But Nobel Committee for Physics Chair Thors Hans Hansson said the common theme connecting the awards “has to do with how disorder and fluctuations together—if you understand it properly—can give rise to something that we can understand and predict.”