The climate chickens are coming home to roost! 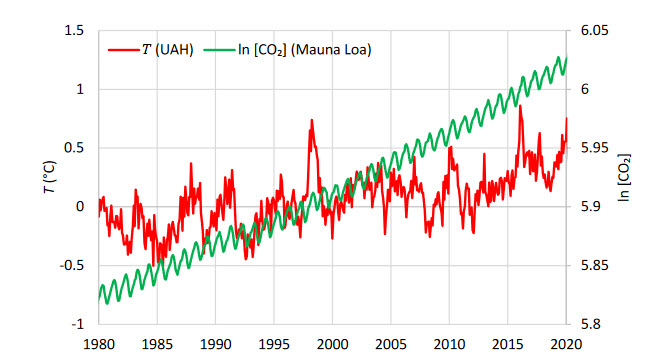 The preceding synchronous plots of a time series of temperature from satellite measurements over the globe (UAH) and a logarithm of CO2 concentration at Mauna Loa at monthly scale are from the paper, Atmospheric Temperature and CO2: Hen-Or-Egg Causality? by Demetris Koutsoyiannis and Zbigniew W. Kundzewicz.

This study supports the hypothesis that the dominant direction of the causality between temperature and CO2 is temperature leads and CO2 follows, despite the fact the prevailing public, as well as in scientific, perception is the opposite is true. And the study showed CO2 changes followed temperature changes by about six months on a monthly scale, or about one year on an annual scale.

They used the example that increases in soil respiration, reflected the fact that the intensity of biochemical processes increases with temperature, leading to increased natural CO2 emission. But the following graphic from the engineeringtoolbox, which is an extrapolation of the Ideal Gas Law, is even more revealing considering the oceans contain 49 times more carbon than the atmosphere and as the graphic shows, the solubility of CO2 is dependant on the temperature of the water. 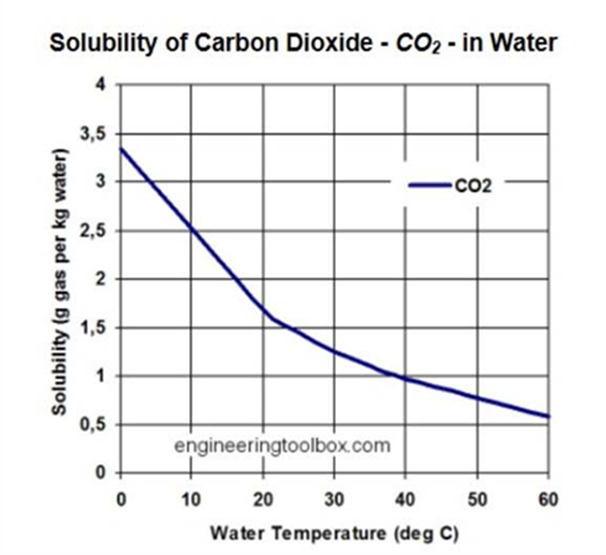 Furthermore, the ocean is the greatest repository of heat -to say nothing of carbon - per the following graphic from the paper Upper Ocean Temperatures Hit Record High in 2020. 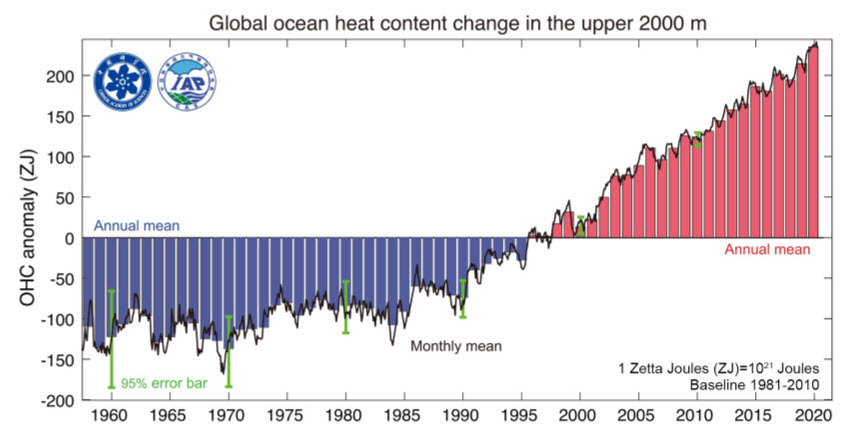 A zettajoule is a unit of heat energy that equals 1021 joules, which equates to about 32 terawatts.

The amount of heat energy the ocean has absorbed since 1960 is more than eight times the amount of energy we consumed over the same period, and the rate of absorption is escalating.

Since 1980 the average rate of accumulation was about 5 zettajoules a year, but in 2020  the study found that warming increased between 15 to 25 zetta, equating to between 476 and 793 terawatts for an average of 634 terawatts: about 33 times current the annual energy consumption.

Climate policy has been depicted as a three legged stool, with emission reduction, greenhouse gas removal and direct cooling all being required to provide a stable platform.

As the following graphic from the Carbon Dioxide Information Analysis Center demonstrates, fossil fuel burning is assumed to be the most significant cause of global warming and international energy policy options are being governed accordingly. 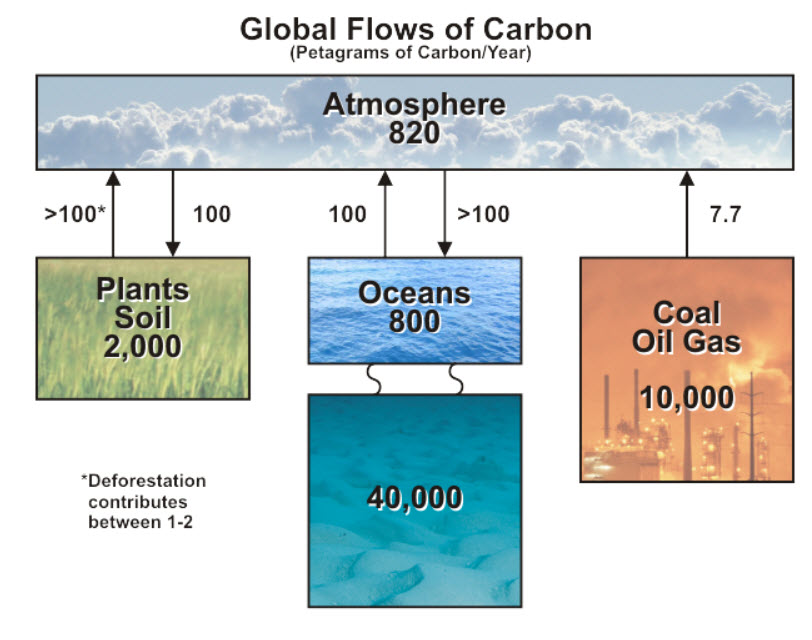 From the perspective of global warming, the assumption that CO2 with other greenhouse gases is the singular significant cause has been the basis for international recommendations on energy options. And based on that perception, fossil fuels should be gradually replaced by renewable energy sources that do not result in significant CO2 emissions, and nuclear energy. But as shown above the cause-effect relation between CO2 and warming isn’t that simple. And we have known for years there is a significant quantity of waste heat associated with energy consumption. Which scientists like, Nordell, Chaisson, Flanner, Arnold and Bian have concluded is the dominant cause of atmospheric warming. Which in the case of fission and fusion that produce prodigious quantities of waste heat, Arnold suggests render these technologies unsustainable - contrary to the claims of their advocates.

The objective of the United Nations Framework Convention on Climate Change (UNFCCC) that established the IPCC in 1988 was embodied in title of the resolution adopted by the General Assembly, “Protection of global climate for present and future generations of mankind”.

The resolution recognized that "climate change is a common con­cern of mankind, since climate is an essential condition which sustains life on earth." It also proceeded from the express conviction that "climate change affects humanity as a whole and should be confronted within a global frame­work so as to take into account the vital interests of all mankind."

But energy too has become a common concern of mankind, since it too sustains life on earth and is a vital interest of all mankind.

Putting a price on carbon is every bit as antithetical to our vital interest as is burning it. As is the notion we should cutback energy production when a plurality of mankind is energy poor.

Massive amounts of cheap, low-carbon energy are needed to build carbon capture and storage and carbon dioxide removal infrastructure, and to run it effectively in a carbon-negative way, which is a zerosum game.

The only way to square this circle is to convert the heat of global warming to work, remove the bulk of the heat to deep water, which in turn reverses the offgassing of CO2  from the ocean to the atmosphere, which mitigates every concern of global warming and is the cheapest source of energy extant. All of which is the unique domain of Thermodynamic Geoengineering.

Energy options, with long-term consequences, must be built on the most comprehensive and available scientific bases but we are getting anything but.

As former Republican senator Chuck Hagel says in the Frontline docuseries The Power of Big Oil, “What we now know about some of these large oil companies’ positions, and what they did know and they didn’t tell us or they didn’t recognize, they lied. And yes, I was misled. It would have put the United States and the world on a whole different track. And today we would have been so much further ahead than we are. It’s cost this country, and it cost the world.”

Back when, the industry promoted natural gas as a cleaner alternative to try to delay the transition to renewable energy and currently is pivoting to carbon dioxide removal with the same aim.

As the saying goes,  “Fool me once, shame on you. Fool me twice shame on shame on me.” But in the case of climate and energy the stakes are our grandchildren.