Clean Energy: PEOTUS Biden lives in a different world than PEOTUS Obama did President Elect (PEOTUS) Joe Biden lives in a far different world than PEOTUS Obama did across many arenas. When it comes to clean energy and climate action opportunities, there are some rather stark — and encouraging — differences between the two eras.

In 2008, those advocating for rapid clean-energy investments and deployments had to be creative in accounting (seeking fully-burdened analysis (including health implications, job creation, climate risks)) as part of the advocacy efforts. In 2020, clean-energy options are ever more clearly cost competitive with fossil-foolish options — even without considering pollution and other costs from exploiting and burning fossil fuels. These a few graphics make clear how different 2020 is from 2008.

The drop in renewable costs over the past decade has really been amazing. Wind and solar went from two of the most expensive ways to generate electricity to two of the cheapest. Sure, there's more to the story than just these numbers, but still, a marvel. https://t.co/h6FG9pWGLQ pic.twitter.com/LQab3e63sX

Of course, it isn't just wind and solar pv. 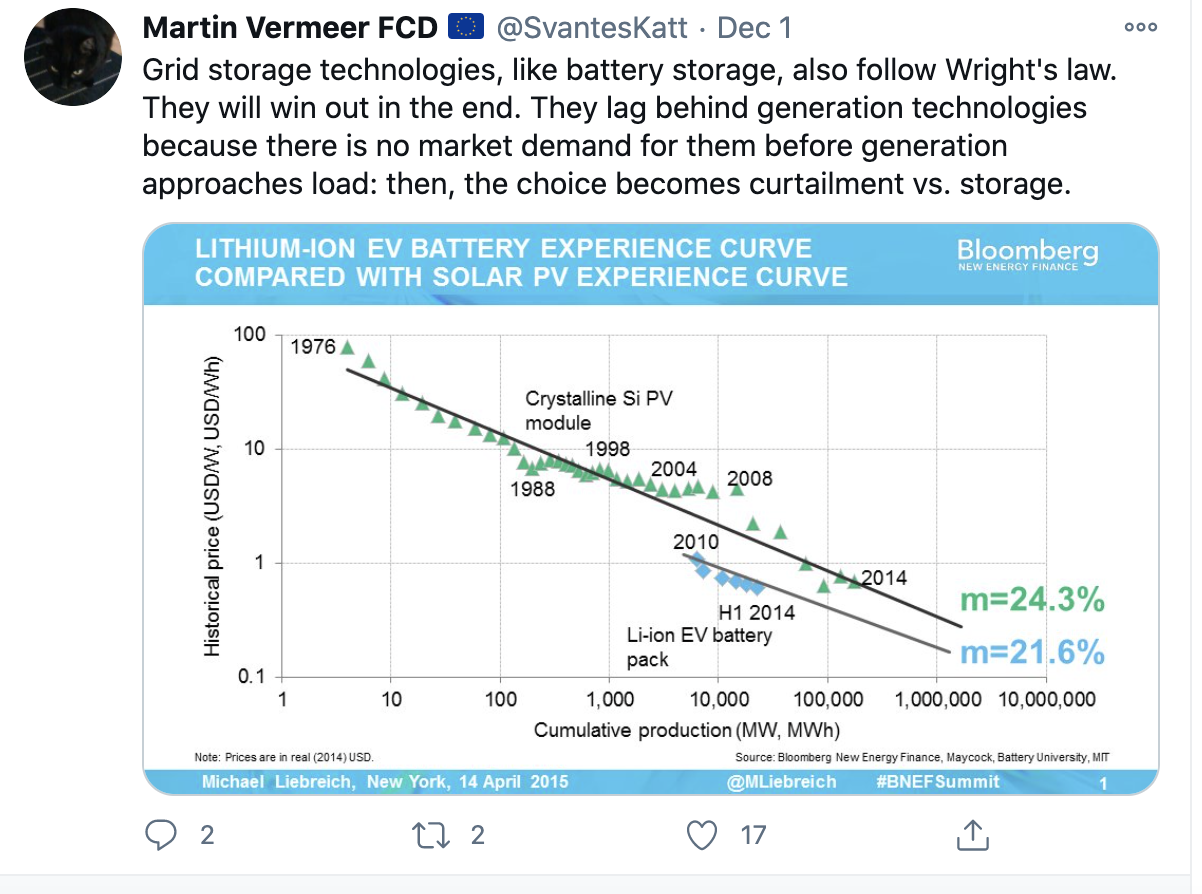 When it comes to batteries …

As Jonathan Foley, the director of Project Drawdown, reminds, this ‘got so cheap, so fast’ is happening across many clean-energy domains (efficiency, generation, data for better management, …). 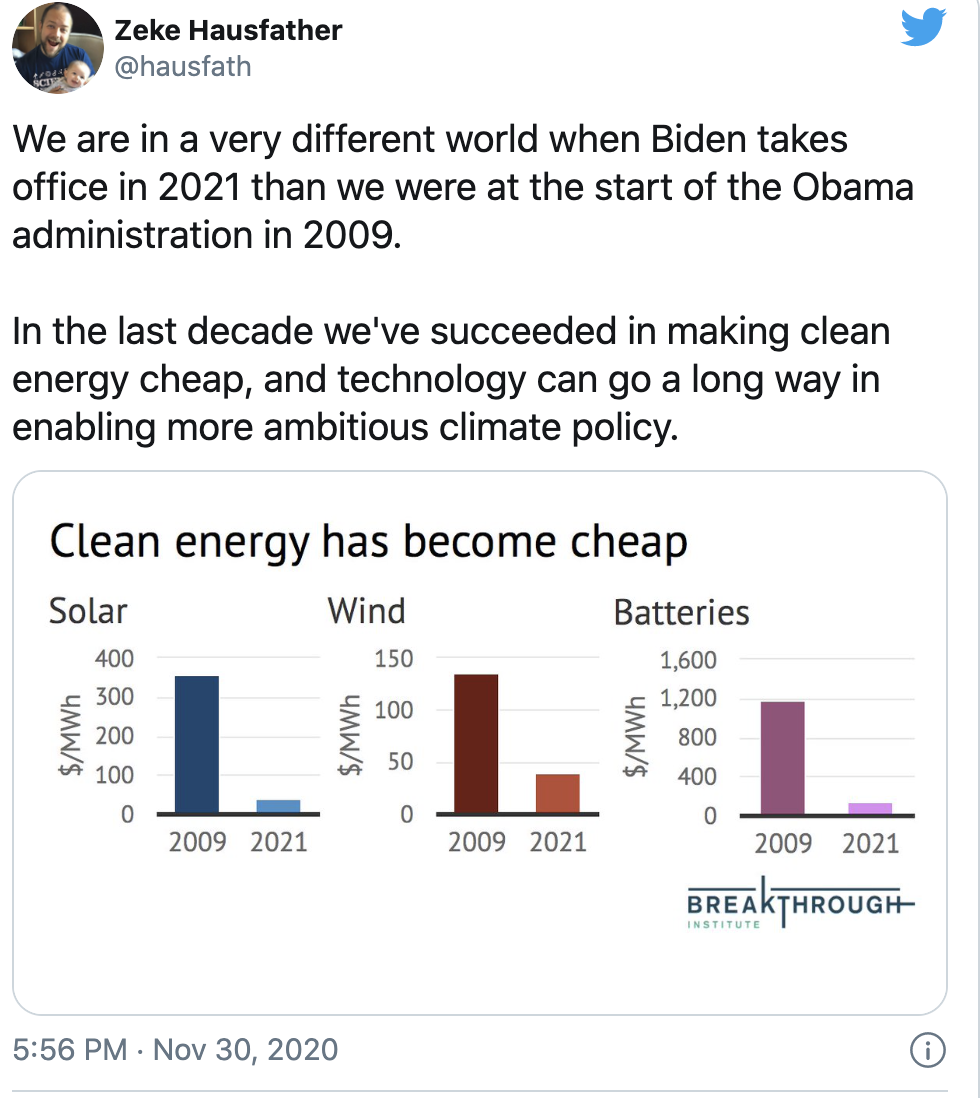 Looking at Zeke’s tweet, at that simple graphic, really struck home even though the numbers and trends it points to are far from ‘news’ (especially to informed people like the members of this community).

Renewable Energy Cheaper than Coal (RE<C) initiative through Google.org as an effort to drive down the cost of renewable energy.

Many (most?) viewed RE<C as a quixotic and potentially unrealistic quest in the near-term, seeing a need for pricing pollution as the most critical tool since renewables were seen as potentially never being ‘as cheap’ as polluting fuel usage where the pollution wasn’t counted in the financial transactions. While Google walked away from RE<C after a few years (leaving this to others), that RE<C vision was met for much of the world within about a decade and is a more powerfully true equation with every passing day. And, as the Lazard graphic above makes clear, it is RE<C, RE<O (oil), RE<FG (fossil gas), and, increasingly, just RE<FF (Renewable energy at a lower cost than fossil fuels).

PEOTUS Obama lived in a world where RE<C / RE<O, RE<FG, RE<FF was an aspirational vision.

PEOTUS Biden lives in a world where this is reality.

4 years is a long time in the scale of speed of the utility industry today-- even more if you're comparing Biden today to Obama/Biden in 2008. Plenty of reasons the Biden Administration won't just be a de facto 3rd Obama term when it comes to energy issues

1. Absolutely. 4 years is a long time w/ the rapidity of change.

2. Good to show, obviously I think based on this post, clarity of how radically different a world it is -- especially to those who aren't focused on energy issues.

3. If you actually look at how some people talk (and, well, thus think), there are sometimes words/concepts that would have fit in well with 2008 that really have become OBE. (Thus, value/potential importance of [2].)