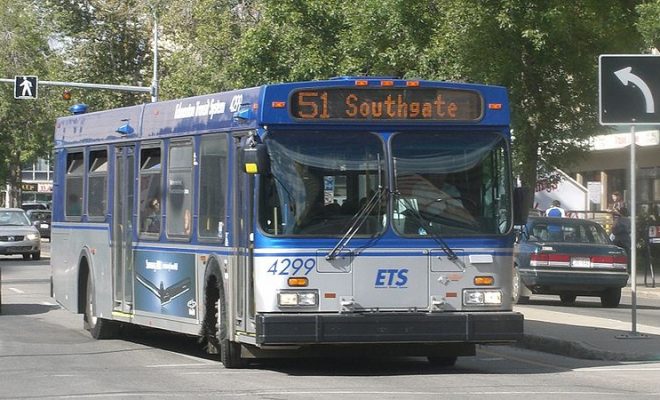 Transit is having a moment toward the top of the agenda for economic recovery investment requests, with both the Federation of Canadian Municipalities and a national transit consortium urging Ottawa to make it a priority for federal spending.

On Monday, the FCM asked the Trudeau government “to continue its emergency funding for the operation of municipal transit systems, which are facing major budget shortfalls as near-empty buses and trains circulate during the pandemic,” the Globe and Mail reports. “The federation says a recovery plan should include new funding to expand transit networks and accelerate the adoption of zero-emission trains and buses—a request that is in line with the government’s policy pledges.”

The FCM also asked the government to double federal gas tax transfers to C$4.4 billion per year over three years.

The non-profit Canadian Urban Transit Research and Innovation Consortium (CUTRIC), meanwhile, is calling on Ottawa to advance zero-carbon transit by including an annual $3-billion annual funding increase in the economic update expected this fall, iPolitics writes.

The lead item in the FCM wish list was a $7-billion infusion to the federal Rapid Housing Initiative to help cities buy out struggling hotels for affordable housing. “With the market changing, you’ve got to jump on those opportunities when they present themselves,” said federation president Garth Frizzell. “This is a time when those properties are available at reasonable rates, so we want to strike while the iron is hot.”

He added that municipal leaders have been in regular contact with Infrastructure Minister Catherine McKenna and other cabinet ministers. The Globe says McKenna expressed an openness to helping cities during a video conference Monday with the Canadian Urban Transit Association, while stressing that provincial governments will also have to step up.

“I am not the Finance Minister, I should be clear, although I do see myself as an advocate for communities and public transit,” she said. “I have no doubt that public transit is critically important. So we need to get through this period and then we need to build for the future.”

CUTRIC Executive Director and CEO Dr. Josipa Petrunic said lower ridership during the pandemic has cost municipal public transit agencies millions of dollars. “However, she says, ridership has rebounded some, and the federal government needs to invest far more to build back a better transit system that meets cities’ needs,” iPolitics writes. And “new polling data suggests Canadians are on board with more support for transit,” with 83% telling an EKOS Research poll that “governments have a responsibility to ensure people can access safe, affordable transit”.

Petrunic told iPolitics a federal investment will be essential to meet the government’s target of rolling out 5,000 zero-emission buses by 2025. “We need to get people back to public transit safely with good designs, including air flows, and build a transit system with zero net emissions,” she said.

McKenna press secretary Chantalle Aubertin responded that “the pandemic has highlighted how public transit is critical to get essential service workers to their jobs in hospitals, pharmacies, and grocery stores. And for major projects to advance to procurement, and to quickly stimulate jobs and growth with zero-emission buses and active transportation projects.”