China's Electricity Sector at a Glance: 2013

It is quite a challenge to pin down an electricity system that has grown 10.8 percent annually over the last decade, doubled power generation in just 7 years and added 80-90 gigawatts (GW) – the equivalent of the United Kingdom’s entire generating capacity –every year.

Notably, after a lull in 2012, electricity demand growth recovered last year owing to resurgent industrial demand. Coal retained its share in terms of capacity factor, while wind saw a rise in capacity factors indicating that some measures to improve integration have had an impact. The “Big Five” state-owned generating companies – which collectively own 47 percent of Chinese generating capacity – made record profits in 2013, and the top electricity regulator was rolled into the top energy policy body in an attempt to streamline oversight.

Let’s take a spin through the 1,250 GW Chinese electricity system…

In 2012, electricity demand growth fell to 5.6 percent, its lowest rate since 1998. In contrast, 2013 saw electricity growth regain 1.6 percentage points, to 7.2 percent growth for the year. While GDP grew at the same 7.7-7.8 percent rate in both years, last year’s surge in electricity demand was driven by an uptick in heavy industry-led growth. Crude steel production grew 7.5 percent compared to 3.1 percent in 2012, while the automobile production sector grew 18.4 percent, almost three times faster than in 2012. As over 70 percent of electricity production in China goes to satisfy industry demands, this readjustment drove national power sector demand (see figure, throughout, historic data is from the CEC – China Electricity Council.)

In addition to increasing output, over the last decade the degree of electrification of China’s industry has steadily risen. In 2001, 20 percent of industry’s energy needs were serviced by electricity. By 2010, this had risen to 28 percent, surpassing the US for the first time. The other primary industrial energy fuelstock is coal, which at 56 percent in 2010, is significantly larger than US industry’s biggest fuelstock, natural gas, which stands at 40 percent of energy inputs (data from IEA, as compiled by LBNL China Energy Databook, Table 9B.6).

In 2012, new generation from coal slowed to a near standstill as wind, hydro and nuclear all had historic years. Last year, with less precipitation and more electricity demand to meet, coal-fired generation reversed its 2012 decline, maintaining historic levels of utilization. Chinese statistics typically measure utilization in terms of “full load hours”, which similar to capacity factor gives an indication of how much electricity is generated per unit capacity.

Based on these low utilization levels, as I noted last summer, coal-fired power is likely in an overcapacity situation and checking the construction of new coal-fired capacity should be a government priority.

In 2013, in line with these conclusions (as well as meeting 2015 renewable capacity targets), new renewable energy capacity additions surpassed thermal installations for the first time (thermal and hydro data from NEA, wind from CNREC, and an early solar prediction from CREIA).

In terms of total capacity on the grid, thermal dipped below 70 percent (see table, figure).

As has been pointed out, looking at capacity numbers alone is misleading because of the varying utilization rates (Three Gorges Dam, at about one-fifth the capacity of China’s wind sector, has generated 700 TWh of electricity, more than all the cumulative wind installations in China to date). However, less coal capacity does translate into more integration space for renewables. This is because of the cost recovery mechanisms built into the Chinese power sector, which guarantee each coal plant a certain amount of generating hours each year. More coal plants on the system means less demand that can be met by other sources.

As seen in the full load hours data, wind also saw an increase in capacity factor in 2013, possibly as a result of improved measures to reduce curtailment, which is one of two big systemic challenges facing China’s wind sector. The sector also made noticeable progress addressing its other key challenge – grid interconnection – as both new installations grew and the percentage of non-connected capacity fell (see figure).

The wind sector is likely to keep going strong in 2014, as an additional 56 GW of wind has already been permitted according to government statistics (read here for a provincial breakdown), and analysts expect 14 GW of solar will be added to China’s power system in 2014.

Since coal prices were partially liberalized in 2005, electricity generation companies have faced almost the entire risk of price swings in their primary fuel, owing to the centralized tariff-setting procedure that keeps electricity rates low. Competing with non-power generation industries, which collectively use as much coal as the entire US fleet of coal-fired power stations, coal prices have spiked in recent years contributing to CNY 100 bn ($17 bn) losses from thermal generation in the Big Five state-owned gencos since 2008.

2013 reversed this trend however: owing to falling coal prices and generating companies’ increasing reliance on fixed annual contracts, the Big Five posted CNY 74 bn ($12 bn) in profits from all their operations, their highest in twelve years (the exact breakdown of profits from thermal generation is unavailable). On other hand, new thermal additions from the Big Five only constituted one-fifth of total new thermal investments in the Chinese power sector, as the major gencos ceded space to other state-owned firms.

Reforms and prospects for 2014

Last March, the top electricity regulator was combined with the key energy-policy body, forming a new National Energy Administration. Central authorities claim the restructuring will facilitate market functioning, centralize and remove redundant regulatory burdens, and improve oversight. This is not a blank slate – several restructurings and market pilots have gone by with limited success – and given the emphasis on state-owned enterprise reforms (not privatization) during last year’s third plenum, the new agency may not seek to shake things up too much this year.

For 2014, expect continued stable returns for big gencos: 1.23 billion tons of coal contracts have been signed for steam coal (up 9 percent over 2013), with one large Shenhua contract set at CNY 590 / ton ($97), 16 percent below 2012 levels. Consolidation along the supply chain continues: Shenhua moved up to the fifth spot in terms of coal-fired generation capacity in 2012, and gencos increased their coal mining capacity. Expect coal imports to continue, which were up 15 percent to 320 million tons in 2013 (8.1 percent of consumption). In addition, significant new domestic coal supply has been approved, which may further depress prices for both domestic and imported coal. 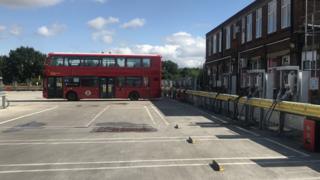