The Case for Keystone XL More from around the web on the new State Department draft analysis of the Keystone XL oil pipeline, which, again, proved the economic benefits and lack of negative environmental impacts from the pipeline. First to the Washington Post:

In its 2,000 pages, the report dismantled the case that nixing the Canadian pipeline must be a priority for anyone concerned about climate change, explaining anew that accepting or rejecting the project won’t make much difference to global emissions, U.S. oil consumption or world oil markets.

And from the Bismarck Tribune:

“After 41/2 half years, and a total of four environmental reviews, the Keystone XL pipeline project is perhaps the most thoroughly studied and long-delayed project of its kind in U.S. history,” [Sen. John] Hoeven said. “The State Department’s favorable finding of ‘no significant impacts’ on the environment in this, its most recent report, underscores both the good environmental stewardship of the project and the need to begin construction without further delay.”

[Sen. Heidi] Heitkamp said, “The State Department should now announce a concrete timeline for comments to be submitted and for a ‘national interest’ determination to be made. The State Department and the president must adhere to this timeline and finally approve the construction of the pipeline.”

Good news all around which is perhaps why:

By a wide 70-23 percent margin, voters support building the pipeline that would transport oil from Canada to refineries in the United States.

It is time to end the delay and as Larry Kudlow put it yesterday “approve this thing.”  More from that discussion below. 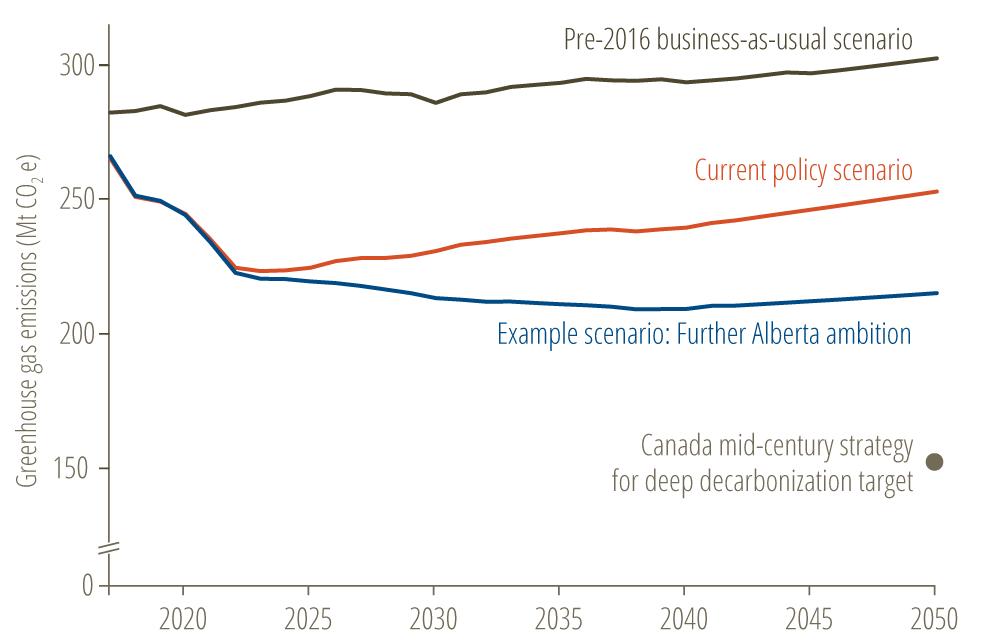 Testing Alberta's Future Energy Policies: Decarbonization Could Save $6 Billion Per Year By 2050

Alberta's upcoming election could alter the province's energy and climate policy. The new Alberta Energy Policy Simulator shows policymakers and the public how smart policies could cut emissions nearly 30% while saving more than $6 billion a year..

Canadian Prime Minister Justin Trudeau's climate policies are facing growing opposition as their implementation dates grow closer.A nationwide price on carbon that was announced two years ago is about to take effect, and Trudeau has been forced..

Keystone XL Is Far From Certain

The state of Nebraska just cleared one of the last hurdles for the Keystone XL pipeline, potentially ending a decade-long saga over the 1,700-mile pipeline. The post, Keystone XL Is Far From Certain, was first...

Testing Alberta's Future Energy Policies: Decarbonization Could Save $6 Billion Per Year By 2050

Keystone XL Is Far From Certain