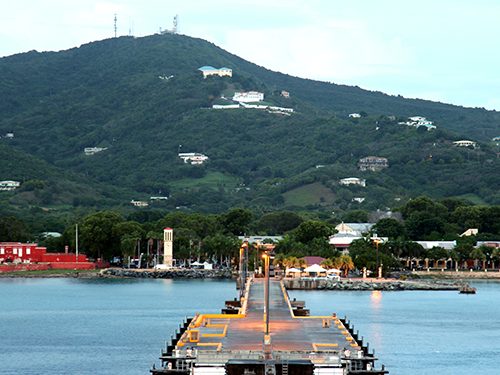 U.S. President Joe Biden’s promise to advance the cause of environmental justice is being put to the test by a U.S. Virgin Islands oil refinery that insists it is exempt from implementing monitoring protocols.

The refinery, located in St. Croix, roared back to life February 1 after a decade in mothballs, bringing back with it hundreds of jobs. It also brought an immediate uptick in concern about air quality, with nearby residents complaining of “difficulty breathing, headaches, and watery eyes,” reports the Thomson Reuters Foundation.

The situation cannot be pleasing the U.S. Environmental Protection Agency, which (belatedly) predicated the permit for Limetree Bay Ventures to operate the facility on the installation of five neighbourhood air monitors.

“The permit Limetree Bay Ventures is fighting was issued during the Trump administration, but it is now up to the Biden administration to enforce it,” Reuters explains. For its part, Limetree is arguing that its operating permit does not require the level of monitoring demanded by the EPA.

The disagreement, says Reuters, is “one of the first tests of how the Biden administration will prioritize environmental justice.”

Advocates for climate justice are calling the standoff an opportunity for the Biden-Harris administration to show their commitment. As for residents of St. Croix, Reuters writes that they “are torn between dealing with the effects of pollution and the benefits of high-paying jobs”—a choice that is even more stark in the face of the pandemic-driven crash of the local tourism industry.

“When you are talking about people who are poor, they’re not going to criticize the refinery that gives them jobs,” said Virginia Clairmont, a local community activist.

An area newspaper was all positivity. “Refinery Restarts!” heralded the St. Thomas Source in celebration as the plant kicked back into gear last month. “If all goes well, the refinery is expected to generate up to 700 permanent jobs and tens of millions of dollars in tax revenue.” While Reuters offers a lower estimate of 400 jobs, the news agency notes that 80% of positions “must go to island residents.”

What the Source did not cover were all the risks to public health. “A 2020 study by researchers at University of Texas Medical Branch concluded that living within 48 kilometres of an oil refinery was associated with increased risk of multiple cancer types,” Reuters reports.

Originally knowns as Hovena, the St. Croix refinery was shuttered by its  past owners, one of which was Venezuela’s state-owned PDVSA, in 2012. It began its rise from the dead in 2018, when Limetree “filed for a permit allowing the company to expand and construct additional units without being deemed a new source of pollution, which would require stricter pollution controls.”

Trump’s EPA granted the permit, but a year later revised its decision, judging that the refinery’s emissions were in fact hurting the health and quality of life in surrounding neighbourhoods. It issued new requirements mandating the installation of five air quality monitors.

Appealing this ruling with the EPA’s Environmental Appeals Board (EAB), Limetree is now arguing that “the EPA requirements are linked to environmental justice concerns that are unrelated to operating within the pollution limits of the permit.”

The Natural Resources Defense Council has announced it is supporting a group of community and conservation groups that are challenging Limetree’s federal permit to operate, faulting the EPA “for setting lenient air pollution standards and failing to protect a vulnerable community of colour.” The group filing the appeal added that the refinery will have a “detrimental impact” on the region’s already endangered coral reefs and sea turtles.

“It is unclear when the EPA’s appeals board will rule on the permit dispute,” writes Reuters, adding that the White House has declined to comment.