Many advocates for a hydrogen economy believe “green” hydrogen, which is produced through electrolysis using renewable energy, will eliminate the need to curtail wind and solar generation. However, there are many reasons why “blue” hydrogen, which is produced from natural gas while using carbon capture technology to reduce or eliminate greenhouse gas emissions, could be a better long-term option for hydrogen production.

Now is not the first hydrogen (H2) revolution. Hydrogen produced from fossil energy is viewed as a bridge in energy transition, enabling the build-out of midstream infrastructure and downstream demand while the cost of renewably driven electrolysis of water to produce “green” hydrogen continues to fall. However, a 100% green hydrogen economy may fail to deliver on the potential for hydrogen or unnecessarily delay progress.

The oil & gas companies have a critical role in energy transition, especially use of natural gas and its infrastructure in carbon-neutral natural gas for blue hydrogen production:

Despite current advantages of blue hydrogen, work is still needed to realize a hydrogen transformation.

However, early leaders in the green hydrogen economy, such as Germany, with comprehensive regulatory and tariff support for renewables, have left little political room for blue hydrogen.

Taken together, there is a clear need for blue hydrogen to satisfy growing end-uses at affordable pricing and finance the necessary midstream infrastructure to sustain growth of the hydrogen economy. The ubiquity of shale gas plays, along with growing natural gas infrastructure and CO 2 storage sites, creates an opportunity for a geographically diversified hydrogen economy and rapid decarbonization that need to be balanced with challenges and associated risks.

Many advocates for a hydrogen economy believe “green” hydrogen, which is produced through electrolysis using renewable energy, will eliminate the need to curtail wind and solar generation. However, there 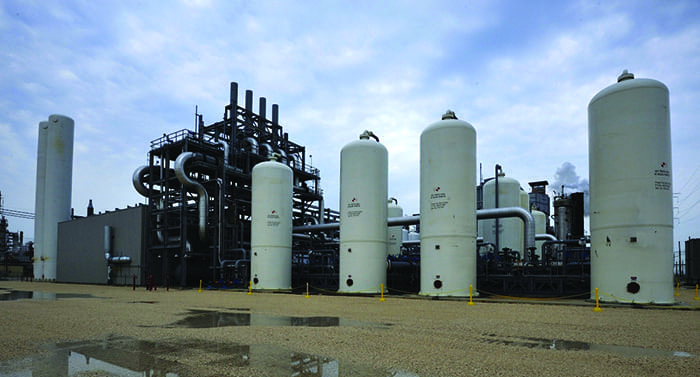 Cost of Decabonization in Africa and influencing factors
News round-up, Tuesday, February 7, 2023
National Leaders On The Future Of Climate And Electrification
Disruptive Approaches to Accelerating the Energy Transition