As Canadians, we were truly excited when this past fall, Arthur McDonald of Queens University in Canada was jointly awarded the Nobel Prize in Physics with Takaaki Kajita of Japan for discovering that neutrinos have mass. Dr. McDonald and his Canadian team captured neutrinos using a uniquely sensitive new detector 6800 feet below ground at the Sudbury Neutrino Observatory (SNO).  SNO is a collaborative effort by six Canadian universities and the group were able to borrow $300 million worth of heavy water – used in the country’s CANDU nuclear reactors- for 10 years for $1. Dr. McDonald began his career at the AECL Chalk River Nuclear Laboratory (now CNL) and is the 4th Nobel Laurate to have worked there. 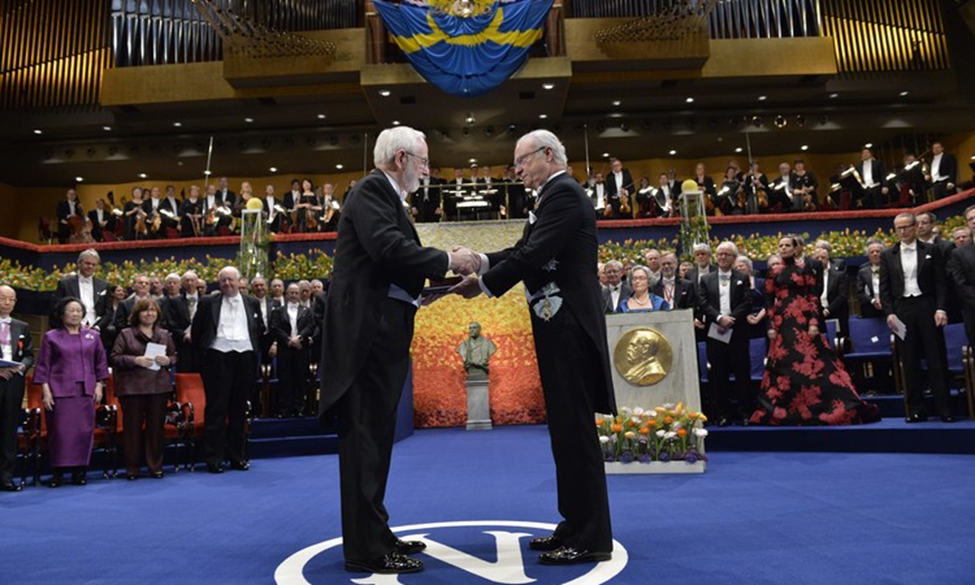 When we think about nuclear power around the world these days, two things come to mind – the rapid growth in Asia led by China fueling the industry forward, and the challenges facing the industry in the west with some plants closing early in the USA and new build projects in Europe being delayed and over budget. With so much going on in the global nuclear industry – it’s hard to find people talking about Canada and our home-grown CANDU reactors. In fact, in my very frequent travels, I often get asked if there is anything at all going on in the Canadian industry.

Well, we are here to tell you that nuclear power is indeed alive and well in Canada – and that 2015 was a bellwether year with hugely important decisions having been made by government that will set the stage for a strong nuclear industry for decades to come.

Canada is blessed with natural resources. When it comes to electricity, Canada has one of the lowest carbon and most economic generation anywhere. Most of the country is lucky to have large hydro resources, so much so that in Canada, we call electricity “hydro”, not electricity. We pay the “hydro” bill and worry when a storm knocks down “hydro wires”. Many of our electric companies have the word “Hydro” in their name. Yet what many people do not know is that in Ontario, Canada’s most populous province, about 60% of our electricity is generated by nuclear power. Yes, in Ontario more than half of our electricity comes from nuclear plants. And in New Brunswick, the only other province with an operating nuclear plant; the 630 MW Point Lepreau Generating Station is the workhorse of the electrical system, supplying a third of that province’s electricity.

Ontario’s nuclear electricity comes from three plants operated by two utilities. The Bruce Nuclear Power Station, again to many people’s surprise, is currently the world’s largest, generating 6,300 MW of electricity, and the Darlington Nuclear Generating Station and Pickering Nuclear Generating Station together add another 6,600 MW to the system. While these stations are generating most of Ontario’s electricity, these units are aging as are most nuclear power stations in the western world. CANDU type reactors can be refurbished to extend and effectively double their operating lives, but this requires significant investment and hence, a strong commitment to a nuclear future.

Over the past two months, decisions have been taken by the government of Ontario to refurbish both the remaining 6 units at Bruce (2 have already been refurbished) and the 4 units at Darlington. Together this represents a 15 year, $25 billion program of work that will have these nuclear units remain the backbone of the Ontario electricity system until the 2060s. Making things even more interesting, the Bruce refurbishment will be undertaken by Bruce Power, a private sector operator with private funds, through an agreement to buy electricity from the Ontario Independent Electricity System Operator (IESO) while the Darlington refurbishment will be undertaken by its public sector owner/operator, OPG on a regulated basis.  To top it off, a decision was also taken to extend the lives of the older Pickering units to 2024 before they are shut down at their end of life.

This is an exciting time for the nuclear industry in Canada. These refurbishment programs provide the industry with a stable work environment for the next 15 years, allowing it to hire and train a new generation of young engineers and trades people who can look forward to an exciting career in nuclear.

This alone would be exciting enough as Canada recommits to nuclear power for the long term, but that is not all. Canada has long been known for its excellence in nuclear research. The Chalk River Nuclear Laboratory has been an institution in nuclear research for 60 years. Today CNL has emerged from its restructuring as a government-owned, private-sector run world-class nuclear research centre.

And finally, we cannot talk about the nuclear industry in Canada without talking about uranium. Canada’s Athabasca Basin is home to the world’s highest grade uranium and is the world’s second largest producer of uranium, fueling nuclear reactors around the world, helping countries lower their carbon emissions.   This past year Cameco, the region’s major producer, placed its newest uranium mine, Cigar Lake, into production producing about 10 million lbs of U3O8 and is on track to increase this production to 16 million lbs in 2016. They also signed a deal to provide India with uranium, the first since Canada and India signed a nuclear cooperation agreement in 2013, paving the way for renewed nuclear cooperation between these two countries.

As Canadians, we were extremely proud to see Dr. McDonald’s work recognized with a Nobel prize. Canada has a great history of research and development in the nuclear industry, from fundamental nuclear physics to medical applications to power production. This is a pleasant reminder as to why we went into this challenging industry so many years ago. At that time, we had a vision – to make the world a better place through use of clean, economic, safe and abundant nuclear energy. Now here we are 35 years later – a little grayer and with a little less hair – and with the decisions made this past year, we feel confident that Canadians will continue to reap the benefits of this industry for the foreseeable future.