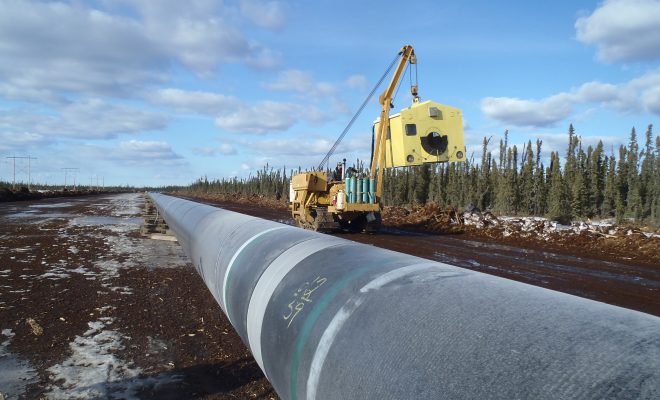 Canada’s new impact assessment rules for power plants, pipelines, and other major infrastructure fall far short of the climate test environmental organizations have been calling for, and only require a path to net-zero emissions for projects that will still be in operation in 2050, under a new federal framework unveiled last week.

“The government has just made it harder for Canada to get on the right pathway to reach our target of becoming net-neutral by 2050,” Julia Levin, climate and energy program manager at Toronto-based Environmental Defence, said in a release. “It is inconsistent to commit to a green recovery and serious climate action while simultaneously failing to put in place a mechanism to ensure that only projects that are consistent with those goals are built.”

She added that “when it comes to addressing the climate emergency—especially when we’re not on track to meet our targets—we need to be using every tool in the toolbox.”

Environment and Climate Change Minister Jonathan Wilkinson maintained the new rules, to be brought forward under the federal Impact Assessment Act, “will ensure Canada’s goal to exceed its Paris climate agreement targets by 2030 and then hit net zero by 2050,” The Canadian Press reports, in a dispatch published by the Globe and Mail.

“We made a commitment in 2015, and implemented in the last mandate, of better rules for assessing large projects,” Wilkinson said. “Today what we’re doing is providing clarity to project proponents.”

When it was adopted in the months before the 2019 federal election, the Impact Assessment Act included a first-ever requirement for regulators to consider new projects’ climate impacts, CP explains, and “the report released Thursday outlines how that will happen. It requires project proposals to include the greenhouse gas emissions to be produced from construction and operations and what efforts are being made to minimize emissions.”

It also calls for a net-zero plan for projects that will continue through mid-century. But while that expectation “will be one of the enforceable conditions put on a project if it is approved,” CP says, “there are no details about how such a plan would be measured or enforced.”

Levin said the new rules contain no requirement for projects to align with the country’s 2030 climate goals. And by limiting the net-zero provision to projects that will operate after 2050, they open the door for a project like a coal plant to emit carbon pollution for 25 years with no plan to reduce them.

“She also noted that there is nothing requiring an assessment of the emissions that will be produced downstream—like when oil in a new oil sands mine is refined and burned to drive cars, or when coal is burned to make electricity,” CP says.

“This is not a climate test,” Levin declared. In its release, Environmental Defence said a true test would ensure that new infrastructure is compatible with a low-carbon future, discourage investment in projects that will become stranded assets as the world decarbonizes, provide clear, accountable climate guidelines for companies, communities, review panels, and the public, and account for significant downstream impacts of fossil projects.

“The point of conducting thorough environmental assessments is to ensure we have the best information available to make decisions that are good for people in Canada,” Levin said. “Instead, the government has created a policy full of loopholes that polluters can exploit. How can we make responsible decisions as a country if we’re not even willing to ensure we have all the right information?”

“The point of conducting thorough environmental assessments is to ensure we have the best information available to make decisions that are good for people in Canada,” Levin said. “Instead, the government has created a policy full of loopholes that polluters can exploit. How can we make responsible decisions as a country if we’re not even willing to ensure we have all the right information?”

When put this way, it just screams of a set of policies that's intended to look good and placate the public rather than actually impact the change that's needed

I'm sure Canada will close the many loop holes. They have been a climate leader for a long time. It seems like the normal way of thinking and living for Canadians. Many of my relatives are in Canada and I used to go there every summer for years. If only the winters were not so cold I would be living there today.

It seems like a big correction would be to remove the 2050 date for any project to still be in production. It should be for any power projects no matter what the time frame. With a few changes they can stop the loop holes and I am sure they will do that soon.