China’s Belt and Road initiative (BRI) presents a challenge to global efforts to tackle climate change and move toward a carbon neutral pathway. With $900 billion in potential foreign infrastructure spending under the BRI framework indicated by President Xi, China’s BRI could help – or hurt – clean energy development in emerging economics. 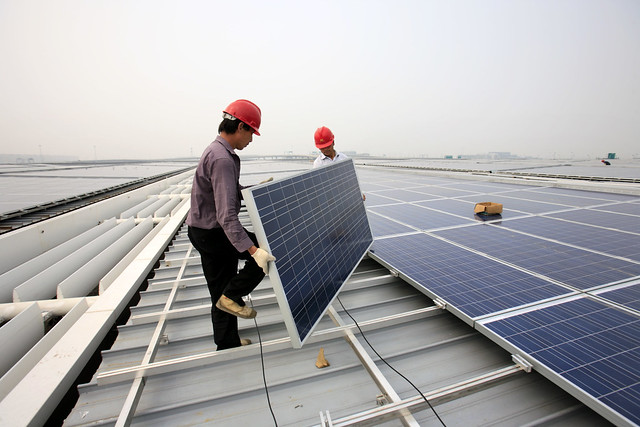 China has trumpeted its commitment to build a green BRI, most recently at the BRI Summit in Beijing, and as far back as 2015 when the central government stated “efforts should be made to promote green and low-carbon infrastructure construction and operation management, taking into full account the impact of climate change." Since then, China has issued related policies including the “Guiding Opinions on Promoting a Green BRI.”

China has promoted some clean energy through the BRI. In Argentina, China Development Bank and China Export-Import Bank provided 85% of the financing for the 500 megawatt Cauchari solar power plant, the largest in Latin America. The AIIB, for its part, has participated in several clean energy projects including Egypt’s 2 gigawatt Benban Solar Park, one of the world’s largest projects, expected to go online in 2019.

But investment analysis by World Resources Institute and Boston University found that around 75% of investment in BRI countries from China’s state-owned banks between 2014 and 2017 poured into fossil fuel projects. In addition, China-financed hydropower plants in Mongolia, the Democratic Republic of the Congo, and Indonesia have been criticized for ignoring environmental impacts and creating potentially irreversible damage. 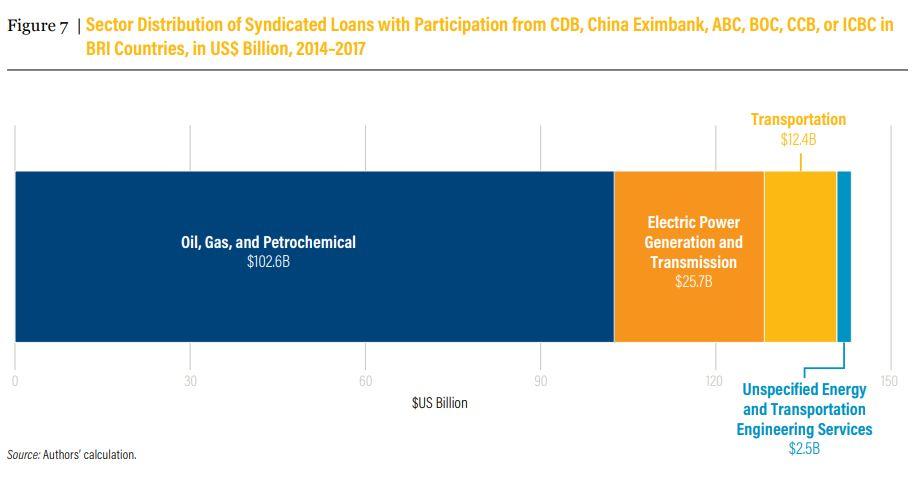 The challenge for many countries receiving BRI financing is familiar – how can policymakers balance economic development and environmental protection? Much like in China 20 years ago, improving access to electricity– a critical precondition for employment, poverty alleviation, and public health – is the top policy priority. These development needs can overwhelm efforts to mitigate environmental and climate change risks.

The set of policies needed to regulate the environmental impact of China’s overseas development finance is large, complex, and less binding than domestic policies within China, as documented by Tufts University professor Kelly Sims Gallagher. As a recent World Bank report stated, “China has a growing collection of guidelines [for BRI investment] but they still lack essential details concerning implementation, monitoring, and enforcement.”

But China’s policies are only half of the equation. The environmental, energy, and climate policies in countries receiving BRI financing are equally important – if not decisive – in determining the environmental impact of projects receiving BRI investment. And public opinion in many countries receiving BRI financing supports sustainable investments: A new poll shows large majorities of citizens in Indonesia, Pakistan, the Philippines, South Africa, Turkey, and Vietnam prefer renewable energy to coal. 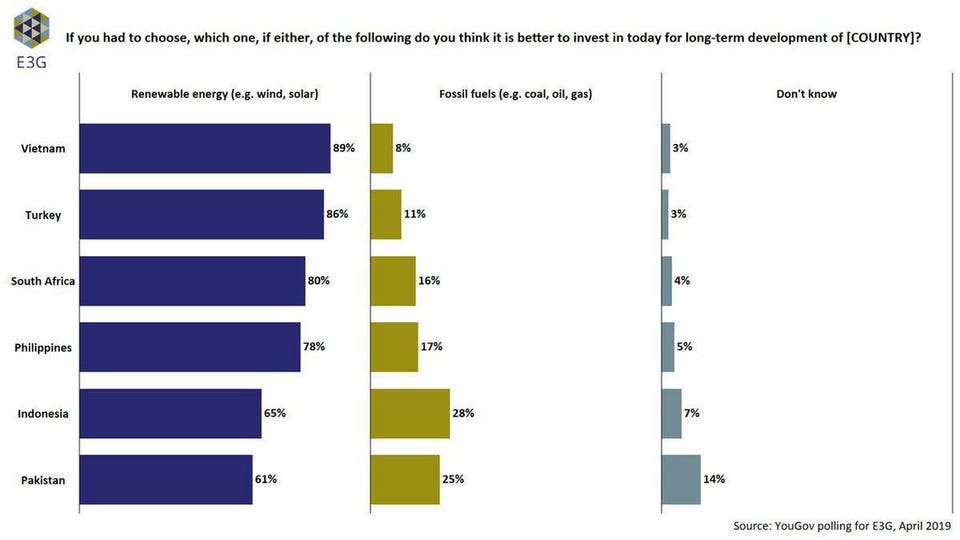 The WRI-Boston University analysis recommends that Chinese investment should be linked to the National Determined Contribution (NDC, under the Paris Agreement) of countries receiving BRI financing, but this is only a partial solution. Indonesia’s NDC, for example, accommodates an energy development plan allowing coal-fired power to expand by around five times its current size by 2050. And Indonesia’s projected CO2 emissions could surpass the United States before 2050 without strong policy interventions. 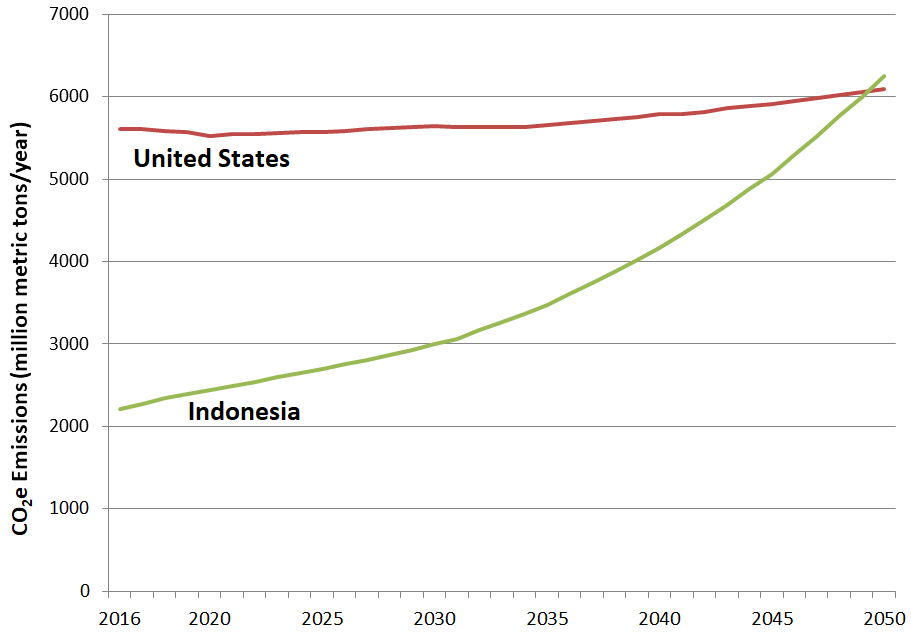 So what policy approach should China take? Setting stringent environmental guidelines for its overseas investments – a “hard power” approach – is important. But it is even more important that China provide financial and technical support to its BRI partners by sharing experiences and lessons-learned in clean energy, environment, and climate policies – China’s “green soft power.”

First, China should recognize and harness its green soft power. Although China is still trying to win its war on pollution, it has established a comprehensive system of laws, regulations, and strategic plans to protect the environment and expand clean energy.

For example, China has established stricter power plant pollution emission requirements than the U.S. and European Union. China’s Stage 6 light duty vehicle standard is one of the most stringent emission standards in the world, according to the International Council on Clean Transportation. And some of China’s minimum energy efficiency standards (MEPS) for home appliances are catching up to those in developed countries. China is also increasingly willing to drive in global environmental governance, a common theme in President Xi’s promotion of ecological civilization. Finally, China excels at strategic planning to promote new industry development, like renewable energy – it’s booming solar industry has clearly benefited from this long-term planning.

Many developing countries along the “Belt and Road” can draw upon China’s experiences, particularly its environmental protection and carbon mitigation practices, which, as a developing economy, may be more relevant to BRI countries than experiences in developed economies. For example, China's problem of overcapacity in coal-fired power plants might also soon appear in Central Asian BRI countries. China can share lessons-learned in this area with its BRI partners. 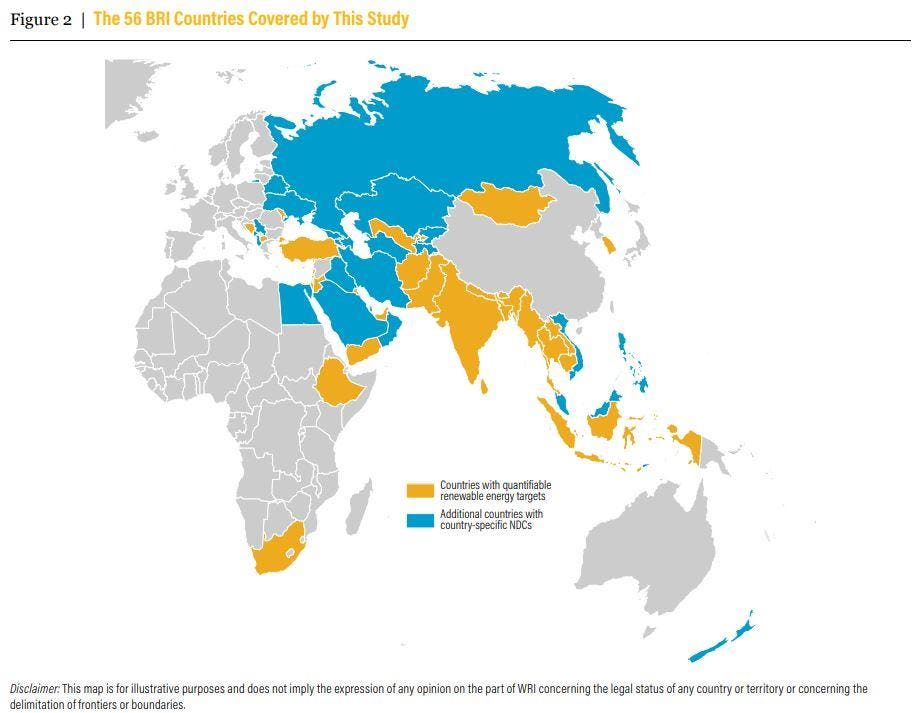 Second, Chinese policymakers should carefully map out sector-by-sector policy gaps between China and other BRI countries to identify the ones with the largest emissions mitigation or environmental impact potential. This will allow policy discussions to focus on the most important areas of work. Ecological protection standards related to mining, minimum efficiency levels for energy intensive industrial products, and green standards forinfrastructure development can all be adapted to BRI countries.

For example, the majority of BRI-related Chinese investment in Jordan, identified by the WRI-Boston University research as one of the BRI’s top three investment destinations, is flowing into shale oil development projects that meet local energy supply diversification requirements. However, Jordan’s abundant solar and wind energy resources along withcheap desert land make it technically feasible for solar to supply six times the country’s current total electricity demand by 2050. With the right support for long-term planning, Jordan could shift from fossil fuels toward renewable power.

Is green cooling the first step toward a sustainable Belt and Road?

Joint policy research and technical cooperation should lead the way to leverage China’s soft green power for a sustainable Belt and Road. Think tanks and civil society organizations based in developed countries have played this collaborative role with China and many emerging economies bysharing economic experiences while providing counsel on planning, policy, and standards development. China's academic and research institutions are now in a similar position to initiate close and long-term substantive collaboration with counterparts in BRI countries.

Last month’s joint launch of a BRI Green Cooling Initiative by the National Development and Reform Commission, Energy Foundation China, and the United Nations Economic and Social Commission for Asia and the Pacific and Industrial Development Organization is a good example of joint research and coordination. 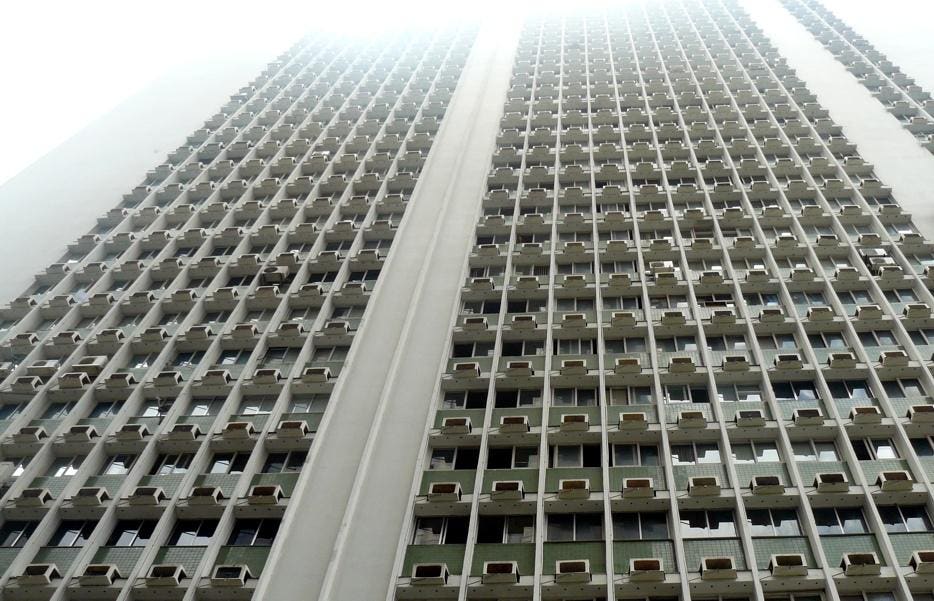 Global cooling is on the brink of a huge economic boom and the new BRI Green Cooling Initiative calls for cooperation between China and BRI partners developing cooling efficiency standards for air conditioners and refrigerators. China is already the world’s largest manufacturer, consumer,and exporter of cooling technologies and it could expand this market position by exporting green cooling products while helping other countries set efficiency standards – the perfect embodiment of green soft power.

Much of the groundwork for China to use it green soft power is already in place – now China has to step up and get to work. America could start becoming much more insular when it comes to its power sector, after President Trump signed a law requiring extreme oversight over any potential purchases of critical power supply equipment from countries deemed hostile toward..

Recovery strategies aligned with Paris Agreement will be essential. Find out what is the trend at this stage and implications.

China has ambitious plans for  hydrogen growth and here is an ambitious 5GW  scheme combining onshore wind hydrogen and solar.

It integrates a mature gas-vapor combined cycle to achieve a thermal efficiency of 60% for dual fuel operation.