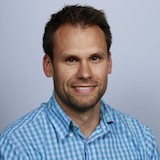 Can blockchain help bridge the gaps in the energy transition?

All industrial revolutions are accompanied by an energy revolution. Driven by the boom in renewables, the current revolution is no exception to the rule. The new energy paradigm combined with digital technology has been bringing about not only more decentralized energy production but also new services and energy products. Cost control, self-consumption, modeling and optimization of consumption, peer-to-peer power transaction, predictions of billable amounts at the individual level are some of the most prominent issues that entrepreneurs and energy companies have been solving systematically one by one. Although it may not seem to be that way, these are all fairly complicated issues to solve in an industry that has been for ages focusing on centralization, various combinations and clusterization of processes and scale. But there is a new facilitator - a new sheriff in town - that could make all of this happen rather quickly, efficiently, securely and cost-effectively. It is what we call the blockchain.

I am sure many of you have heard or read about blockchain. However, it may still be a pretty abstract notion for most people so I’ll try to describe briefly what it is and how it works. The blockchain is perhaps most famously the underlying technology behind Bitcoin, a cryptocurrency. The easiest description I have come across is that blockchain is a technology that makes information into a thing. In other words, blockchain helps to make sense of the abundant free information into a scarce product, something we can trade. This is true not only for cryptocurrencies but also other asset classes and things. It’s a technology that ultimately helps us with accounting for things. We need someone or something to account for the fact that I might have sold you a car and I'm not going to be able to sell that same car to someone else, and that fundamentally allows us to trade things between us and that by distributing that record you no longer need a central intermediary to verify that I indeed did sell you that car, that's distributed across different what we call nodes in the network and each node can verify that that's true. Therefore we no longer need to have the kind of central entity, such as bank tracking the transaction details, doing that verification for us.

Ultimately, the record of our transaction is held on these different nodes.  That way every time somebody in the node wants to add a block to the chain - sell the car again to someone else - the other nodes will verify indeed that that can happen. So if somebody tries to add a block (a transaction or a group of transactions) that isn't complying with the rules of that network, that system that has been defined in the software then they won't be able to do that because the others will recognize that that shouldn't happen. This means that each node has a copy of a relevant information that can be leveraged in the transaction verification process. This makes blockchain useful anywhere where there is inefficiency in the transactions because multiple parties are involved and the transaction needs to be secure at the same time. It is essentially a way of automating a control function for a fairly complex operation.

Let’s illustrate it on a real-life example, a potential application from the energy realm. Let’s say I am going to sign a smart demand response contract with my utility that authorizes the utility to turn my air conditioner off anytime the grid conditions are tight. The contract says that I am going to get paid for providing this service to the utility. After signing the contract, my air conditioner will be able to turn off at any given time. We could be storing that information on a blockchain. That way every time the utility would send a particular signal to my air conditioner, it would know it has to turn off and the transaction would be verified via blockchain.

In similar fashion, we can imagine that blockchain will facilitate interactions between electric vehicles, the devices in commercial and industrial sites or in homes with different load shapes and will make them “smart” and able to respond to intermittent energy production from renewables. In other words, blockchain might be an efficient solution and one of the answers to how we can manage and match the demand with the stochastic supply from renewables on a very large scale.

These examples are just a few of the many potential applications we could see emerge in the energy space. Already today, most of us are connected to the Internet in some way. This connectivity increasingly includes devices, machines, etc.  The experts expect 50 billion or more devices to be connected to the Internet in the near future. This means that we're going to be swimming in crushing waves of information, data, coming out of a huge number of devices and then all of us will want to interact efficiently with those devices and based on that information. In that case, the idea that you would be able to centralize all of those transactions and somehow verify them and secure them seems a little bit far fetched. On the flip side,  a world in which the verification is decentralized and where a lot of the transactions can happen outside of centralized systems and without redundant middle-men and third parties is really exciting.

How to make use of the blockchain in the energy sector?

Like any emerging technology labeled as "disruptive", blockchain is a technology that generates both fear and hope for a revolution in various areas of its application. This phenomenon was particularly noticeable in the energy sector during 2017. The number of proposed use cases exploded along with the number of experiments and demonstrators.

The blockchain aspires to become a platform that all actors connected to it can easily trust. It is undoubtedly the advent of a new way of using, sharing and accessing data, which could allow the implementation of protocols that will have impact comparable to that of the Internet.

Presented as a technology of disintermediation, peer-to-peer exchanges and automation, the blockchain seems to be the solution to all the ills of the energy sector. Many demonstrations and experiments openly display the use of the blockchain as a communication tool rather than a technologically secure workaround. After all, as ICOs (Initial Coin Offerings) have proven, the blockchain is not only used to solve technological problems. It is also a particularly effective way to promote your project while raising substantial funds in record time. Imagine a campaign for a Tesla’s new model that would help the company run more transparent and cheaper fundraising for the working capital entirely relying on blockchain instead of banks and intermediaries. Or a solar project that could raise financing without a secured power purchase agreements because the output could be sold to individuals at below market rates based on tokens representing solar company’s commitment to produce and sell this energy. There’re already companies (e.g. WePower) that are actively working on creating these energy trading and project fundraising platforms.

Adding value: what can we do with the blockchain that is impossible with a platform like the ones we know today?

When one takes a closer look at the subject, the answer is less trivial than what the existing body of work on the subject seems to suggest.

The true value of the blockchain lies in the possibility of setting up an automated governance (or control) system, adapted to the needs of the sector. Talking about governance is first and foremost about how the market should operate to meet the needs of its stakeholders, beyond any technological consideration.

So it begs a question -  should the blockchain be only considered as a peripheral subject that leads the energy sector to question the future of the market and its new uses? It is certainly in this questioning that we will find new opportunities and new business models for producers, carriers, distributors, suppliers, and consumers.

And if the blockchain can unlock these opportunities, then we should not hesitate and move forward to offer new and innovative products and services.

Embracing the blockchain in the energy sector: empowering new market actors to forge the path

All the opportunities the blockchain offers can be seized either by existing and competent actors in their respective fields or by new actors, consumers, communities that could rely on these data needed to create new innovative products and services. A more open market, more innovative, more democratic, more horizontal. This will be made possible by the establishment of a common data repository accessible to all, governed by a clear, fair and controlled governance. Current actors must involve future actors in order to work together rather than perceive them as competition. To be efficient, technology must not be used to address problems that do not exist. The most important thing is to start with needs. It is more constructive to help industry players understand the contribution of new technologies such as blockchain to enable them to take ownership of these opportunities and seize them, in partnership with start-ups and other innovative companies in the sector. All actors can and must be driving the transformation of the sector. Innovation is a subject that should not be treated in silos. It must be approached in a transversal and cooperative way. A new technology is finally (and should remain) only a pretext to question our uses and the opportunities that arise when we want to change these uses. So, rather than talking about technology, let's talk about what we want the energy sector to look like and then leverage the blockchain to help us achieve that.

Due to the coronavirus outbreak, Fort Collins Utilities has shifted its habits. All the service changes implemented during the pandemic have been made with customer service needs in mind.