Calling Out Red Herrings about MOX Fuel for TVA

The path to using it is paved with government documents 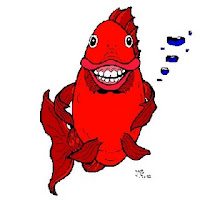 The Tennessee Valley Authority (TVA) is considering a plan to burn mixed oxide fuel in two of its power reactors starting in 2018. While the utility hasn’t formally made up its mind, the decision process reached a new stage with the release this week by the Department of Energy (DOE) of a “Draft Surplus Plutonium Disposition Supplemental Environmental Impact Statement.”

In the document DOE says its “preferred alternative” is to convert surplus plutonium from the nation’s nuclear weapons program into Mixed Oxide fuel (MOX) at a facility being built in South Carolina.

The MOX fuel is proposed to be used in commercial nuclear reactors owned and operated by TVA. These units are the Sequoyah and Browns Ferry nuclear plants. A total of approximately 34 tonnes of material would be converted under this program.

MOX fuel is used in about three dozen nuclear reactors worldwide, but so far all the MOX that has been manufactured has come from recycling materials from spent nuclear fuel that was already used once in a commercial reactor. What’s new is that weapons grade plutonium will be used to make MOX fuel. It will be the equivalent of standard uranium fuel enriched to 3-5% U235. It cannot be used to make bombs and will not blow up.

TVA has said it has not yet made a formal decision to burn MOX fuel at the two reactors, but it did tell the TimesFreePress July 25 it has three criteria which must be met.

The conversion of the plutonium is part of a joint program with Russia to dismantled nuclear weapons. The agreement was signed in 2000. The $4.8 billion U.S. MOX fuel plant is being built in South Carolina by a consortium of The Shaw Group and Areva. In France Areva has over two decades of experience making MOX fuel.

The DOE’s MOX plant is expected to produce the equivalent of 1,700 PWR assemblies to dispose of 34 tonnes of surplus plutonium. At a projected output rate of up to 70 metric tons heavy metal per year, the MOX facility may produce more fuel than TVA’s five reactors could consume.

Two other nuclear utilities – Duke and Energy Northwest, are also considering using MOX fuel. One of the key issues all three utilities have is reliable fuel services. This means that if the utilities decide to use the MOX fuel, it must be ready when the reactors have their scheduled fuel outages. Energy Northwest has reliable fuel services lined up for a number of years. For this reason earlier this year it cancelled a study to be carried out by PNNL to look at the issue.

Explaining MOX to the public

One of the challenges that TVA faces is that the public perceptions of using plutonium as fuel needs some explaining. TVA starts by describing that MOX is a mix of uranium and plutonium. MOX has about 4-percent plutonium oxide (of which 94 percent is Pu-239) and the rest is depleted uranium oxide.

Commercial nuclear fuel starts as uranium oxide. What many people do not know, is that plutonium is a normal byproduct in nuclear reactors that fission uranium.

Plutonium builds up in the fuel inside the reactors and eventually provides up to 40 percent of the core’s heat energy. Fission of plutonium produces this energy in the reactor at the end of the life of the fuel.

TVA managers point out they are not introducing a new element to a core. The plutonium is already there. Also, the thermal output of the reactor will not change as a result of using MOX fuel.
While Pu-239 is more energetic than U-235, the NRC license governs the use of MOX. Heat inside a core can be managed by blending different fuels just like mixing different types of wood in a fireplace.

Overall, with TVA support as a cooperating agency, the DOE is on track to complete a supplemental environmental impact statement for MOX fuel use that will assess safety for workers, the public, and the environment.

The Nuclear Regulatory Commission licenses for all the reactors that are candidates to use MOX will have to be updated to address physical operating differences and any changes in safety requirements. Technically, at this point, TVA believes that the physical modifications needed for each reactor are manageable. Also, TVA expects the DOE’s MOX to cost less than uranium fuel.

A decision to proceed with engineering and licensing is currently expected to be made in 2013.

TVA is a public power provider for a seven-state region serving nine million people. In 2010, 36 percent of its power generation came from nuclear energy.

One element of its charter, which dates back to the New Deal programs between 1933 and 1936 of President Franklin Roosevelt, is to support national security missions. TVA built power plants to provide electricity for the Manhattan Project at Oak Ridge. It’s role as a potential customer for MOX fuel comes from this legacy.

Dan Yurman, is there an opportunity here to deal with spent fuel rods?

No, the MOX fuel will be fabricated from a combination at weapons grade plutonium and uranium.

However, MOX fuel can be made from spent fuel, but that is not being done here.

Dan, one day based on your knowledge and background in this area, you might consider authoring a future posting on the U.S. history and policy towards managing spent fuel rods and not reprocessing them to reduce the storage volume/risk burden.  I have always been amazed that the U.S. with the majority of nuclear reactors in the world does not better manage its spent fuel rods as is done more commonly around the world in countries with a fraction of the nuclear plants than exist in the U.S.  As you are aware, this issue historically has been a major public concern for expanding nuclear power.  Thanks.

Recycling of Light Water Reactor (LWR) fuel was originally intended to be a bridge to the breeder reactor era (as was the LWR itself).   Without the fast breeder (which has been prototyped in several countries, but not moved beyond pilot plants in any country), the advantages of recycling are modest:

The problem with LWRs for recycling is that they create several TRU (trans-uranic or beyond uranium) isotopes that they cannot consume.  The heat produced by these TRUs determines the repository space required (not the waste volume), and the TRUs also determine the long term radiotoxicity.  Fast reactors can burn all the TRUs, and thorium reactors produce such a small amount of TRU that burning them is no problem.

The thing is, getting 20% of our electricity from LWRs using the once-through cycle for a few decades does not produce much waste, so the consensus from geologists is that we can certainly choose a repository location/design that will keep it safe for the needed interval.  On the other hand, using lots of nuclear power for centuries or millennia certainly requires the use of breeder reactors and recycling.

We are currently dragging our feet on breeders with the hope that renewables and/or clean-coal will pan out.  But if we proceed with a limited breeder roll-out in parallel with our alternative energy experiments, we would get the advantages listed above, and greatly lower the risk of climate change, and boost our energy security, and create an important export industry, and we could influence the deployment in a way that supports our non-proliferation policies.

See www.brc.gov for the reports from the President's Blue Ribbon Commission on America's nuclear future.  In particular, the final report has a chapter call "ADVANCED REACTOR AND FUEL CYCLE TECHNOLOGIES".

Jim, with reprocessing of used nuclear fuel, it is possible that there could be a secondary market for radio-isotopes extracted from the waste, which could be sold as maintainance-free heat sources (similar to how medical isotopes are extracted and sold).  For example, the common strontium isotope has a 30 year half life, and decays to a non-hazardous form in a few hundred years.

Perhaps such a radio-isotope heat source could be used for the type of enhanced oil recovery you mentioned (although reactors, with their higher power output, low energy cost, and on/off switch have also been suggested).

Most discussions of nuclear waste storage options place a high value on either making it very inaccessible (deep underground in hard rock) or easily guarded.  I find it hard to imagine this changing.