In California, Net Metering is Changing. Will It Be for Better or Worse? 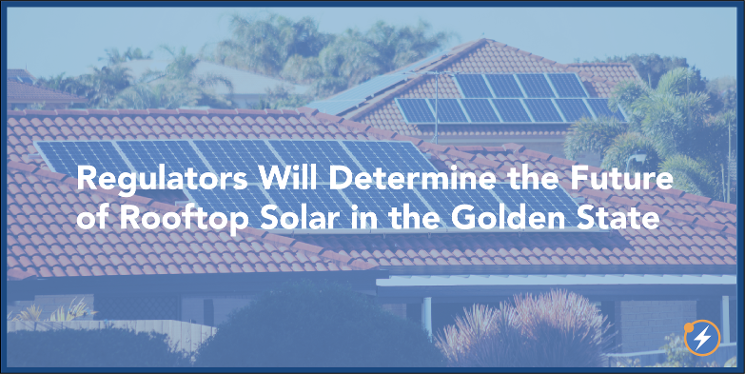 Californians are grappling with recurring power shut-offs, wildfires, poor air quality, heat waves, and rising energy costs. These combined challenges are straining the electricity system as well as Californians’ finances, so much so that 55% of Californians say their monthly energy bill is a significant concern. To prepare our energy system and protect communities from worsening climate impacts, California must continue to make a rapid transition to clean electricity. But the way California supports solar, its leading clean energy resource, is about to change. If not done correctly, this change could threaten the state’s ability to meet its clean energy goals, and leave our electric power system more vulnerable than ever.

California needs to leverage localized clean energy generation, particularly rooftop solar, along with large-scale renewables. That has been California’s approach to renewable energy development for over 20 years, and it has made the state the nation’s leader. Embracing the spectrum of clean energy technologies is both critical to keeping the lights on around the clock and easing the economic burden of escalating electric rates.

That’s what makes the California Public Utilities Commission’s upcoming decision on net energy metering (NEM) so consequential. Next month, the CPUC is expected to release a proposal on the latest iteration of NEM regulations – known as NEM 3.0 – that will dictate how California compensates residents for sending the excess clean energy they generate back to the grid. The stakes are high for the CPUC to get these regulations right.

Thanks to the success of targeted customer incentives, California surpassed a milestone of  1 million solar roofs in 2019. Programs like NEM, as well as the Solar on Multifamily Affordable Housing (SOMAH) and Virtual Net Energy Metering (VNEM), have been vital for putting rooftop solar energy within reach for families, farms, small businesses, and schools across the state. If the CPUC changes these incentives too drastically, it could cut off cost-saving benefits for the communities that need them most and stall solar adoption just as it’s become more affordable than ever – and just when the combination of solar and storage has emerged as a key strategy for resilience.

With the recurring threat of catastrophic wildfires and severe weather events, the state needs to make these technologies as accessible as possible to all households, particularly those disproportionately impacted in rural and inland areas. A drastic cut to customer incentives would cripple the market for onsite clean energy, putting it out of reach for vulnerable customers and undermining an industry that supports local jobs across the state.

What happens in California reverberates across the nation, as California has many times blazed the trail for other states’ clean energy initiatives. The same will be true of the upcoming CPUC decision on NEM. This is a moment for the state to chart a thoughtful path that allows California to maintain its solar leadership, expand solar access to all customers who want it, and recognize the vital role that distributed solar and storage play in energy resilience.