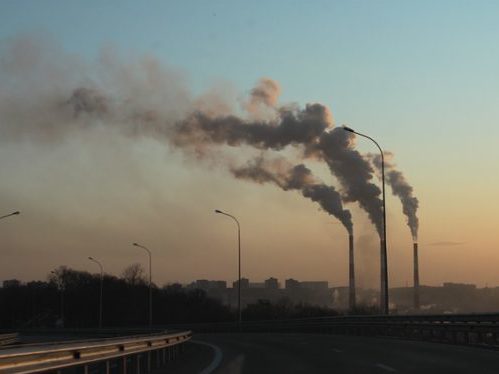 Although the COVID-19 pandemic has brought a “potential turning point” in global fossil fuel production, countries will drive greenhouse gas emissions far beyond a 1.5°C limit on average warming if their published plans to increase coal, oil, and gas extraction come to pass, according to the 2020 Production Gap Report issued this morning by five major international agencies.

“Between 2020 and 2030, global coal, oil, and gas production would have to decline annually by 11%, 4%, and 3%,” or 6% across the three fossil fuels, to be consistent with a 1.5°C pathway, the report states. “But government plans and projections indicate an average 2% annual increase for each fuel.”

That’s based on projections from eight countries that account for 60% of global fossil fuel supply: Australia, Canada, China, India, Indonesia, Norway, Russia, and the United States. Their intentions translate “to a production gap similar to 2019, with countries aiming to produce 120% and 50% more fossil fuels by 2030 than would be consistent with limiting global warming to 1.5°C or 2°C, respectively,” says the study, the second in an annual series produced by the Stockholm Environment Institute (SEI), the International Institute for Sustainable Development (IISD), the Overseas Development Institute, climate think tank E3G, and the UN Environment Programme (UNEP).

The calculations behind the groups’ dire conclusions reflect national plans up to September 1. That means the 2020 edition of the report was finalized ahead of a spate of low-carbon commitments through the fall, lead author Michael Lazarus, director of SEI’s U.S. Center, wrote in an email.

The report would also bake in any assumptions national governments are making about their future fossil production plans that are based more on their political commitment to fossil fuel production than on a clear-eyed analysis of a declining fossil economy—or the ability of mounting net-zero commitments, surging renewable energy and energy efficiency adoption, and determined anti-fossil campaigners to push that decline farther and faster.

During a media briefing Tuesday morning, Lazarus cited the latest Energy Futures report from the Canada Energy Regulator (CER) as the latest national release to ramp down projected oil and gas production. But even that report, which unmistakably ruled out the need for the Trans Mountain and Keystone XL pipelines, took criticism for its failure to factor the federal government’s 2050 commitment to net-zero emissions into its future fossil demand projections.

“The 2021 edition will need to include a fully-modelled scenario that describes a domestic economy that reaches net-zero emissions by 2050 and is well suited to compete in a global economy that is successfully limiting warming to 1.5°C,” Pembina Institute Senior Federal Analyst Nichole Dusyk said at the time.

Later, Lazarus told The Energy Mix the study team used the International Energy Agency’s World Energy Outlook as a “reality check” for national projections like the CER’s. “The devil is in the details, and specifically on what assumptions are made about global trends and policy shifts,” Lazarus wrote. “In the case of the CER, their ‘evolved’ scenario may not be, as some commentators have noted, reflecting strong global climate action, or as rapid a transition away from oil as many hope for or expect.”

But based on those assumptions as they stood three months ago, the 76-page Production Gap Report adds up to an urgent call to action.

“The research is abundantly clear that we face severe climate disruption if countries continue to produce fossil fuels at current levels, let alone at their planned increases,” Lazarus said. “The research is similarly clear on the solution: government policies that decrease both the demand and supply for fossil fuels and support communities currently dependent on them.”

“The pandemic-driven demand shock and the plunge of oil prices this year have once again demonstrated the vulnerability of many fossil fuel-dependent regions and communities,” added lead author Ivetta Gerasimchuk, IISD’s sustainable energy supplies lead. “The only way out of this trap is diversification of these economies beyond fossil fuels.” But in 2020, “we saw many governments doubling down on fossil fuels and entrenching these vulnerabilities even more.”

“This year’s devastating forest fires, floods, droughts, and other unfolding extreme weather events serve as powerful reminders for why we must succeed in tackling the climate crisis,” said UNEP Executive Director Inger Andersen. “As we seek to reboot economies following the COVID-19 pandemic, investing in low-carbon energy and infrastructure will be good for jobs, for economies, for health, and for clean air.”

But while the economic recovery from the pandemic has been widely touted as a once-in-a-generation opportunity to reverse the fossil investment trend, “governments have committed far more COVID-19 funds to fossil fuels than to clean energy,” the report says. As of November 2020, G20 governments had directed US$233 billion to fossil fuel supports, compared to only $146 billion for renewable energy, energy efficiency, and other low-carbon alternatives, and most of the fossil industry funding “has lacked any social, economic, or environmental conditions.”

And yet “a just and equitable transition away from fossil fuels offers the potential for alternative high-quality jobs, improvements in public health, a re-envisioning of urban areas, and a refocusing of economic systems on human well-being and equitably shared prosperity,” the report adds. “This requires recognizing that countries’ transitional challenges differ widely,” and “countries with limited capacity will need financial, technological, and capacity-building support from higher-capacity ones.”

The report calls on countries to:

The report points to many governments’ long history of subsidizing fossil production and relying on the revenues the industry produces. But “there are signs that such dynamics are changing,” with solar and wind production doubling over the last five years and global clean energy investment up 5% in the first half of this year.

Those factors and others make continuing fossil fuel investment a risky bet, and “a growing number of COVID-19 recovery assessments have demonstrated that government spending on low-carbon energy and infrastructure will be a better engine of economic growth than spending on fossil fuels and associated infrastructure,” the report says. “In 85% of the world, renewable energy is now the cheapest source of new bulk electricity, and that percentage is only rising.”

The report includes a five-page appendix with examples of the steps governments can take to drive a managed wind-down of fossil fuel production. Canada receives shout-outs for investing in orphaned and abandoned oil well clean-ups and methane emission reductions, establishing a just transition task force for coal workers and communities, restricting Export Development Corporation financing for new coal projects, and adopting a moratorium on offshore oil and gas activities in the Arctic and a ban in marine protected areas.

In the Tuesday morning media briefing, authors explained that the analysis lacks data from some major petro-states, most notably Saudi Arabia, due to a lack of data and transparency from those countries. And once again, the report is just an annual snapshot in time—which means it won’t factor in the early results of China’s recent carbon reduction promises, or the incoming Biden-Harris administration’s $2-trillion climate action plan, until next year.

“We are calling the situation the way we see it at this point: many hopeful signs and signals (net-zero pledges, for example), but as yet no major change in near-term policy or support with respect to fossil fuel production,” Lazarus told The Mix. “We need to see a change of course, and hope the Production Gap Report can help spur it.”

Inside Climate News has a good summary of the report here.