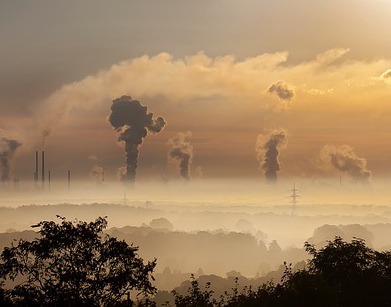 Canada posts the fourth-worst climate performance in the world, ahead only of Iran, Saudi Arabia, and the United States, and no country is consistent with the overall targets in the 2015 Paris Agreement, in the latest edition of the Climate Change Performance Index (CCPI) published this morning by Germanwatch, the NewClimate Institute, and Climate Action Network-International.

The annual survey rates the performance of 57 countries plus the European Union that collectively account for more than 90% of global greenhouse gas emissions.

“It is now all the more crucial that worldwide economic recovery does not only support reviving economies, but is also preparing for a zero-carbon global economy at the same time,” said German climatologist and NewClimate Institute founder Dr. Niklas Höhne. “Whether the majority of recovery actions surveyed for the index are reducing or increasing greenhouse gas emissions is still unclear. But there is still room to shape the recovery packages.”

The CCPI evaluation grid gives countries a maximum 40 points for their performance on greenhouse gas emission reductions and 20 points each for renewable energy adoption, energy use patterns, and climate policies. While Canada receives a “medium” score for its national and international climate policies, it ranks “very low” for GHG emissions, renewable energy, and energy use, placing dead last in the latter category based on per capita consumption trends and its 2030 target.

“Despite positive rhetoric from Canadian leaders, experts cite substantial discrepancies between the goals the government has set and the implementation of the policies necessary to achieve them,” states the two-page Canada summary published alongside the main report. “With a low rating for national climate policy, experts show alarm about considerable financial support provided to fossil fuel companies, and significant extraction and export of both thermal and metallurgical coal. They also cite a continued increase in oil and gas production, which has helped expand the country’s GHG emissions.”

Canadian climate hawks who responded to the CCPI survey acknowledge “that market economics are strongly propelling development of new renewable energy in Canada’s traditionally fossil fuel-heavy regions, despite the lack of a clear commitment for setting or implementing renewable energy targets, both at the national and provincial levels,” the summary states. But they “cite a troubling recent emphasis on supporting ‘small’ modular nuclear reactors, and potentially even an interest in considering nuclear as a green source of supply. Experts have further called on the government to update its extremely weak 2030 emissions reduction target and correct the course of its plans to meet it.”

Since not one of the countries in the survey was found compliant with the Paris targets, the CCPI authors left the top three spots on their rating chart blank and ranked the 57 countries plus the EU on a scale from fourth to 61st place. In that frame, Canada places 58th for overall performance, down from the coveted 55th spot in 2019. It comes in 29th for national and international climate policies, 54th for renewable energy, 56th for GHG emissions, and 61st out of 61 jurisdictions for per capita energy use and future energy targets.

The CCPI authors found that the European Union is on the verge of being Paris-compliant, while three developing countries—Morocco, Chile, and India—make the top 10. The EU places 16th in the overall ratings, Indonesia 24th, Brazil 25th, Mexico 32nd, China 33rd, Japan 45th, Poland 48th, Russia 52nd, Australia 54th, and Kazakhstan 55th—all above Canada.

“The largest fossil fuel exporting and producing countries representing less than 10% of global population, the United States, Russia, Saudi Arabia, and Australia, are rightly at the bottom of the table,” Höhne said. “They are among the highest carbon polluters and the highest energy consumers. None of them have any useful federal climate policy in place to reduce carbon pollution,” demonstrating “the influential power of the fossil fuel industries in these countries.”

By contrast, “we see many smaller nations like Portugal, Morocco, Chile, and others in Europe which perform much better,” he added. “To combat the climate crisis effectively, we need to dismantle the business model of the fossil fuel companies worldwide.”