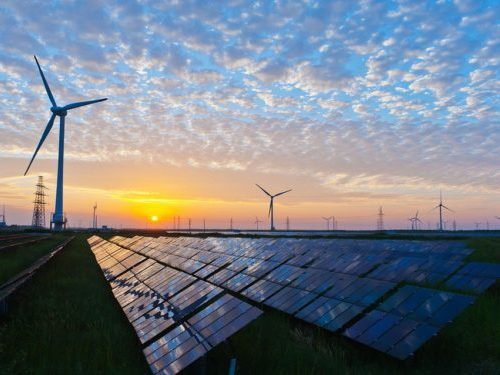 After releasing its splashy, new climate-friendly investment policy last month, asset management giant BlackRock is still considering new investment in a US$15-billion gas pipeline network, but is signalling deep, continuing interest in the energy options that will gradually drive fossil fuels out of the market.

“Awareness is rapidly changing, and I believe we are on the edge of a fundamental reshaping of finance,” BlackRock CEO Larry Fink wrote last month, in his influential annual letter to CEOs. “The evidence on climate risk is compelling investors to reassess core assumptions about modern finance.”

The evidence from BlackRock itself suggests it isn’t fully abandoning the fossil economy, but recognizes the massive opportunity in solar, wind, and storage.

On one hand, Greentech Media has Martin Torres, head of the Americas at BlackRock Real Assets’ renewable energy group, citing energy storage as a market “where we’ll see the opportunity set expand,” and the emergence of offshore wind in the United States as something his team is “eagerly watching”.

There’ve been no final decisions on the deal, and there’s no certainty that BlackRock or anyone else will proceed with bids [which might mean there’s still time to ask the Larry Fink team how this project squares with their new thinking on climate?—Ed.]

But Bloomberg puts the story in a wider context that includes a curious definition of economic diversification. “Abu Dhabi, the capital of the United Arab Emirates, is among Persian Gulf oil producers that are opening up their operations to outside investment to attract fresh capital and diversify their economies,” the news agency writes. “Adnoc has raised billions of dollars by bringing in partners for businesses including its refining unit and drilling business.”

But whatever it does with Adnoc, the world’s biggest asset manager seems to be receiving acknowledgement for its interest in non-fossil investments.

“Exactly what Fink’s announcement will mean for BlackRock’s fossil fuel investments remains to be seen,” Greentech writes. “But in the realm of renewables, at least, BlackRock’s green bona fides need little burnishing.”

The company first launched an equity fund focused on renewable energy in 2011, and “since then it’s played a major role in convincing institutional investors—think pension plans, insurance companies, and endowments—to look at wind and solar like they would any other infrastructure asset: boring, safe, predictably lucrative.” The first fund raised $600 million in investment; a few years later, a second one drew $1.65 billion.

So far, “BlackRock claims to have channeled $5.5 billion into more than 250 wind and solar projects around the world, a fleet that generates enough power to keep the lights on in Spain. And its appetite for renewables investment keeps growing,” Greentech says. Now, it’s working to raise another $2.5 billion, with $1 billion in hand as of December, and the third “vintage”, the Global Renewable Power III Fund, ready to make its first investments.

Greentech notes that “the difference between how the investing world looked at renewable energy a decade ago and the view it takes today is striking.”

In 2011, “BlackRock was the only big asset manager offering a renewables-only equity fund,” writes reporter Karl-Erik Stromsta. “The idea was to offer clients a ‘niche strategy’ in what was then commonly referred to as ‘alternative energy’. And it wasn’t an easy sell.” In just under a decade, “the landscape is almost unrecognizably altered”.

In 2011, with memories (and misconceptions) of the Solyndra solar bankruptcy still circulating, “people had these negative storylines in their head,” Torres told Greentech. “We really had to focus on the underlying economics of the projects and analogizing to regular infrastructure.”

Fast forward to today, and “you can’t have a conversation around investing in infrastructure without talking about renewables,” he said. “It’s now the single largest area of private market investable opportunities for infrastructure globally.”

And that’s with energy storage just beginning to seriously ramp up in the U.S. “As we think about the opportunity set for GRP III, we see more and more opportunity for battery storage,” Torres said, with a potential project mix that includes distributed or utility-scale projects, operating on their own or in tandem with wind or solar farms.