Andy Revkin recently published a post on his Dot Earth blog titled A Communications Scholar Analyzes Bill McKibben’s Path on Climate. In one of the videos that is embedded in the article, Matthew Nisbet describes Bill McKibben as a public intellectual and compares his activism on climate to that of Rachel Carson on the effects of pesticide chemicals.

Revkin provides this quote about the video:

There’s a lot of value in this short statement, including this framing explaining why global warming has been challenging for all kinds of communicators to address: 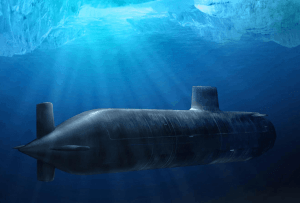 Though I am not a New York Times columnist or the founder of a large and growing non profit like 350.org, I am vain enough to believe that I have something to offer on the topic of solving climate change. Instead of describing the work of scientists and trying to synthesize the solutions offered by technologists into some kind of coherent story to convince people that they should both care and take some action, I spend my early morning hours writing about a powerful tool that is based on my own research and experience.

Nuclear fission energy has almost magical properties. It provides massive quantities of the useful ability to do work (that is the technical definition of “energy”) without producing any greenhouse gases at all. It provides that incredibly valuable product from a tiny quantity of naturally occurring material that has few competing commercial uses. We have known about this gift for just 75 years, but within just a couple of decades after it was discovered it was already powering cities, large, fast ships and submarines.

The current fear of nuclear energy is a purely man-made construct; there is nothing natural about being afraid of a force that you cannot see, smell or taste and that rarely, if ever, harms anyone as long as it is properly handled. Anyone who has raised children knows that they are naturally fearless; they have to be taught caution around such dangerous objects as lighted fireplaces, neighborhood streets full of automobiles, and edges of a high wall.

Human beings had to be taught to fear nuclear energy. Despite what some might tell you, it was not an easy thing to do; in the first few decades after Hiroshima and Nagasaki, when the images and experiences of the bomb were freshest in the public’s mind, the support for using atomic energy was almost universal. People recognized that any fuel powerful enough to knock down a city with a single blow was powerful enough to solve many pressing energy challenges.

However, the sustained effort to teach people to be afraid of nuclear energy – instead of respecting its power and using its force for good – has been pretty successful in many places, including Vermont, the place that McKibben calls home. It continues to frustrate me when people who claim to be almost solely focused on fighting climate change and the fossil fuels whose use is a huge contribution to the problem refuse to acknowledge that their fear of nuclear energy is hampering their ability to succeed in their self-assigned mission.

Here is a comment that I left on Dot Earth in which I made my case that McKibben is simply not serious enough about climate change to overcome an imposed phobia or take the time to learn just why he and his followers have been taught to have that fear. I wonder if he ever stops to think about how his reluctance to use nuclear energy plays into the hands of the fossil fuel companies whose behavior he is trying to alter through his divestment campaign?

Though I applaud McKibben for his success in focusing attention on a “wicked” challenge, I continue to wonder why he has chosen to avoid support for the best available tool.

Fission can directly replace oil, gas and coal in many applications including power plants, district heating, industrial process heat and ship propulsion. On January 17, 1955, nuclear fission power demonstrated that it was capable of supplying reliable power in the most challenging environment imaginable – a sealed, submerged submarine full of breathing human beings.

In a world where we need reliable power to continue to do work and where we obviously need to take action to make that power cleaner, I fail to understand why climate activists like McKibben are so fearful of nuclear energy.

The technology, despite the scary stories told in the hydrocarbon advertiser-supported media, has a respectable safety record. There have been few, if any instances of anyone in the public ever being harmed by radiation released from a nuclear power plant. There are 0 cases of anyone being harmed by fine particulates, 0 environments being damaged by acid rain, and 0 fish being polluted by mercury released from nuclear plant smokestacks. (There are no nuclear plant smoke stacks.)

McKibben fails my test of seriousness about climate change. People who want us to do better on the issue (Hansen, Brook, Brand, Lynas, Monbiot, Moore, Cravens) have all determined that nuclear cannot be ignored.

The post McKibben is not serious about climate change appeared first on Atomic Insights.