There will be plenty of grid interconnection sites opening across the US as old coal and NG units retire. This is a well done analysis From Erin Mayfield in Jessie Jenkin's group at Princeton. Highly recommend.

The push comes as aging fossil plants have closed or faced economic pressure. 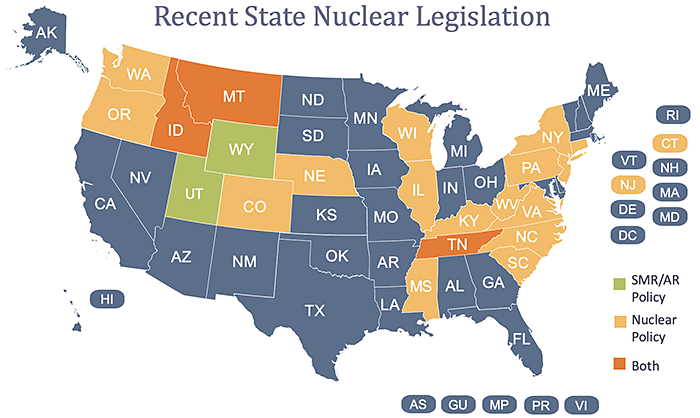 Renewables are a good deal for fossil gas producing states, especially in the windy central plains, since the two technologies work so well together.  Unlike fossil gas plants which remain cost effective when throttled to low capacity factor to make room from renewables, coal-fired plants tends to be less economical and less efficient at low capacity factor.

With the nuclear option, coal-fired plants can be closed or converted as clean generation is added, rather than being throttled-down and kept as very expensive on-line reserves.  So nuclear will be attractive on those grids, even if the levelized cost does not match that of renewables.

We should be using federal money to help with the coal-to-nuclear transition, because if there aren't enough paths to decarbonization to meet the needs of every state, we won't have enough of a consensus to move forward as a nation.

[That's the rational for why SMRs make sense from an environmental perspective; no doubt there are also stakeholders with a separate profit motive as well, perhaps it's a delay tactic.  All the more reason to fast-track the projects.]

We should be using federal money to help with the coal-to-nuclear transition, because if there aren't enough paths to decarbonization to meet the needs of every state, we won't have enough of a consensus to move forward as a nation.

I agree with urgency of this and attempting to fast track SMR projects. However, my reasoning is different.

If we don't have plans in place for using their existing interconnection sites then we could lose the opportunity to replace these locations with a zero carbon source.