Another Drop in The Ocean Climate change is both the challenge and opportunity of the century.

Its solution will be the greatest enterprise ever undertaken and the solution to a world where artificial intelligence could put as many as 30 percent of the world’s work force out on the street.

The following NOAA graph shows the inexorable increase in global temperature over the last 150 years. 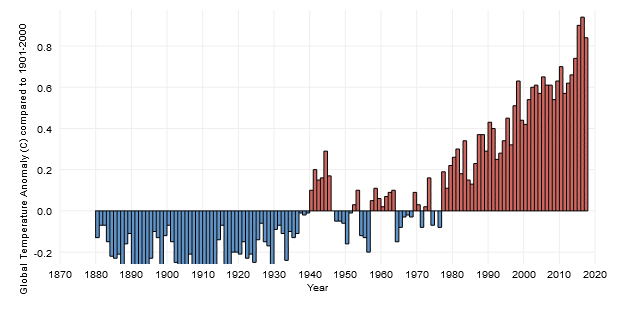 This warming hasn’t been felt uniformly, but its pace is inexoerable.

About 93 percent of this heat has accumulated in the oceans, whose size and heat capacity has lulled us into a complacency about the problem.

We are confronted daily with so many small and large problems daily we can’t seem to be able to wrap our minds around the enormity of the calamity that is barreling down upon our children.

NASA says the difference between weather and climate is a measure of time.

As the graph above demonstrates, we are running out of that commodity.

Climate change is a surface effect. Virtually all its consequences; surface warming, sea level rise, icecap melting, and storm surge are manifest on the surface.

About of 90 percent of the ocean warming is accumulating in the mixed layer, between the surface and 100 meters. These are accumulating about 335 terawatts worth of heat a year or about 18 times more energy than is currently consumed around the globe annually. Mostly in the latitudes 20 degrees either of the equator.

It also dictates, however, that a vapor moves from a region of high to lower pressure.

A low-boiling-point fluid can be boiled by surface heat to produce a vapor that can drive a turbine to produce work and the vapor then moves to 1000 meters where it is condensed to release the latent heat of condensation into the deep heat sink.

Heat moved to deep water is no longer available to drive hurricanes, produce storm surge or melt ice and the coefficient of thermal expansion of ocean water is half as great at 1000 meters as it is at the surface, so the heat will produce half the sea level rise.

The heat will return in about 250 years, at which time it can be recycled to produce additional energy and this way the heat of warming can be recycled until it is eventually radiated back into space.

In the meantime, these 250 years provide us with sufficient lead time to build out the infrastructure necessary to conquer the problem.

The approximately 1 watt per square per meter radiative forcing due to global warming is too diffuse to interest most power engineers but a triangle of equal sides of 735 meters (see below) is exposed to about 2 billion watts of energy a year. 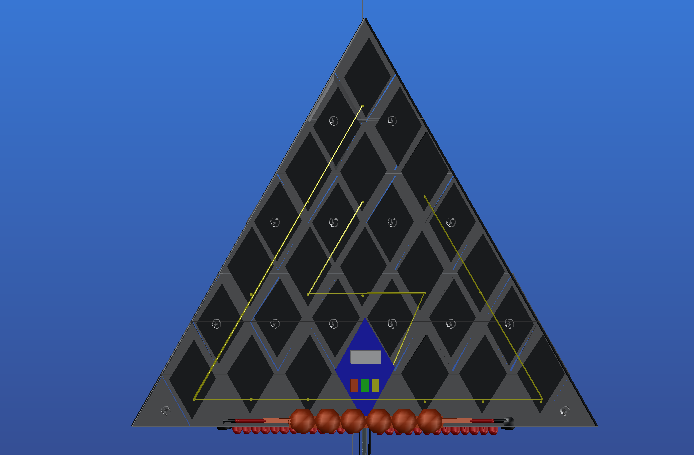 A tenth of this converted by ocean thermal energy conversion plants amounts to 200-megawatts of electricity and 125,000 of these plants can convert the heat of global warming to productive energy.

Each doubling of the size of these plants decreases their cost by about 22 percent and cuts the number of plants needed in half.

Energy Islands like the one shown above are ideal for grazing on the surface heat of the ocean, converting and relocating it into deep water.  The islands would be sectioned into 73.5 meter segments or smaller and would incorporate solar panels, wave concentrators, and some like the one below would have windmills that in tandem increase the output of systems by about 25 percent. 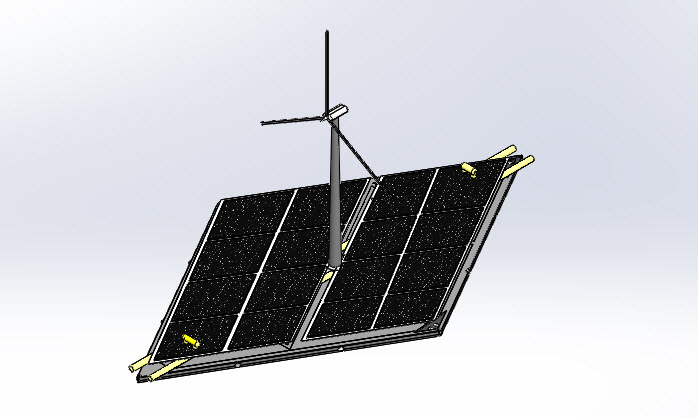 To move electricity produced in mid-ocean to shore necessitates its conversion to an energy carrier like hydrogen, which can be produced by an electrochemical process that consumes CO2 and produces carbonates or bicarbonates that neutralize the acidity of the oceans per the paper Negative-CO2-emissions ocean thermal energy conversion recently published by Dr. Greg Rau and this writer.

It is technology that solves the problem of global warming.

Instead of solutions, however, we are confronted by announcements like, Massive Canada LNG project gets green light as Asia demand for fuel booms masquerading as good news.

The once slow drip of heat into the oceans is becoming a rushing torrent.

Soon enough it will be too loud to ignore.