Energy powers our modern world, fueling innovation and improving living standards across the globe. But delivering access to reliable and affordable energy, while limiting its social and... 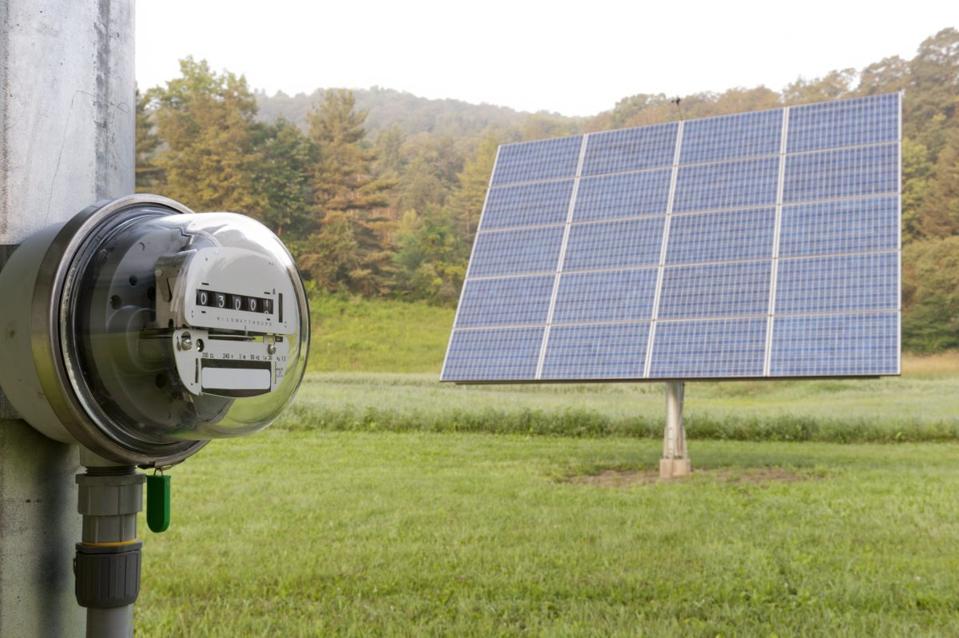 An electric meter with a solar panel behind it. Via iStock.

Almost 2,000 utility-scale solar plants could experience a shortfall in power next week big enough to light up Los Angeles—all due to a solar eclipse set to sweep across the country on August 21. While power operators stand ready and are confident that the steep drop in solar power won’t impact service, the event highlights an increasing challenge for utilities: managing intermittent power sources.

Over the last couple years, the United States has experienced rapidly rising levels of power generation from solar and wind—electricity sources that only operate on average for 25% to 40% of the time. In fact, of the new electricity generating capacity that came online last year, more than 60% was from solar and wind. And this spring, for the first time since 1984, utility-scale renewable power generation surpassed supplies from nuclear. Further, the influx in renewables is not just happening in this country. By 2040, Bloomberg New Energy Finance expects wind and solar to make up a third of global electricity supply.

Amidst increasing reliance on these intermittent sources, utilities need to leverage smarter technologies that can change the way we get, use and pay for power. One way they are changing how we pay for power is through dynamic, or time-based, pricing. Through time-based pricing models, utilities charge customers more or less based on the amount of supply and demand. On an especially sunny day, there may be more solar power generated than there is demand, lowering the price of electricity. Or, in the middle of a hot summer day, when people are cranking up their air conditioners, demand can spike, necessitating the use of more expensive electricity supplies, thus increasing the price of electricity.

A key advantage of charging customers based on supply and demand—and an insight from Econ 101—is that it encourages them to use power in ways that minimize system costs. Prices rise during peak times, incentivizing households to use less power, thereby easing pressure on the grid. Low prices overnight or during peak solar generating hours tell customers it might be a good time to run the dishwasher. It sounds like a win-win. But, are such pricing models delivering results?

Perhaps. But maybe not the results utilities are expecting or hoping for.

Despite the benefits, the number of households choosing to take up time-based pricing models has historically been quite low, and mandating this pricing can be politically difficult. So, my colleagues and I decided to investigate what would happen if households were given more information about how opting for the time-based program would save them money. Further, what would happen if households were given a cash incentive to join?

We studied more than 2,000 households in Japan who could join a new time-based program that offered a low electricity rate during the morning and night, and a higher rate in the afternoon when electricity use was at its peak. Our goal was to measure what role information and incentives play in the customers’ decision-making. Some customers received very little information about the programs. Another group of customers was given information on how much their electricity bills would increase or decrease under the new plan. And a final group was given the same information plus a $60 bonus for switching. 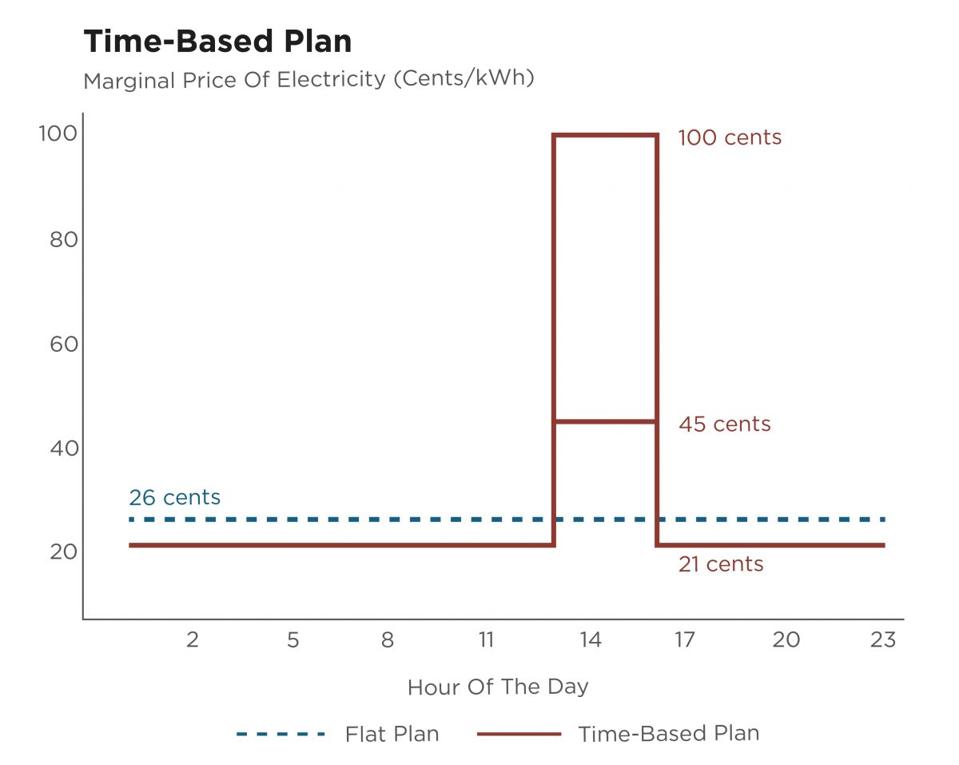 This figure shows the time-based pricing plan studied. Customers who switched to this plan paid 21 cents/kWh in off-peak hours and either 45 or 100 cents/kWh in peak hours, depending on the day. Peak hours were between 1pm and 4pm on weekdays. Customers received day-ahead and same-day notices about their peak hour prices. Ito, 2017 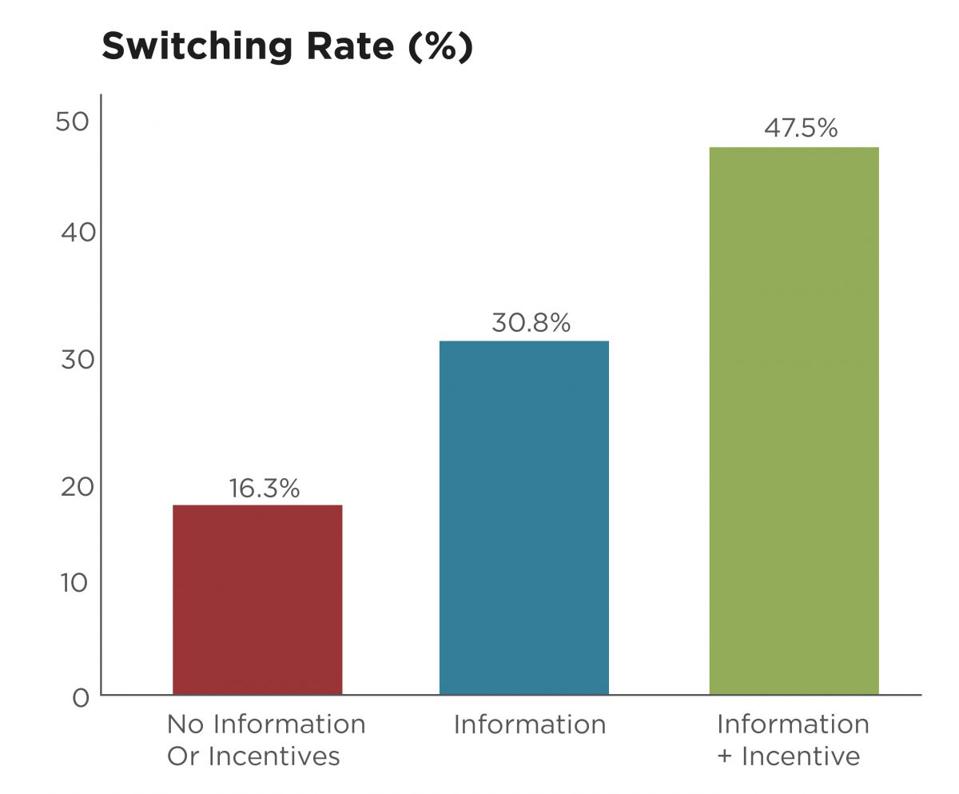 The percentage of customers who switched to the new plan. Ito, 2017

Participating in the program is a good first step. But, in order for the program to be successful, customers must then change their behaviors and conserve energy during the peak demand hours when the prices are higher  (45 or 100 cents per kWh, as shown in Figure 1). That’s where we uncovered a surprising result. The customers who were the most likely to change their behaviors and conserve energy were those who were not given any information or incentives to join. These customers reduced their electricity use by 20% on average in response to the high peak hour prices. Those who switched plans after being prodded with information were half as likely to adjust their behaviors in the end, and those given the incentive were also less likely. Why? We suspect that, in prodding them to join, customers who would not have otherwise made the switch did so, and that many of these customers were not fully motivated to change their behaviors. Alternatively, those customers who switched based solely on interest were more naturally motivated to conserve energy. 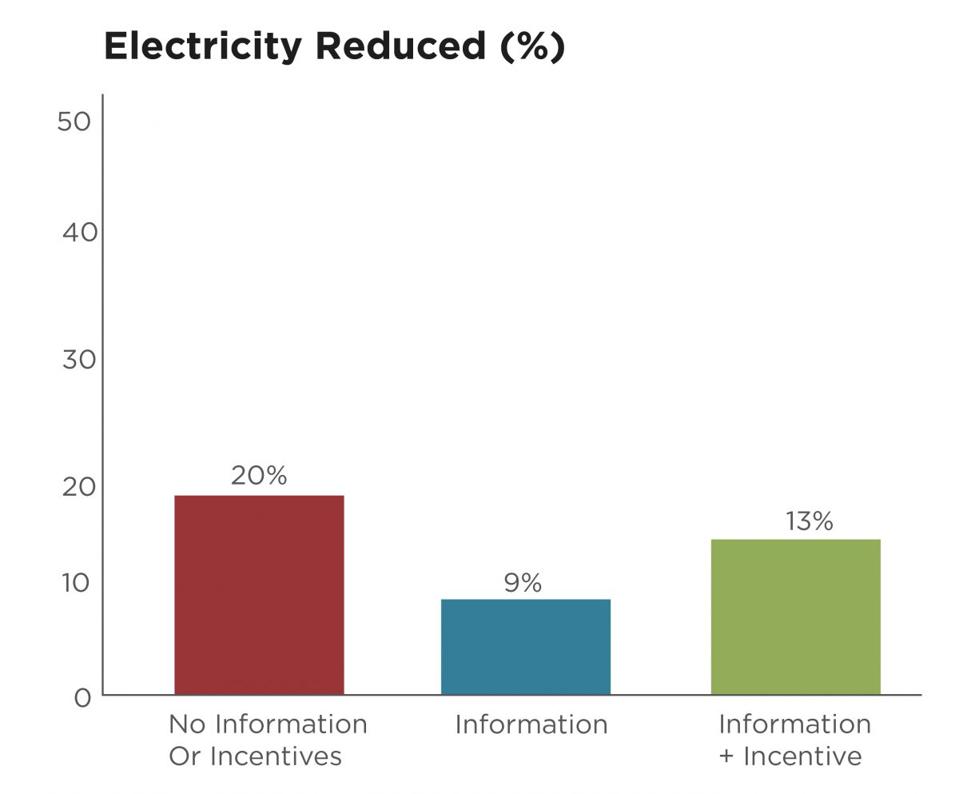 The percentage of electricity reduced for those who switched plans. Ito, 2017

This is a cautionary tale for the future of time-based programs, which are now beginning to spread around the country. From Maryland to Oklahoma to Washington State, utilities and state governments are testing out various programs to use time-of-use rates to shift electricity demand to optimal times.

In all of these cases, policymakers and utilities want to attract more people to be part of the programs. But, to be successful, they will also need to find ways to sign-up customers who will change their behavior and conserve electricity at times when power use would be at its peak. Only then can the win-win promise of time-based pricing be fulfilled. And, only then will these programs be successful in contributing to a smarter grid, armed and ready for a future where it will be increasingly important to optimize grid operations and match supply with demand in ways that boost reliability and reduce costs.