The Clean Coalition has partnered with a homeowner in Montecito, California, on an exciting project to manage the development, deployment, and standardization of two Solar Microgrids on the estate, one for the main home and the other for a guest house and orange tree orchard. Solar Microgrids feature solar+storage, as well as microgrid controls, to allow islanding during electric grid outages and to provide indefinite solar-driven resilience for the most critical loads — and resilience for all other loads for substantial percentages of time.

The homeowner is motivated by a desire for the unparalleled economic, environmental, and resilience benefits of Solar Microgrids.

As significant as these benefits are, the value of the Solar Microgrids goes far beyond one homeowner. This state-of-the-art residential Solar Microgrid project will serve as a showcase and blueprint that other residential estates can follow, throughout the Santa Barbara region and well beyond.

The two Solar Microgrid systems will allow the homeowner to:

Additionally, the project aims to:

The Clean Coalition is managing the development of the project through a solicitation process to select a single solution provider who will design and install the system, as well as perform ongoing operations & maintenance (O&M) for at least 10 years. A request for proposal (RFP) was issued in early June 2020, with the aim to contract the solution provider by the end of June. The project is expected to be operational by 31 October 2020 — just four months after the project is contracted — in anticipation of California’s fire season and before the Investment Tax Credit (ITC) drops from 26% to 22% on 1 January 2021.

After contracting the solution provider, the Clean Coalition will serve as the homeowner’s representative throughout the installation phase of the project, guiding decisions, managing the project schedule, and answering questions. The Clean Coalition will also provide ongoing monitoring & verification (M&V) to ensure that the operational Solar Microgrid performance is consistent with expectations.

This Spanish-style estate in Montecito, California, has two electrical services that power the home and an onsite orange tree orchard. The property has ample options and space to install the solar+storage — the guest house roof alone, the preferred siting choice, has sufficient solar siting opportunity for more than half the electricity load at the site, across both meters. There is also a ground-mount opportunity on a south-sloping hillside at the northeast portion of the site, but the hope is to use rooftop surfaces and avoid consuming any ground space. 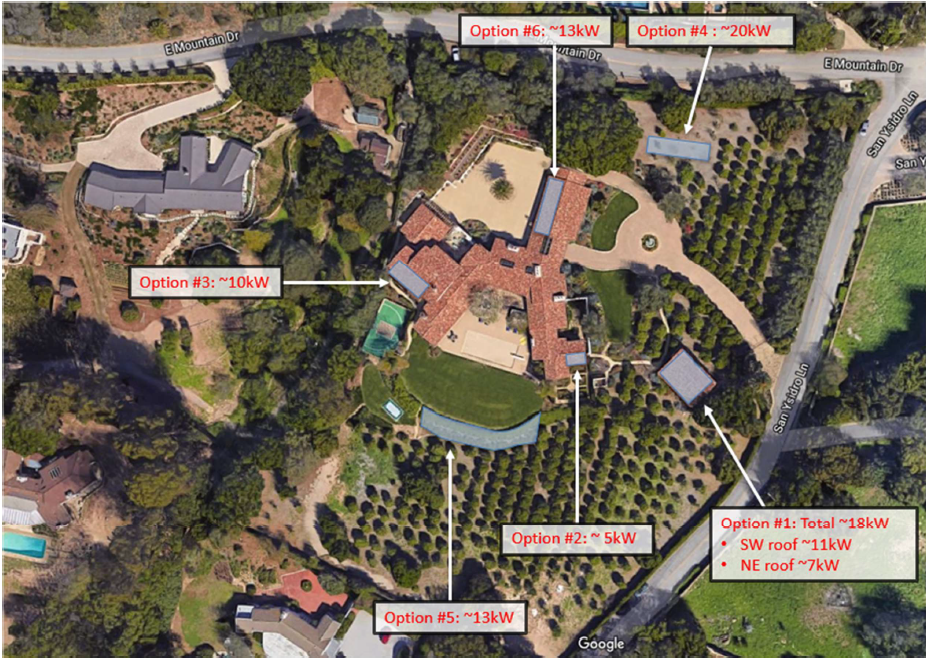 Solar siting opportunity on the property.

Value of Resilience (VOR) is significant

Electricity loads have varying levels of importance. Therefore, the process of provisioning energy resilience relies on allocating loads into different tiers so that energy can be provided to critical loads first, priority loads second, and all other loads thereafter. The Clean Coalition has developed a methodology, VOR123, for allocating loads into the following three tiers:

The average anticipated resilience, in terms of percentage of time online, is:

Resilience levels by load tier for a solar+storage microgrid at UCSB with a net zero level of solar and storage energy capacity equal to 2 hours of solar production (1 MW of solar and 2 MWh of storage).

For this residential Solar Microgrid project, Tier 1 loads have been identified as refrigerators and freezers, a kitchen range, the electric gate, and a number of lights & plug-loads. Tier 2 includes communications facilities and additional lights & plug-loads. All other loads are Tier 3.

The solution provider selected for the project will be responsible for provisioning specified Battery Energy Storage Systems (BESS) capacities for daily cycling for at least 10 years from Commercial Operation Date (COD); the specified capacities are required for achieving the expected economic and resilience performance. While BESS energy capacity reserves might be needed to comply with battery degradation and battery warranty requirements, those reserves cannot impact the BESS energy capacity that is available for daily cycling over the full minimum 10-year O&M period. The state-of-charge (SOC) that is required for the specified level of resilience (SOCr) should be dynamic and regularly recalculated in response to solar and load forecasts such that the maximum level of BESS energy capacities are always available for economic optimization. 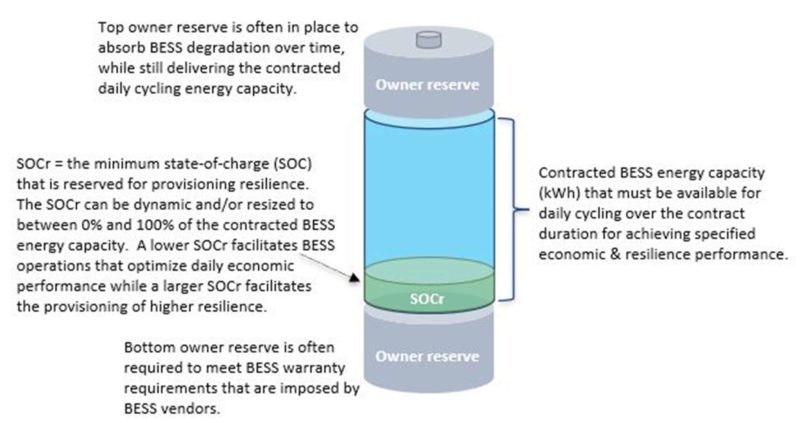 What sort of lessons are hoped to be learned from this project? Are these strategies innovating ontop of what people were typically doing? And if so, what are the hopeful results that can then be exported for other projects?

The main innovation in this project is the state-of-the-art VOR123 methodology, which allows loads in addition to the critical electric loads to be kept on for much of the time. An important part of that is the SOCr algorithm (state-of-charge for resilience), which dynamically and regularly recalculates the BESS state-of-charge in response to solar and load forecasts — ensuring that the maximum level of BESS energy capacities are always available for economic optimization, while also ensuring that the necessary levels are available for resilience.

Our goal is to provide a model and blueprint that others can follow, as well as to lower costs as the result of lessons we learn as we go through this project.

Craig, what's the expected total cost of this system?

Hi Bob, answering for Craig: The real question here is, What is the value of this system? The homeowner is expected to get an IRR of about 10% based on bill savings, capex, and opex. In addition, the homeowner gets the resilience benefits of this system for free.

For consumers, both value and cost are real questions, and any calculation of IRR assumes cost of capital is paid in advance. If the system's installed cost is $10.4 million, it will be unaffordable for all but the wealthiest Americans.

Not surprisingly, this pilot project will be installed in Montecito, CA - an area with some of the most spectacular and expensive real estate in the United States. That installing two solar microgrids might make Oprah Winfrey or Rob Lowe feel they're being "green" is irrelevant to the global fight against climate change.

Ironically, in 2018 Montecito was the location of one of the worst mudslides in California history. How would two solar microgrids offer any kind of resilience for the owner of this home? 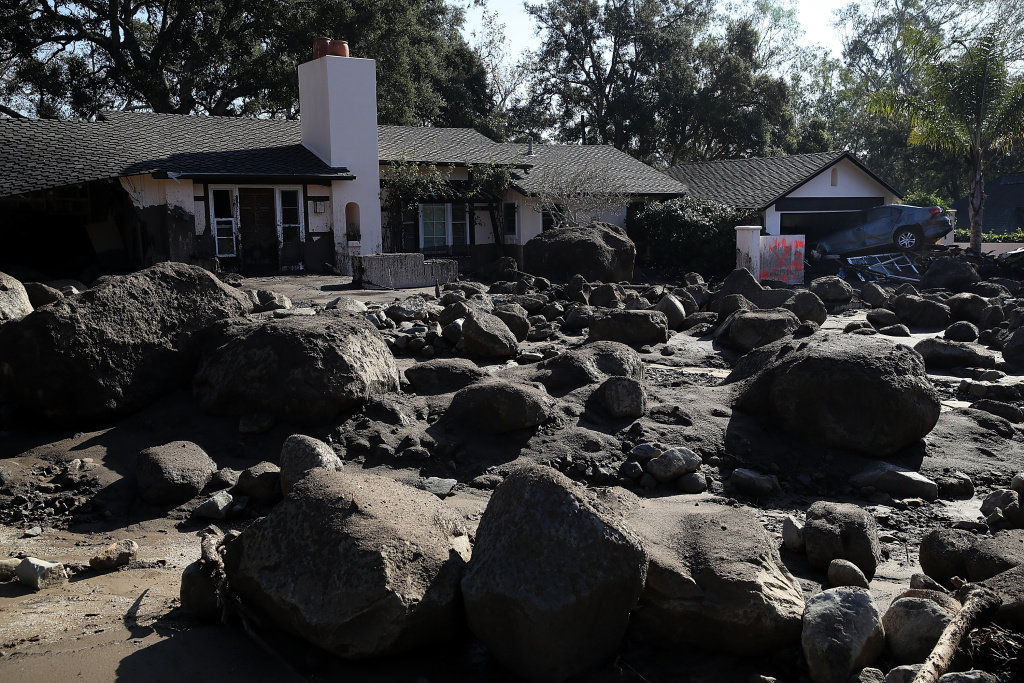 The homeowners installing these microgrids are early adopters who will help pave the way for others. It has to start somewhere, and we will learn lessons from this project to inform future ones, as well as developing a process that others can follow. No one thinks a Solar Microgrid is a panacea, but it will provide energy resilience when the power grid goes down in this disaster-prone, transmission-vulnerable region.