All models are wrong, but some are downright deceptive. 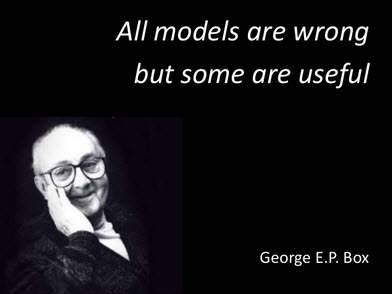 And then there is the reality presented by the Nobel laureate Frank Sherwood Rowland, “What is the use of having developed a science well enough to make predictions if, in the end, all we're willing to do is stand around and wait for them to come true.”

And then there is the obscene practice of manipulating data to suit an agenda, as the Inter-Governmental Panel on Climate Change (IPCC) has been doing for the past 31 years, as exposed by David Wasdell of the Apollo-Gaia Project in his 2014 presentation, ‘Beyond the Summit’ Sensitivity, Target Temperature and the Carbon Budget.

This submission draws heavily from the Wasdell presentation, which although five years old is all the more poignant since the problem of global warming has done nothing but fester and grow in the interim.

Fig. 1 is from IPCC’s fifth assessment reports published in 2013/14 relating to the cumulative effect of greenhouse gas (GHG) emissions and the implications for temperature rise. The bottom scale shows the cumulative CO2 emissions from 1870 onward in gigatons of carbon (GtC) and to the left is the temperature anomaly relative to the period 1861-1880 in degrees Celsius. The top scale tracks gigatons of CO2, which is 3.67 times heavier than carbon. The Representative Carbon Pathways (RCPs) are plotted according to the various GHG concentrations. 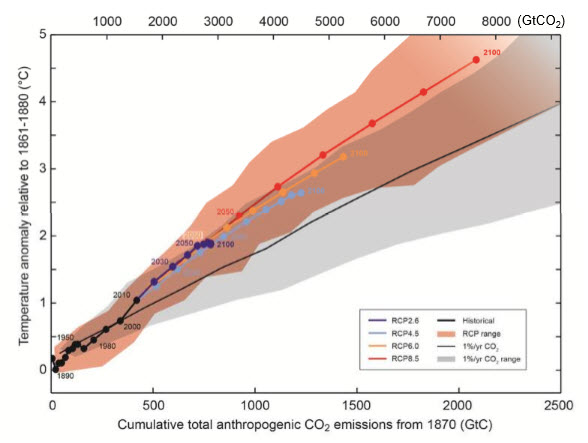 The visual, produced for the Summary for Policymakers, is the basis on which the available carbon budget is determined and is probably the most significant and most influential strategic piece of visual information ever produced by the IPCC but according to Wasdell is misleading and is unfit for policymaking.

The ratio of global temperature and cumulative carbon is only approximately constant. It is an interplay of several compensating carbon cycle and climate feedback processes that operate on different time scales, depend on modeled sensitivity and carbon cycle feedbacks that are uncertain. Thus, emissions for a given temperature target are uncertain.

Nowhere in the Summary for Policymakers is the dependence on climate sensitivity noted.  In fact, it is taken out of the equation so, the conclusion in the basic scientific text is 'allowed emissions for a given temperature target are uncertain'.

Most models show the relationship between cumulative carbon emissions and temperature as a fairly straight line, but almost no models consider the possibility that long-term feedbacks will change the picture.

Fig. 2 changes the upper scale of Fig. 1 from GtCO2 to parts per million (ppm) and draws a straight blue line (the “Charney” sensitivity) from 0 through the dotted blue lines indicating 560 ppm, which would be a doubling of the preindustrial CO2 level and its intersection with 3 degrees Celsius. In 1979 the National Academy of Sciences, chaired by Jule Charney, estimated climate sensitivity at 3 °C with a tolerance of 1.5 °C and this range has appeared in every greenhouse assessment since. 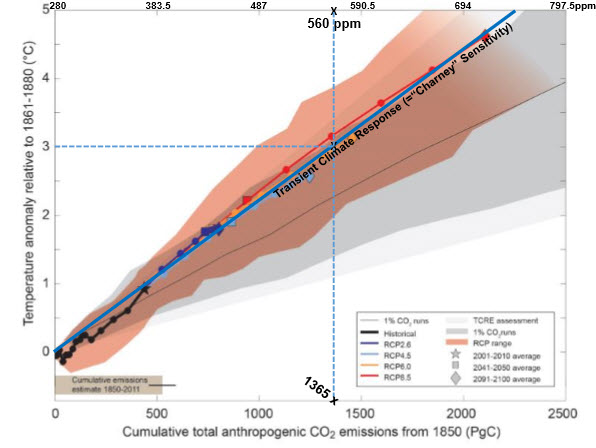 Fig. 3 demonstrates that there are other influences besides CO2 emissions associated with climate change. 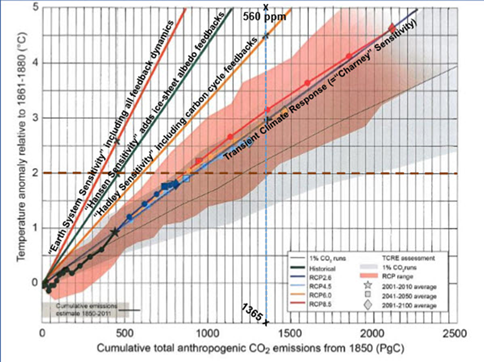 Earth System Sensitivity includes all feedback dynamics based on historical data that show the way the earth has responded to changes in temperature in step with changes in carbon dioxide concentrations over millions of years.

These feedbacks successively compress the quantity of CO2 necessary to produce a given temperature as the slope of the feedback’s rise.

Fig. 4 starts to explore the detailed relationship between sensitivity and total carbon budget for a given target temperature starting with 2oC. The solid horizontal bars show the available carbon budget in blue and in red for carbon overshoots. Note that virtually every politician and most policymakers claim there is a carbon budget to play with without going over 2 degrees, beyond which most climate scientists acknowledge “catastrophe” lays. Considering the other sensitivities, however, we are all already well into the red. For a target of 1.5oC, the goal of many at the 2015 United Nations Climate Change Conference in Paris shown in Fig. 5, there is no climate budget and the overshoots range of between 31 and 394GtC.

Fig. 6 shows the overshoots for a 1oC target, where we’re at today, and Fig. 7 overlays the three targets and shows that instead of having a supposed carbon budget of 200GtC we have a carbon overshoot of 464Gtc.

And if that wasn’t enough, the grey bar shown in Fig. 8 represents the non-CO2 GHGs and the dark purple band in Fig. 9 represent the latent but unfulfilled promises of the international community concerning climate change.

Fig. 10 is the business as usual scenario, and Fig. 11 demonstrates a projected equilibrium temperature of 5.3°C, even with current GHG levels because the effects of the non-CO2 GHGs are currently mostly completely masked by the “global dimming” effects of atmospheric particulates that will end with the termination of fossil burning.

As Wasdell says, “emissions reduction on its own cannot deliver the goods.  We must have a two pronged-strategy of stopping all further emissions and reducing the atmospheric stock, drawing down from the atmosphere much that is already in place.  Only that kind of dual strategy, within a time span that is appropriate for the earth systems behavior, will enable us to achieve the agreed objective of avoiding dangerous climate change.”

All of which will no doubt be a massive downer for Geographical Information System proponents.

We already have all the geographical information we need to address global warming and in the opinion of this writer the knowhow how to solve the problem and how to drawdown CO2 levels as well.

We just need to stop standing around waiting for our nightmares to come true, which almost assuredly will happen if we rely on the garbage we are being fed by the IPCC.

As James Hansen has warned us, “It’s just bullshit for them to say: ‘We’ll have a 2C warming target and then try to do a little better every five years.’ It’s just worthless words. There is no action, just promises. As long as fossil fuels appear to be the cheapest fuels out there, they will be continued to be burned.”

Again many thanks to Mr. Wasdell and his presentation, which can be read here or viewed here,  to which I have undoubtedly not given adequate homage.

Jim, cast me as a moderate in assigning the blame for all the problems of the world on growth. After reading Ehrlich's Population Bomb in 1968, I too was concerned about the hundreds of millions of deaths from famine which would occur during the 1970s. But they didn't happen.
If you haven't already, I highly recommend The Bet, the story of the bet between Ehrlich and contrarian Julian Simon, which examines in depth more the problem of predictions than growth. That Ehrlich lost the bet - that he was wrong - IMO, is not as important as accepting the Precautionary Principle as our guiding one: we should plan on the worst possible outcome, and be overjoyed when it doesn't happen.

“What is the use of having developed a science well enough to make predictions if, in the end, all we're willing to do is stand around and wait for them to come true.”

Harrowing words that scientists, engineers, and the like all around read and shake their heads.

Bob, the “Charney sensitivity" shown in Fig. 2 tracks pretty much what has happened to date.  Three degrees of warming for a doubling of CO2 is unacceptable and the other sensitivities are essentially  warming in the pipeline. I am pretty convinced that pipeline is full and its contents are headed our way.

No argument here, Jim. In my book, anyone who accepts the conclusions of Jim Hansen as among the best has a head on his shoulders.

I notice a general hesitancy among geophysicists and climatologists to discuss energy choices. Has Hansen ever submitted an opinion one way or the other on OTEC?

Bob, Carbon Brief reports today, Direct CO2 capture machines could use ‘a quarter of global energy’ in 2100  which the paper they are quoting says is more than half of today’s global final energy consumption.

Where do the geophysicists and climatologists think this energy is going to come from?

The paper says that this 50 EJ/year of electricity will produce an additional 200 EJ/year of waste heat.

As to your question, I have tried to apprise Mr. Hansen of my opinion but he has never offered an opinion.