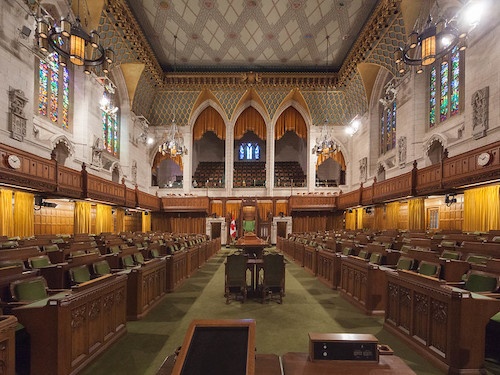 Just days after unveiling its long-awaited Net-Zero Advisory Body, the Canadian government is receiving some pointed advice on how to toughen up its new climate accountability framework, Bill C-12, to deliver on a legally-binding net-zero target by 2050.

C-12 is “core” to reversing the country’s trajectory of rising greenhouse gas emissions, and “if a strengthened bill passes, Canada would join the worldwide momentum to bring emissions down to net-zero by 2050,” writes climate scientist Corinne Le Quéré, in a post this week for The Hill Times. However, “for the legislation to succeed, it needs to be set in a way that guarantees the achievement of the climate targets. Net-zero is not just a future goal, but a journey which must be set upon with a clear path and strong governance structure for delivery, that is based on science and scrutinized by climate and energy experts.”

Le Quéré, a Canadian climate scientist who chairs France’s High Council for Climate and serves on the UK’s independent Climate Change Committee, points to her own research to underscore the need to get C-12 right: published this week in the journal Nature Climate Change, the paper showed emissions falling in 64 countries between 2016 and 2019, but rising in Canada (though even the top performers still need to do much better).

In her own experience in France and the UK, “I’ve seen the critical importance of getting climate governance right,” she writes. “It is the key to driving the low-carbon transition—giving government the framework to set effective policies, businesses the clarity to plan and invest, and citizens the confidence to embrace a greener and cleaner future.”

The UK framework, with its emphasis on five-year targets set well in advance of the deadline, “demonstrates how the combination of a legally binding net-zero target, a clear pathway of binding interim targets, backed by up-to-date data and indicators of progress, and supported by expert independent advice and scrutiny with a visible public presence, can successfully deliver sustained cuts in emissions while maintaining a strong and growing economy,” she adds.

But while Le Quéré agrees with Canadian climate hawks’ initial assessment that the Canadian Net-Zero Emissions Accountability Act is an “historic opportunity”, she also echoes their urgent calls to strengthen the legislation. “Canada’s legislation needs an immediate, science-led, and ambitious five-year emissions reduction milestone, beginning in 2025, to drive a green recovery from the pandemic, in addition to the 2030 milestone already planned,” she writes.

The bill should also augment the new Net-Zero Advisory Body’s ability to “hold government to account, with a duty to regularly assess and report to Parliament the government’s progress on emissions reduction. Should this assessment find progress insufficient, government should be obliged to respond with a concrete action plan for getting back on track.”

With Bill C-12 headed back to the House of Commons this month for second reading and its own executive director, Catherine Abreu, taking a seat at the Advisory Body table, Climate Action Network-Canada is out this week with an assessment of the government’s work so far on climate accountability. While the community perspectives on the Advisory Body are essential, “we still need clarity on who the government of Canada will turn to for essential advice on pathways that will get Canada to zero emissions and adhere to international best practices that use carbon budgets as a tool to ensure steady, certain, and equitable progress toward milestones on the path to long-term goals,” CAN-Rac writes.

“It is also unclear how or whether this body, or another agency, will monitor and assess governments’ progress in getting us there,” the network adds. “One notable absence in the Advisory Body’s terms of reference is the role of accountability. Currently, it does not have the mandate nor the resources to assess whether the government’s actions are on track with its ambition.”

CAN-Rac has also been one of the organizations pushing for amendments to strengthen the Emissions Accountability Act. “While we welcome the new Advisory Body, there is still work to be done to make C-12 the rigorous framework Canada needs for its climate action to match its rhetoric,” the network writes. “The legislative process, particularly in the context of the current minority Parliament, offers us important opportunities to amend the Bill.”

Abreu made much the same point when C-12 was introduced in November.

“This is the first time a sitting government has introduced climate legislation in the House of Commons,” she told The Energy Mix at the time. But the Canadian climate community has “plenty of work cut out for us through the legislative process to improve this bill, because it’s not there. It’s not the robust piece of legislation we need to make sure Canada never misses another climate target. To make sure it’s set up to drive up ambition, especially in the near term, we need the 2025 goal and a stronger 2030 goal enshrined in law.”