PJM recently added 8 more coal units to their future deactivation page.  The total for coal deactivation on PJM is now over 9GW due to retire before June of 2023.

Nationally, over 25 GW of coal will retire before the end of 2023. With new announcements coming on a regular basis this number is likely to grow.

Below is screenshot of scheduled PJM coal deactivations. 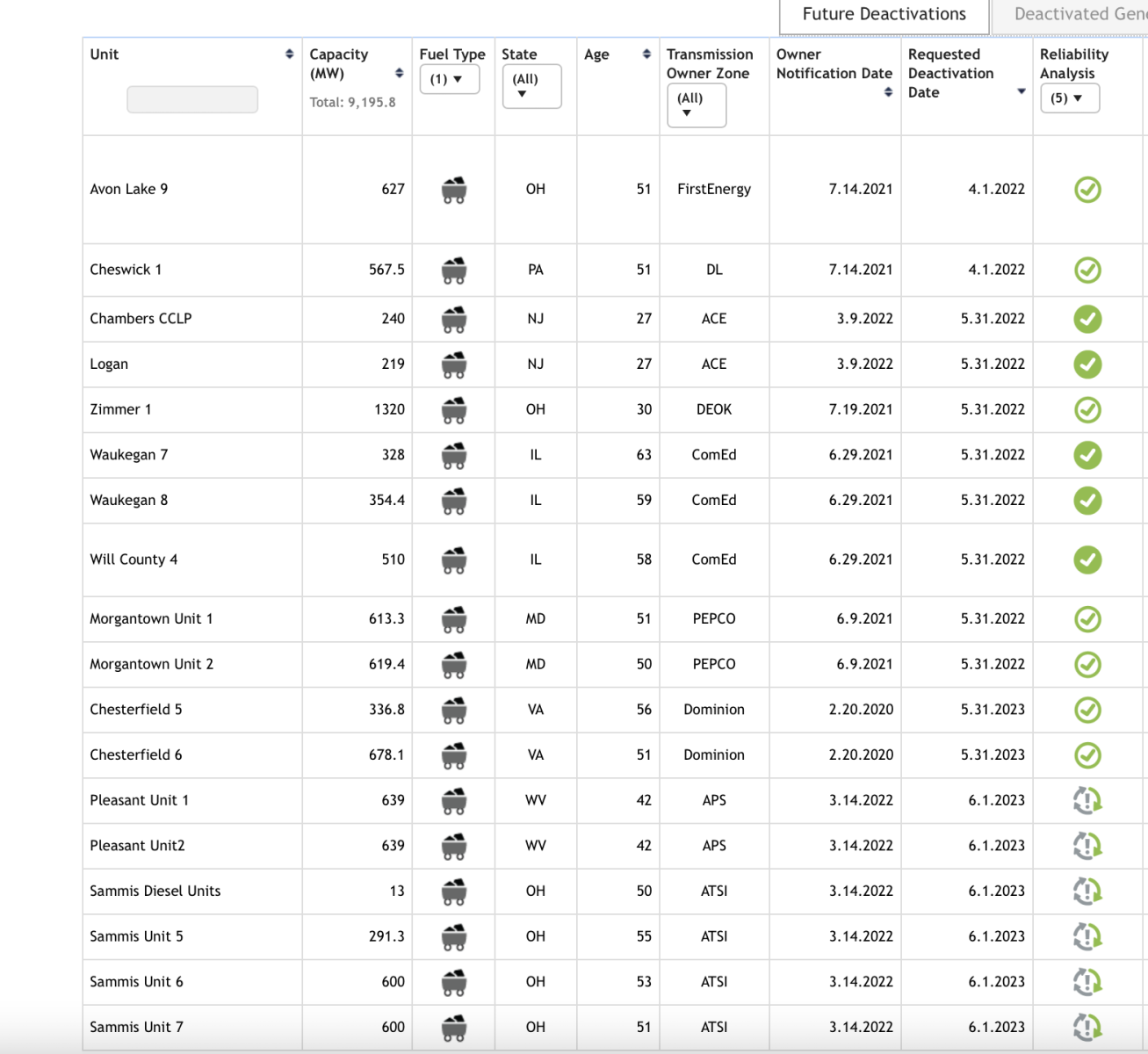 Based on your observations, with what frequency do these closures happen in line with the initial schedule? Do they get extended at the last minute with any appreciable regularity or is this typically a suitable barometer?

The reply below focuses on PJM closures but the same to national closures.

Once in a while a scheduled closure might get postponed. However, usually when they make it on this list and PJM approves it's a done deal.  Note, the bottom six units on the list above still have to be reviewed/approved by PJM to make sure their closures don't affect reliability.

If I were to guess at what units might be postponed I would say the two units in WV - wouldn't be that surprised if they passed a law to keep those open.

Also remember, that sometimes utilities don't give much notice to PJM - For example the Chambers and Logan units are closing less than 3 months after they notified PJM. So, we can expect the 2022/2023 closure list to have additional entries before the end of next year.

If you click on the link I provided for PJM Deactivations you will see a tab for previous "Deactivated Generators".  This will give you an idea of units that have already closed.  As you can see from the breakdown both 2022 and 2023 are gonna be solid years for coal closures on PJM. Final note: PJM reports 52 GW of coal capacity left as of 06/01/2021. So basically almost 1/5 of remaining capacity will retire over the next two years.

By year, here is the coal capacity that has closed on PJM grid  (unit = MW)