2013: A validation year for industrial biotech

Speaking of the recent BIO Pacific Rim Industrial Biotechnology summit, my ex-boss kindly forward to me a recent report from investment firm Jefferies & Company on their key takeaways about several discussions coming from the conference.

According to Jefferies’ equity analyst Laurence Alexander, 2013 will be a key “validation year” for most biobased chemicals and next generation biofuels technologies.

“The nascent renewables industry is seeing differentiation on the use of sugars, oils, and, increasingly, syngas as potential feedstocks. Given the range of biotech and thermocatalytic conversion processes, the variations in related co-products, and the differences in the level of new infrastructure investment that will be required to support feedstock collection and product commercialization, the first round of projects will exploit “pockets of opportunity” where local arbitrages and incentives reinforce each other.”

“Companies such as BASF, DSM, DuPont and Novozymes will likely use the next 5 years to evaluate which technologies and feedstocks are most likely to cement market-leading economics.”

Alexander pointed out that DuPont’s bio-isoprene project in collaboration with Goodyear is on track and has reportedly achieved all key production metrics except yields (currently around 80% of target), with corn sugar as the initial feedstock and work on other sugar feedstocks ongoing.

DuPont is protecting this effort with more than 200 patent applications (~35 families), and expects to move on to a pilot plant validation.

Other bio-based chemicals activities that could change industry scale in the next 4-6 quarters, according to Alexander, include:

Finally, Alexander said they still expect BioProcess Algae (a JV between ethanol producer Green Plains, Clarcor Inc. and BioProcessH2O.) to establish process economics in 2013, which could transform the investment thesis on Green Plains.

Jefferies also expects that around 250m gal/year of US cellulosic ethanol capacity are expected to be onstream by 2014.

By the way, ICIS just released the winners of this year’s Innovation Awards and according to Roland Berger Strategy Consultants, innovation (and capacity activities) in the industrial biotechnology arena is indeed speeding up but it will still take time for these technologies to emerge and mature…like bioplastics and oleochemicals (lipids-based chemicals).

Before I forget, I just wanted to congratulate this year’s ICIS Innovation awardees: Clariant, Dow Chemical, Novomer, and Rhodia. 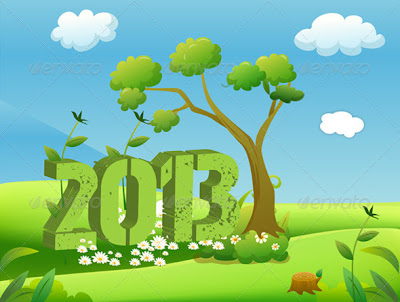 Perhaps worth including: the Fall, 2012 U of Minn. Food/Ag/Nat Resources Journal reports field testing of biochar soil benefits as part of biofuel co-production. Their publication is called, "Solutions, " and the issue is called "The Global Issue." A lot of momentum has built up in this science, as you describe.